Gardner stands behind Trump administration after classified briefing on Iran 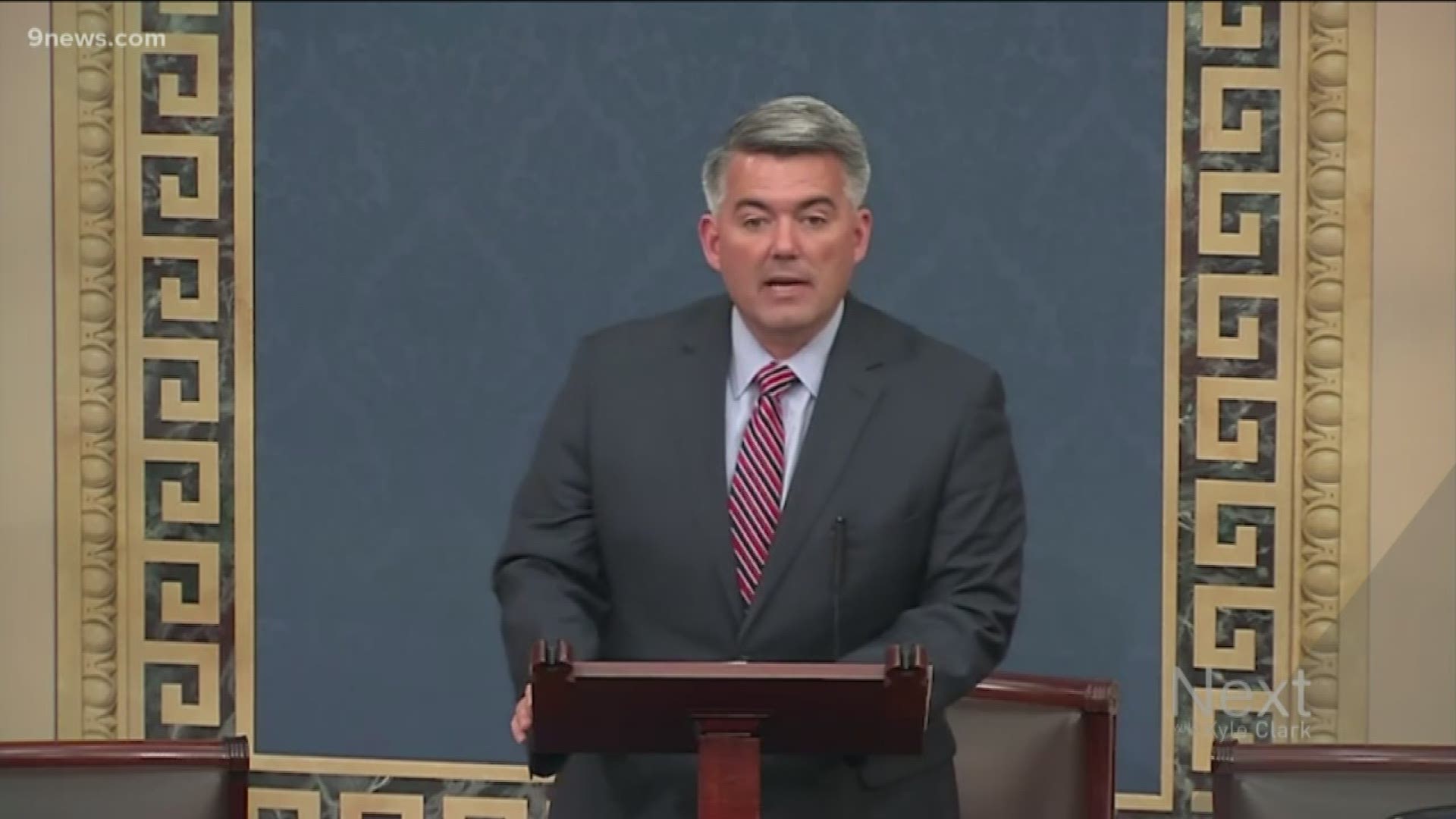 WASHINGTON — Speaking on the Senate floor Thursday, U.S. Senator Cory Gardner (R-Colorado) praised President Donald Trump and his administration for their handling of the situation in Iran.

“The president made the right call at the right time to neutralize the threat and to save American lives. Imagine having done nothing, having done nothing and allowing the attacks to proceed,” Gardner said. “At yesterday’s classified briefing, General Milley and our national security personnel made it clear -- the death of General Soleimani saved lives.”

The briefing Gardner referred to was a classified briefing on the airstrike that killed Iranian Gen. Qassem Soleimani, held by the Chairman of the Joint Chiefs of Staff Mark Milley and other high ranking security officials on Wednesday.

“I commend the administration for taking decisive action last week in Baghdad against Tehran-backed terrorists planning an imminent attack on American targets. The administration’s action, with regard to Qassem Soleimani, was not only decisive, but necessary and legal under longstanding presidential authority to protect American lives from imminent attack,” Gardner said.

Not all of Gardner’s fellow Republicans emerged from the briefing with the same support for the administration.

While U.S. Sen. Mike Lee of Utah said he supports the president, he condemned the briefing as the “worst” one he’s seen on a military issue. He said he left the meeting lacking details on the airstrike, and under the impression that further military intervention shouldn’t be up for public debate.

RELATED: How often is Michael Bennet participating in Senate votes?

“I find that to be absolutely insane,” Lee said. “I find it insulting and I find it demeaning to the Constitution of the United States, to which we’ve all sworn an oath.”

Lee stood with U.S. Sen. Rand Paul (R-Kentucky) while addressing reporters. Both said they would support Democrats in a resolution to limit Trump’s unilateral war powers and reinforce Congress’ power to declare war.

Gardner has offered no indication that he would support the resolution.