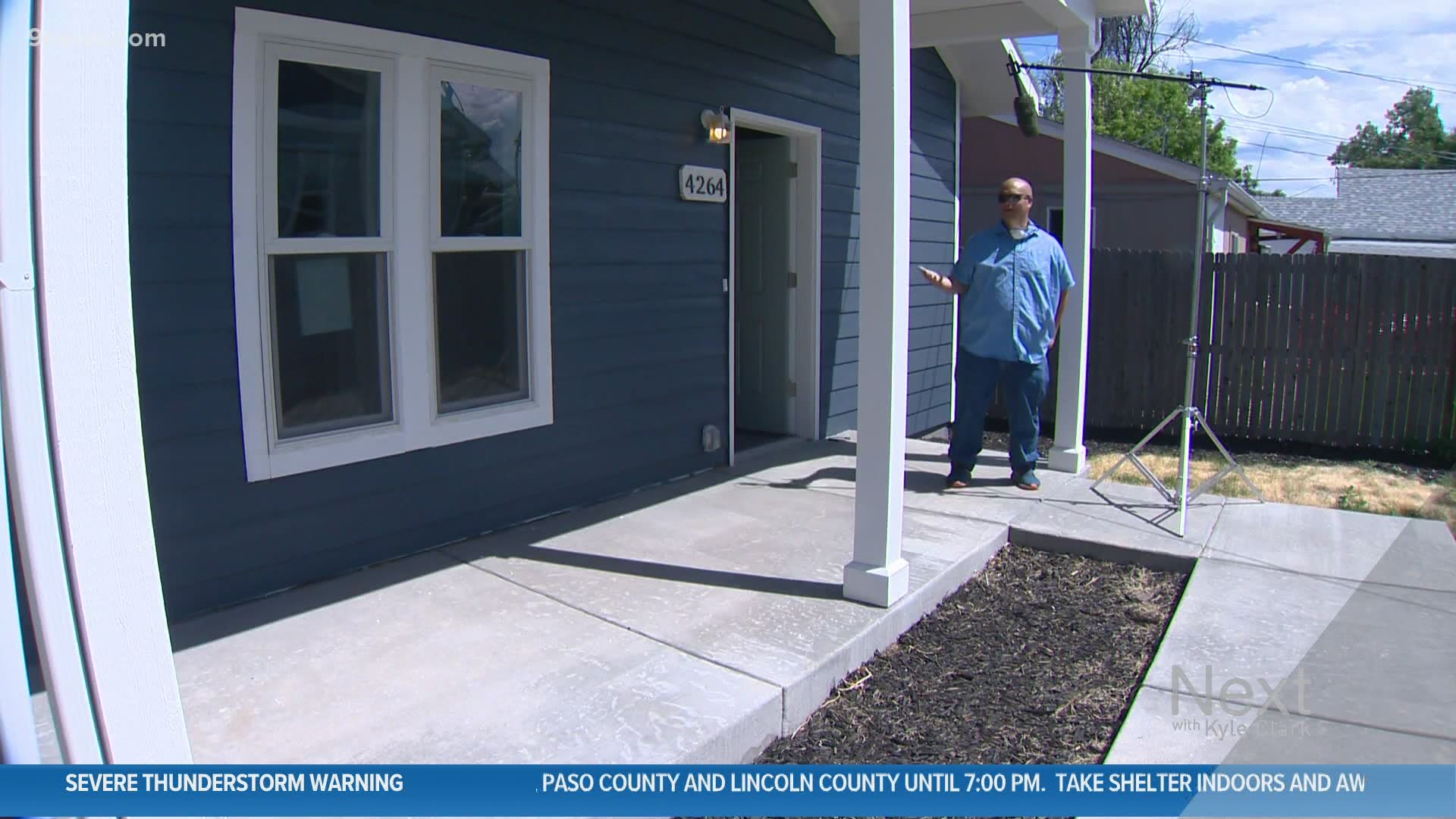 JEFFERSON COUNTY, Colorado — Two years ago, Green Mountain High School implemented a program that has since spread to more than 500 high schools nationwide.

It involves students using math to build homes for Habitat for Humanity.

Now, GMHS's first home-building project is being given to a family in need.

“Surreal excitement…we’ve known about this house, we’ve been working for it about eight months, and we always felt like something else was around the corner,” said new homeowner Phillip Stonaker.  “Today when they handed us the keys and they were in hand, 'We finally did it’ is what we were saying and giggling to each other and daydreaming about everything we could do with this space.”

The house is part of the “Geometry in Construction” program that helps high school students build an industry-certified home as part of their math curriculum.

“This is just a little one-bedroom house that’s put in the backyard of an existing house,” said Geometry in Construction Co-Creator Scott Burke.  “The family that’s going to receive both houses on the same property will be able to use this to help supplement their income.”

Burke is also the contextual learning coordinator for the Jefferson Country School District and said the classes teach math through the process of building houses.

“We’ve seen increases in math scores, we also have a great component of career and technical education of training students that are eventually going into the careers of the construction industry," Burke said.

JeffCo Schools has brought the program to high schools like Green Mountain, Columbine, Chatfield, JeffCo Open School and McClain Community with plans to implement it in Arvada, Pomona and Lakewood High Schools next year.

The hope is to spark interests in contextual jobs like trades, architecture and civil engineering.  In March, the program was put on hold due to the COVID-19 pandemic.

“We were building on four houses in JeffCo this past school year, right before the pandemic,” Burke said. “As soon as the pandemic happened and they had us moving to remote learning for the remainder of the school year ... the construction part had to actually stop but the math part was able to continue and keep going.”

Burke said even though the process has taken a while, the whole experience has been an amazing for him and his students.

“That’s a life-changing event for them, it’s a life changing event for us as teachers…but then also for the family that’s going to receive this house as well,” he said. “It’s just a really great feeling knowing that we’re doing a small part to help people out in a great big deal.”

It’s a day Stonaker and his family have been waiting for.

“Just two years ago for myself, I actually spent a little time camping in a park so to now to be a homeowner…and career and family it's amazing right now," he said.