Get to know Kiowa, the Trumpiest county in Colorado

The small town of Eads, Colorado is a closer drive to Kansas than Denver, when it comes to politics. 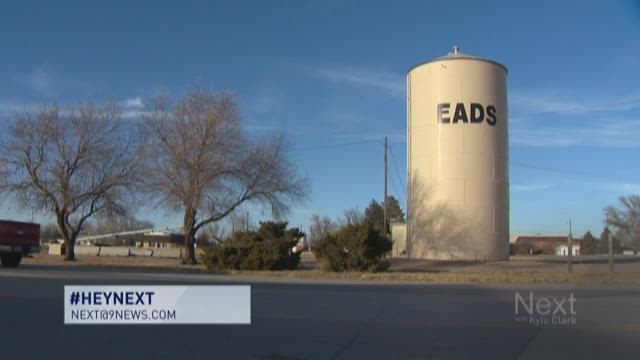 The small town of Eads, Colorado is a closer drive to Kansas than Denver -- and it's also closer to Kansas politically.

People here voted like birds of a feather, together for Donald Trump. Trump actually won more than 85 percent of the vote in Kiowa County, making it the "Trumpiest" county in Colorado.

To the people living there, a President Trump is a welcome change.

“I think that it was just about taking back our country,” Chad Rouse says, sitting at a meeting of a coffee club at the Gas & Grill. “We reward the lazy and steal from the hardworking.”

People in this town know that a lot people, reading and watching this very story in Denver, worry about Donald Trump. People in Eads don't.

At the same coffee meeting is Pete, who says, “We damn sure didn't want Hillary, so what other choice did we have? Trump.”

You could have predicted Trump would win 85 percent of the election here. Heck, he won 85 percent at the high school’s mock election.

“I took votes of the students. I didn't have them take the votes home, but the influence of the parents…,” said Dawn James, a teacher and the county’s longtime GOP secretary. “That is polling in Kiowa County.”

James knows that plenty of voters around her were upset about how Trump spoke of minorities and women during the election, including her.

“That was deeply troubling and still is. But not enough to make me not vote for him,” she says.

Joe Shields, the mayor of Eads, says people voted against government regulation and Obamacare. And unlike other farmers, the ones here weren't so worried about Trump cracking down on immigrants.

VIDEO: The mayor of Trumptown, Colorado

You won’t find many Democrats in Eads. But ask around enough like we did and you’ll find Larry Watts, who didn’t vote for Trump.

“He talked long before he thought. His mouth kicked in and then finally, a little later, why, it seems like his brain kicked in,” he says.

Larry thinks his neighbors are a little too eager to criticize welfare, while cashing their own checks for farm assistance.

“I’ve never understood Kiowa County,” Larry said, laughing in agreement that his home probably doesn’t understand him either, based on the numbers.

But back at the coffee place, Larry the Democrat is welcome. They tell him to come in and pour himself a cup.

So if you can find civility between Trump and Clinton voters at the Gas & Grill, maybe, just maybe, there’s hope for a nation divided.