That's not a dinosaur skeleton at Denver Central Library. It's a giant chicken 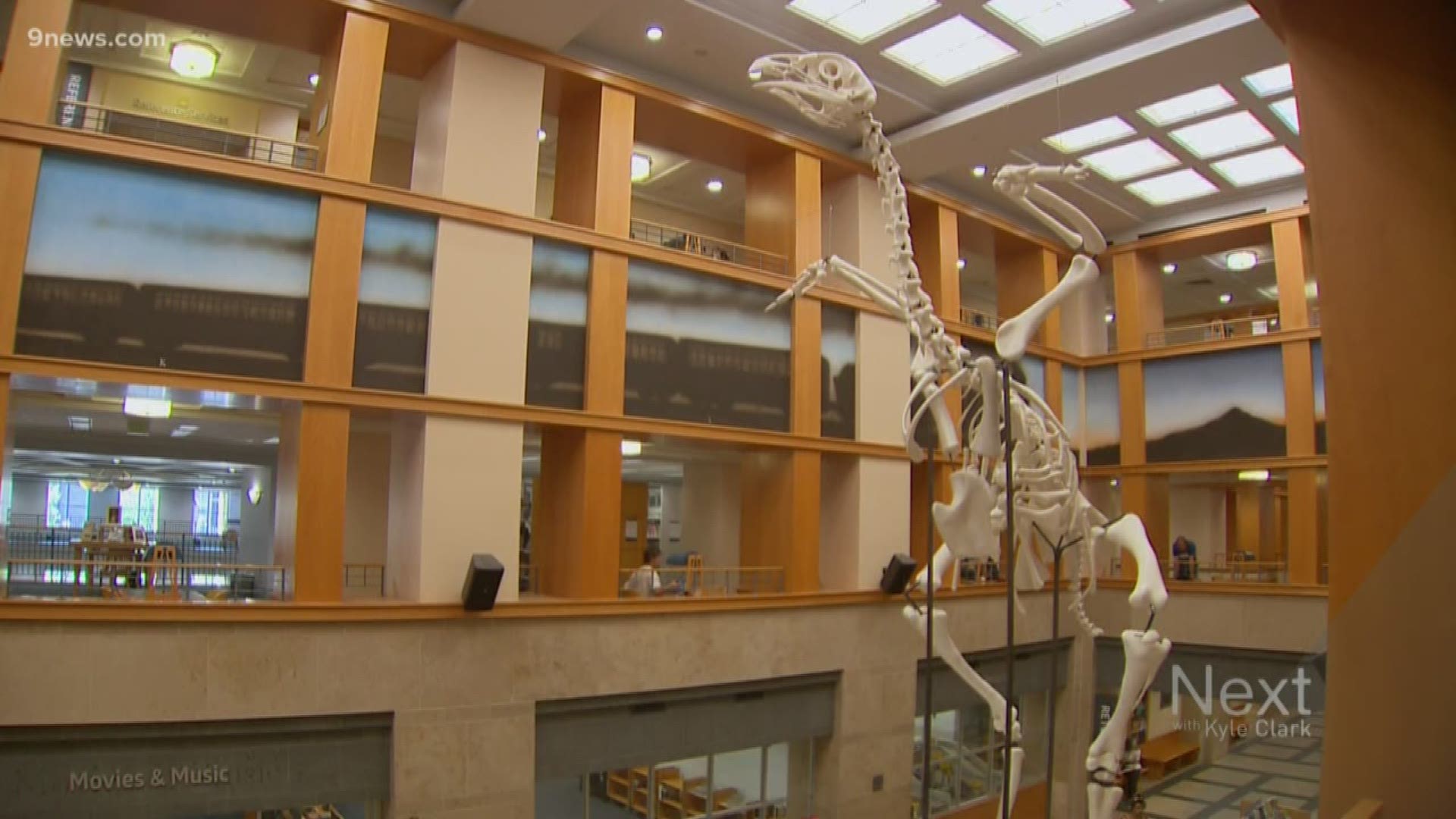 DENVER — What’s it like to be a giant chicken who lives in a library?

My official name is “Monument for the 308,” but my good friend Cortney Lane Stell just calls me "Chicky."

Cortney is the curator for Black Cube, a Denver-based nomadic art museum that installs art in places you humans wouldn’t typically see it — like a giant chicken in a library!

A few weeks ago, she brought me over from Germany. An artist named Andreas Greiner created me using a process called 3-D printing.

Even though my bones look like they did when I was a regular old 308 broiler chicken (just about 20x larger), people keep mistaking me for a dinosaur. I guess that was sort of Andreas’ goal.

“The broiler chicken, or the 308 chicken, is a representative for the Anthropocene which is the current geological era we’re in,” Courtney said.

Some scientists believe that because many of me and my fellow 308 chickens exist to help feed all you humans, our bones will be one of the most prevalent things as earth continues to evolve over the next several hundred million years or so.

“The artist is referencing dinosaur scale in order to allude to previous geologic eras,” Cortney said.

RELATED: What is Black Cube

The library at 13th and Broadway in Denver is an awesome place for me to be while here in Denver.

It’s open to everybody, so all kinds of people get to see me in all of my giant chicken glory. That was also Cortney’s goal.

“This artwork is a monument to humanity or a monument to the human impact on the world,” Cortney said. “I felt like sitting it within a building that is about human history."

I’m going to be here in Denver through Dec. 8. I’m part of a project Black Cube is working on throughout town called MONUMENTAL.

Come by the Denver Central Library and say hi sometime between now and then!

(Editor's note: Obviously this blog isn't actually written by a chicken — something we shouldn't really have to say, but here we are.)