Who runs the world? Girls. 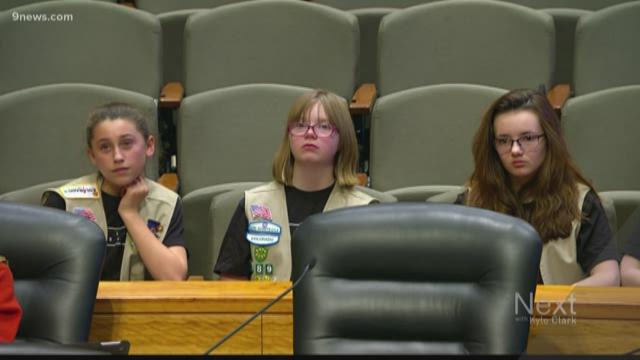 An idea proposed by a Girl Scout troop in Aurora is now a law.

A group of girls from Troop #60789 proposed an ordinance that prohibited smoking in a car with a minor present back in September.

That law was passed 6-5 Monday night, making it illegal to smoke in cars with anyone under 18 inside. However, it's a secondary offense, so you can’t get pulled over for that alone, but can be cited if you're pulled over for somethign else.

There were a lot of discussions back and forth with citizens of Aurora, and city council members. Some councilors worried that the new ordinance was a slippery slope, and it makes it unclear as to where other ordinances could draw a line. Others argued it was not enforceable, and it may put a financial burden on people who are in a lower income bracket and cited.

Regardless, it goes into effect next month.

The scouts involved, Amelia Malchow, Makenna Bathco, Micaela Morrill, Julianna Martin and Sofia Aarestad, were trying to earn the Silver Award, which is given to middle school-aged Girl Scouts who work in small groups to develop an idea that benefits the community while demonstrating knowledge of sustainability.

They're also combining the Silver Award with an effort to earn an environment badge.

The states that have enacted laws like this differ in how old the minor can be before it's a crime.