Gone, but not for long: A Line flaggers make a beeline to the G Line

Some flaggers along the University of Colorado A Line walked away from the crossings they have manned for two years on Friday evening. But they're only headed across town. 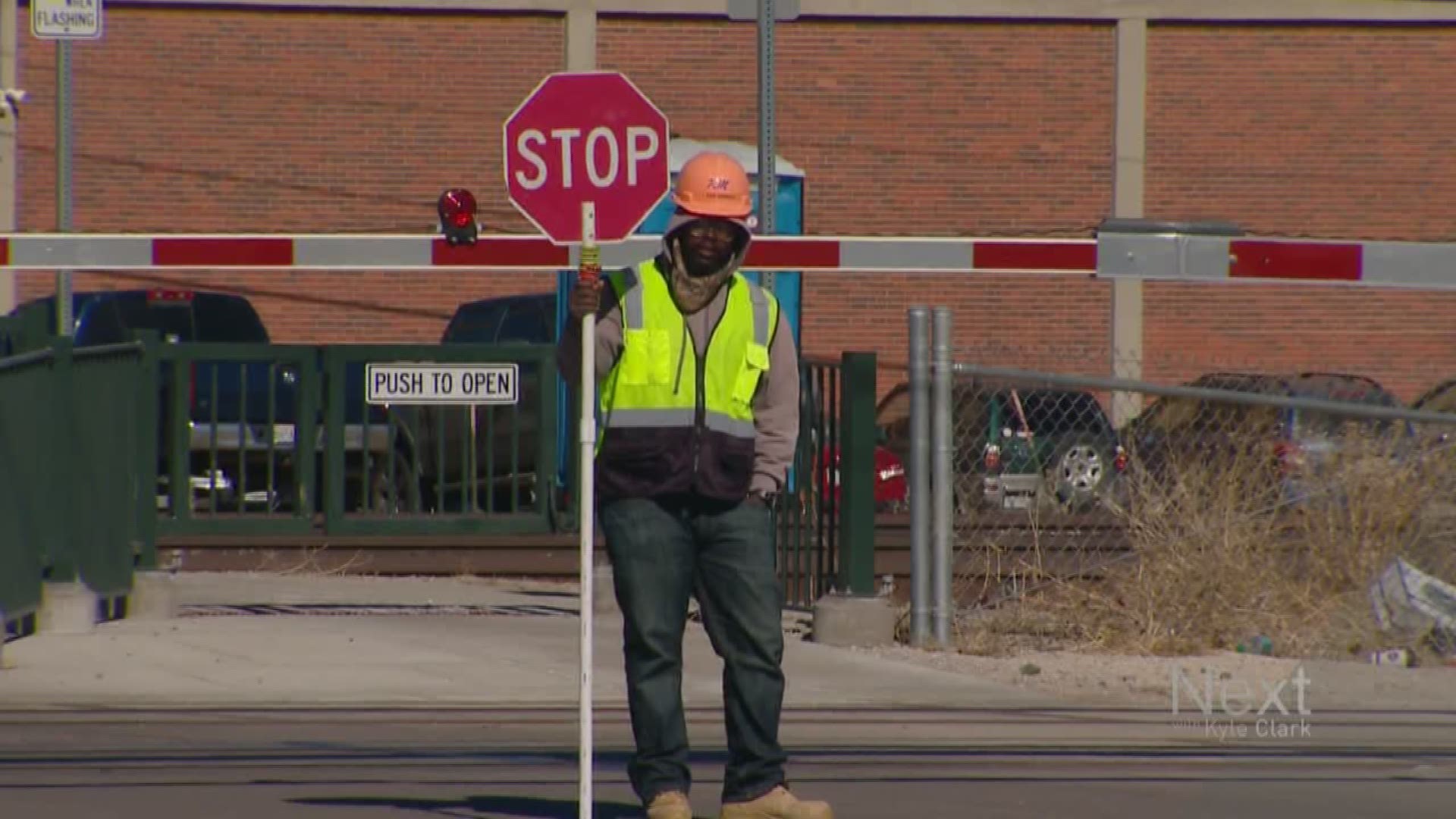 DENVER -- History has been made.

The world Dozens of you watched it happened.

The train to the plane - subject of much disdain - regained some reign in its domain, as the flaggers now refrain from blocking car lanes.

Translation? Some flaggers along the University of Colorado A Line walked away from the crossings they have manned for two years on Friday evening.

The guards have stood at each of the 11 crossings because of a timing issue with the gates, which would either come down too early or stay down too long. The Colorado Public Utilities Commission okayed the timing in March

Earlier this week, the state regulators said the flaggers could be removed from eight of the crossings. The PUC has yet to clear the remaining three crossings, but expect they will soon.

Next wanted to say good-bye to the attendants as they left their posts. We watched as Perry stalled cars for the A Line's passing for the last time. He then took off his vest, got into his truck and rode into the sunset.

Worry not for Perry, though. He and the other A Line flaggers will move over to the G Line, which has not yet been cleared by the PUC. The G Line uses the same operating system as the A Line, Positive Train Control.

The flaggers that have watched the G Line in its testing phase will be the ones out of a job. They are provided by a temp service.

The Regional Transportation District has not announced an opening day for the G Line.

Flaggers were removed from only four crossings Friday: Clayton, Steele, Holly and Dahlia. On Monday, they'll be gone from Havana and Chambers, and soon after, Sable and Monaco.

RTD wants to get the Federal Railroad Administration's approval for "quiet zones" eventually, meaning the horns will no longer blare. That consent will be easier to get once all the crossing guards are gone.

And don't you forget - once the train to the plane gets its final "all clear," and the horns go silent, Kyle will wear a yet-to-be commissioned "I Heart the A Line" shirt and a party hat, as seen below.