Democratic Governor Jared Polis' office put pressure on two small town newspapers to take down an article that was unflattering. 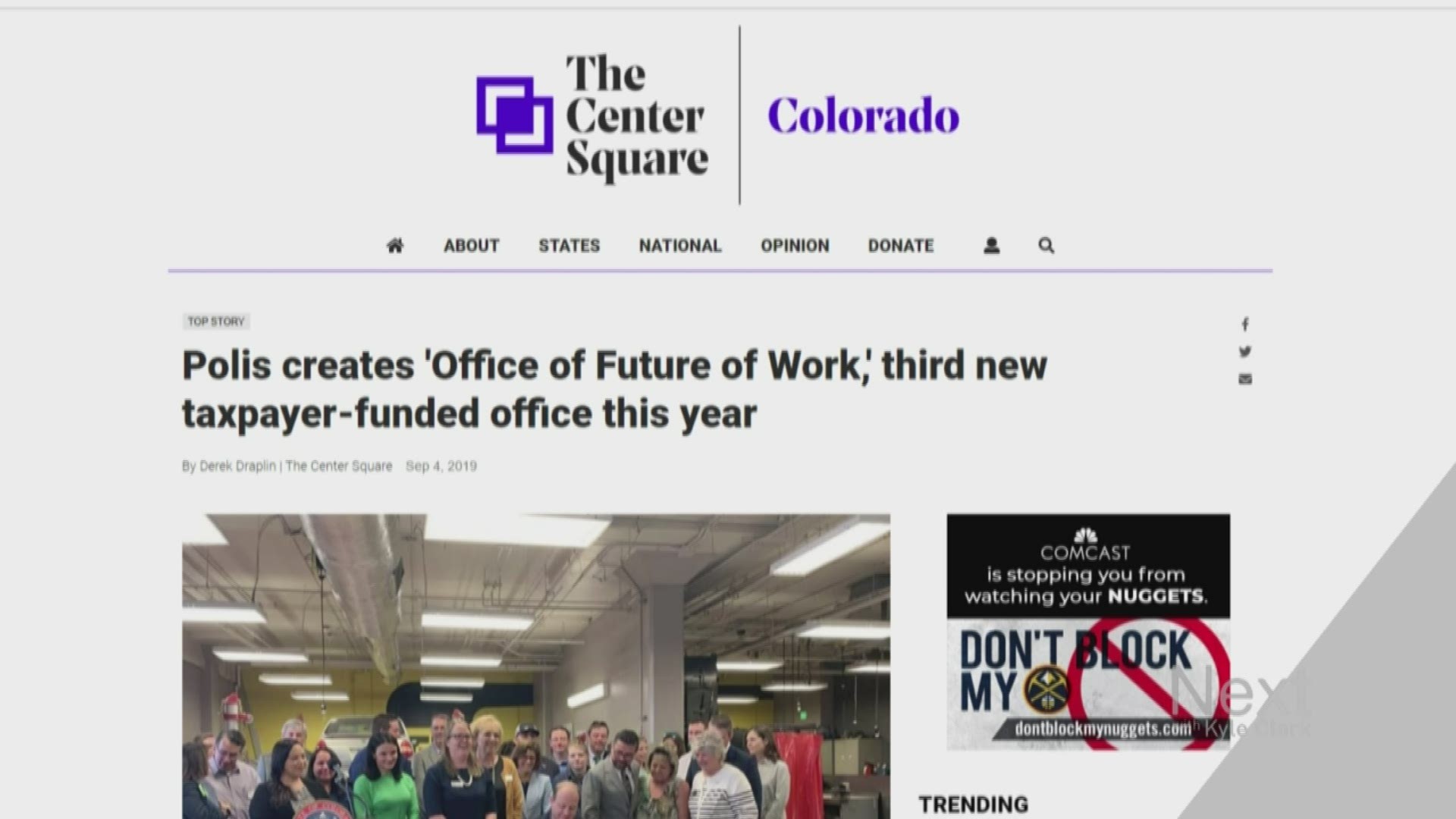 The article detailed Polis’ creation of a “third new taxpayer-funded office” during his first term.

The article outlined the Polis administration’s rationale for the Office of Future of Work and included a quote from a critic, Colorado Senate GOP spokesman Sage Naumann.

The story, published in newspapers including The Chronicle-News in Trinidad and the Kiowa County Press, was written by The Center Square, which reports on state government through a lens of fiscal conservatism.

Small news organizations are increasingly turning to outside organizations to provide news content to fill their pages. A number of outlets offer factual reporting through an ideological lens – from social justice to environmentalism to fiscal conservatism.

The Center Square is a project of the non-profit Franklin News Foundation, which says its mission “is to hold government accountable through objective, balanced, citizen-focused public journalism with a taxpayer sensibility.”

Polis’ spokesman Conor Cahill contacted the newspapers on September 5 requesting that the article be taken down from their websites. Cahill told the editors he did not believe The Center Square was “a reputable news source.”

The Kiowa County Press initially removed the article, according to emails obtained by 9NEWS, but later restored it when Polis’ office could not identify a factual inaccuracy in the report.

The editor The Chronicle-News in Trinidad pushed back immediately on September 5.

“I see no issue with the story,” editor Eric John Monson emailed Cahill. “Very surprised you would make such a request.”

Monson told 9NEWS he initially thought the request to remove the article was a hoax. When he realized the governor’s office was really leaning on him to take down a story, Monson said he was shocked.

“Just kinda flabbergasted,” Monson said. “Disheartened and dismayed that would come from a state office.”

Governor Polis and his staff have not always held such a dim view of The Central Square.

Polis’ own Facebook page shared a favorable article from The Central Square in June. The story heralding job growth in Colorado appeared in the Montrose Daily Press and was shared via Polis’ Facebook page.

When asked by 9NEWS on Wednesday, Polis’ office stood by the decision to pressure the news organizations to remove the unflattering article.

“When we looked into this group and discovered that it was not an objective wire service, but instead a branded website funded by the Koch Brothers’ political organization, we were alarmed that it was being reprinted by reputable news outlets in the state,” a Polis spokesman said in a written statement. “Newspapers can publish whatever they want to, anywhere they want, at their own prerogative, but the public is served best when articles by partisan organizations are placed in the opinion section or branded accordingly.”

Monson said The Chronicle-News would not stop publishing The Center Square content due to pressure from Polis’ office.

“We had vetted them previously,” Monson said. “We will keep them.”

An account of the incident, written by The Center Square, was posted to The Chronicle-News website by Wednesday evening.