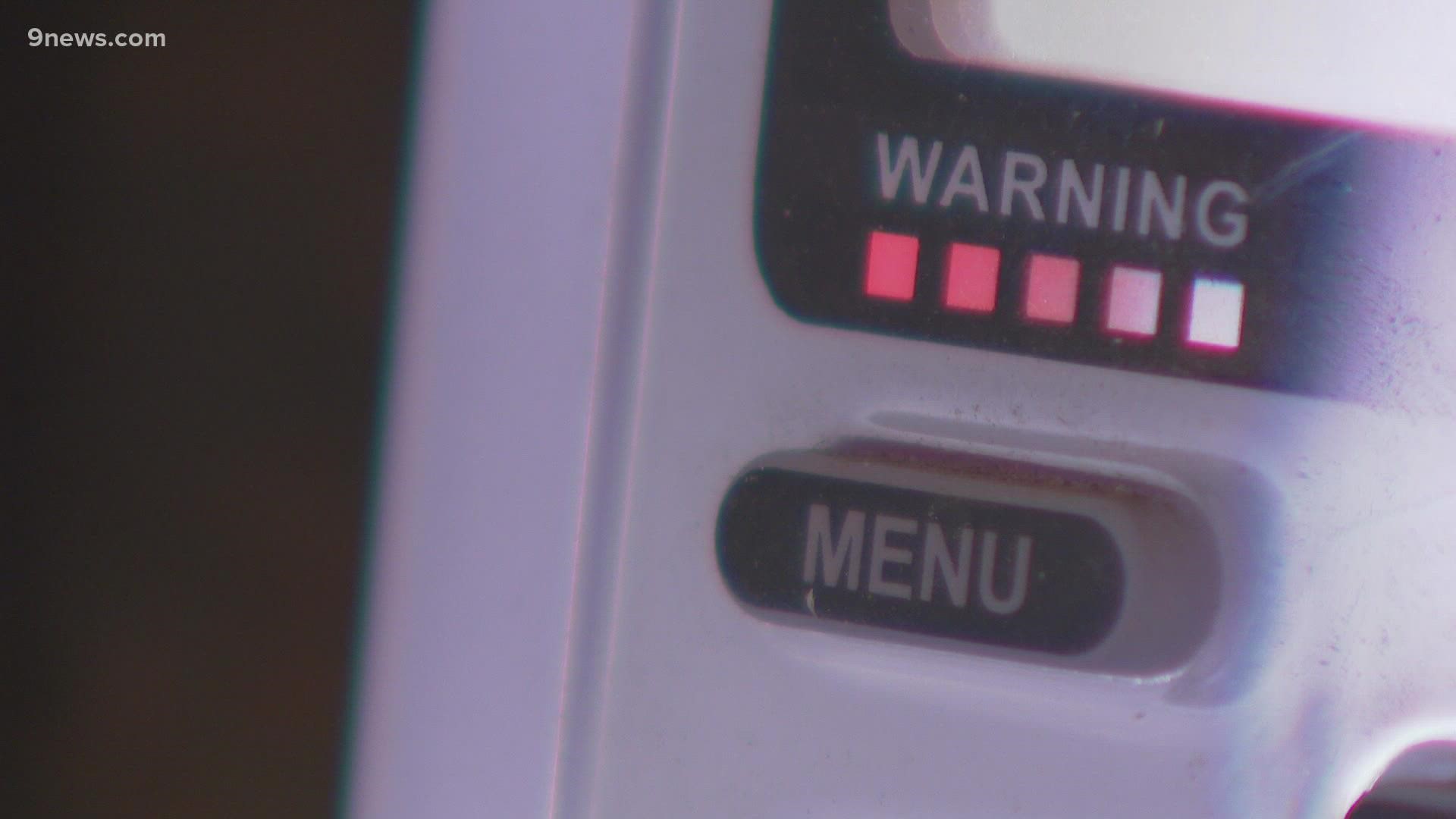 GRAND COUNTY, Colo — Our reliance on cell phones can take us a long way, but when there’s a fire or flood in an area with no service, Colorado is learning people need other ways to find out about emergencies.

As destructive as the East Troublesome Fire was when it blew up one year ago, it also helped change the way people are told when it’s time to evacuate.

"Cell coverage is very limited up here," said Ryan Fosha, whose family owns Drowsy Water Ranch outside of Granby. "This is a way to give access to that information to people quicker."

The call from the Grand County Sheriff’s Office to evacuate from the fire came quick for Fosha in October 2020. He stayed back to help firefighters battle the flames and save the ranch.

"We were lucky. We had about two hours to evacuate," said Fosha. "It burned about 12 feet from all the buildings."

A year later, there’s a new layer of protection hanging on the walls of the ranch.

The fire made clear that people in rural Colorado need more ways to receive emergency notifications, especially in places where cell service is poor. Now the Grand County Office of Emergency Management is giving out free weather radios that can warn of emergencies like floods and fires.

"It sends out a loud beeping noise and after that it’ll provide information on what type of emergency it is," said Fosha, pointing to a weather radio in one of the ranch's barns. "We have six of them on the ranch property. In our main dining hall and conveniently located areas so most people can hear them."

Matt Reed lives outside Grand Lake and gets his emergency notifications over text. Just like the one he got exactly a year ago on Oct. 21, telling him to leave immediately.

Now he’s rebuilding and worries about floods coming down from the burn scar.

"We had 14 minutes notice to leave. I was by myself with two dogs and a three-year-old at the time," said Reed.

Reed tried to get a weather radio from the county, but the 150 they had ran out fast.

"If people have good luck with it and it works, they need to expand it and get it to people who are trying to get it," said Reed. "We’ve got one bar of service at our house. It is pretty weak there. There’s several dead spots heading to Grand Lake on the highway."

Grand County funded the first 150 radios and are working to get more thanks to a grant from the American Red Cross. They're in high demand from people wanting an extra layer of protection to hear emergency alerts.

The alerts come from the National Weather Service, but the office of emergency management can also request that messages be sent out through the civil alert system. That’ll go to phones as well which is the way most people get emergency alerts.

After the fire, the major concern this year has been flash floods coming down from the burn scar area around Grand County. Those floods can happen a lot quicker than a fire can spread.

The county is also working to get a mobile doppler radar system in Grand County for better forecasting. They say that would allow them to give people in the area an earlier warning when there’s a storm coming in that could cause flooding.

RELATED: A year after East Troublesome Fire, 'almost no one' has started to rebuild

RELATED: Wildland firefighter working the Ptarmigan Fire loses home and dogs to a fire in Nevada