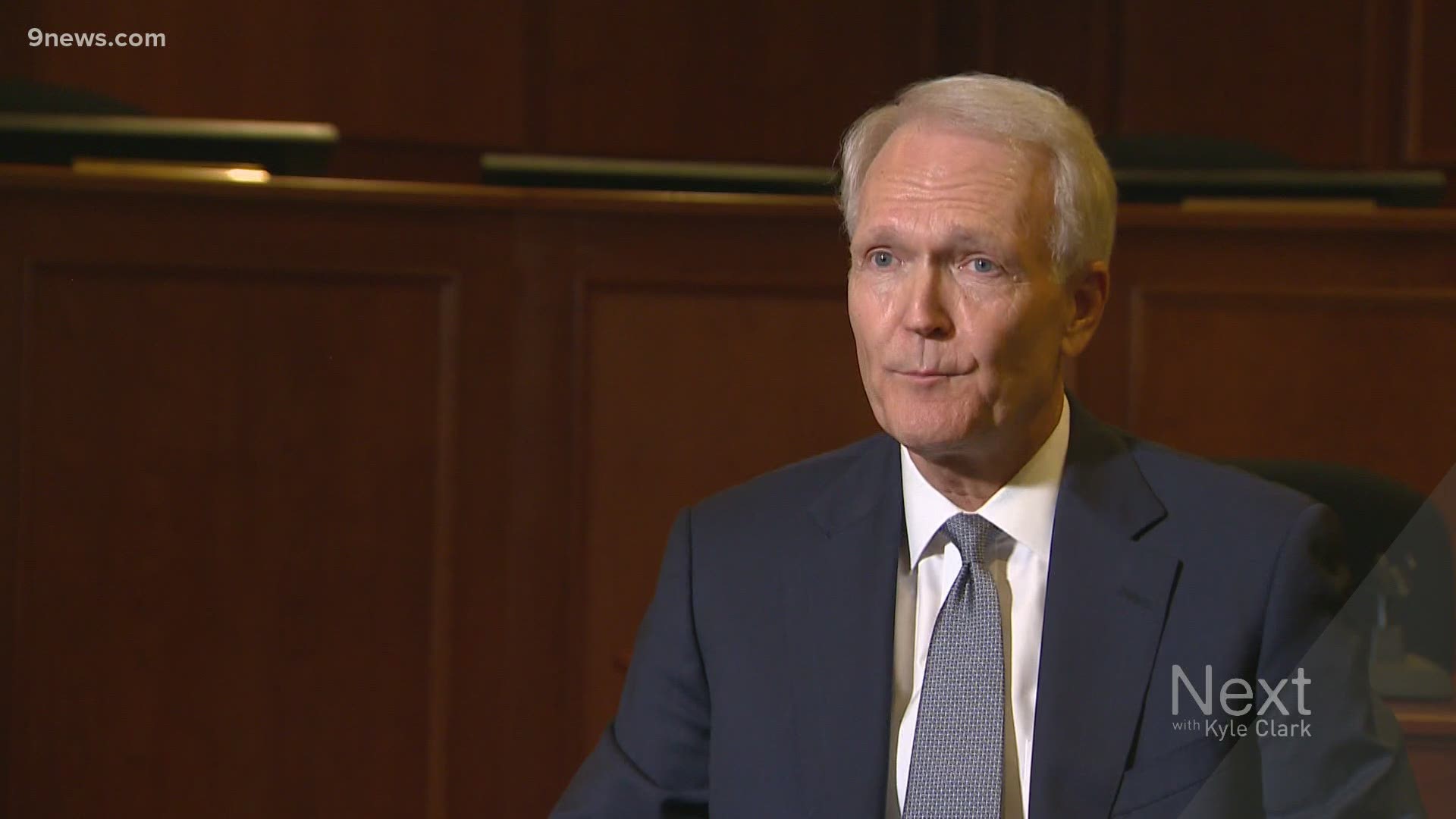 GREENWOOD VILLAGE, Colo. — When Greenwood Village passed its resolution to protect the city's police officers from being personally financially responsible for any unlawful actions, it was meant to prevent a portion of the police force from resigning.

Greenwood Village City Councilman Dave Bullock defended those officers in an interview with Next with Kyle Clark on Wednesday afternoon.

"If you cannot retain your good police officers, then your city becomes a much more dangerous place to live," Bullock said.

In a newsletter to residents, Bullock said that one officer resigned and four others were prepared to after state lawmakers passed Senate Bill 217, the police reform bill signed into law by Gov. Jared Polis (D-Colorado) on June 19.

"Yes, the officer did resign, however, after we passed the resolution, he came back,” Bullock said. “The other officers were getting ready to resign, which means that we would have lost close to 10% of our police force.”

• Officers must intervene if they see another officer using inappropriate force

It's that personal financial liability that led to Greenwood Village passing Resolution 40-20 on July 6.

That resolution, which passed Greenwood Village city council unanimously, stated that the city would indemnify its officers against personal liability. In other words, the city would cover any costs that might be imposed on the officer for illegal actions.

"Most police officers just are not willing to accept the financial liability on top of the life-threatening, day-to-day things that they have to go through to be able to do their job,” Bullock said. “We chose to indemnify them from the financial liability, but it does not protect them, nor give them license, to commit an illegal act.” 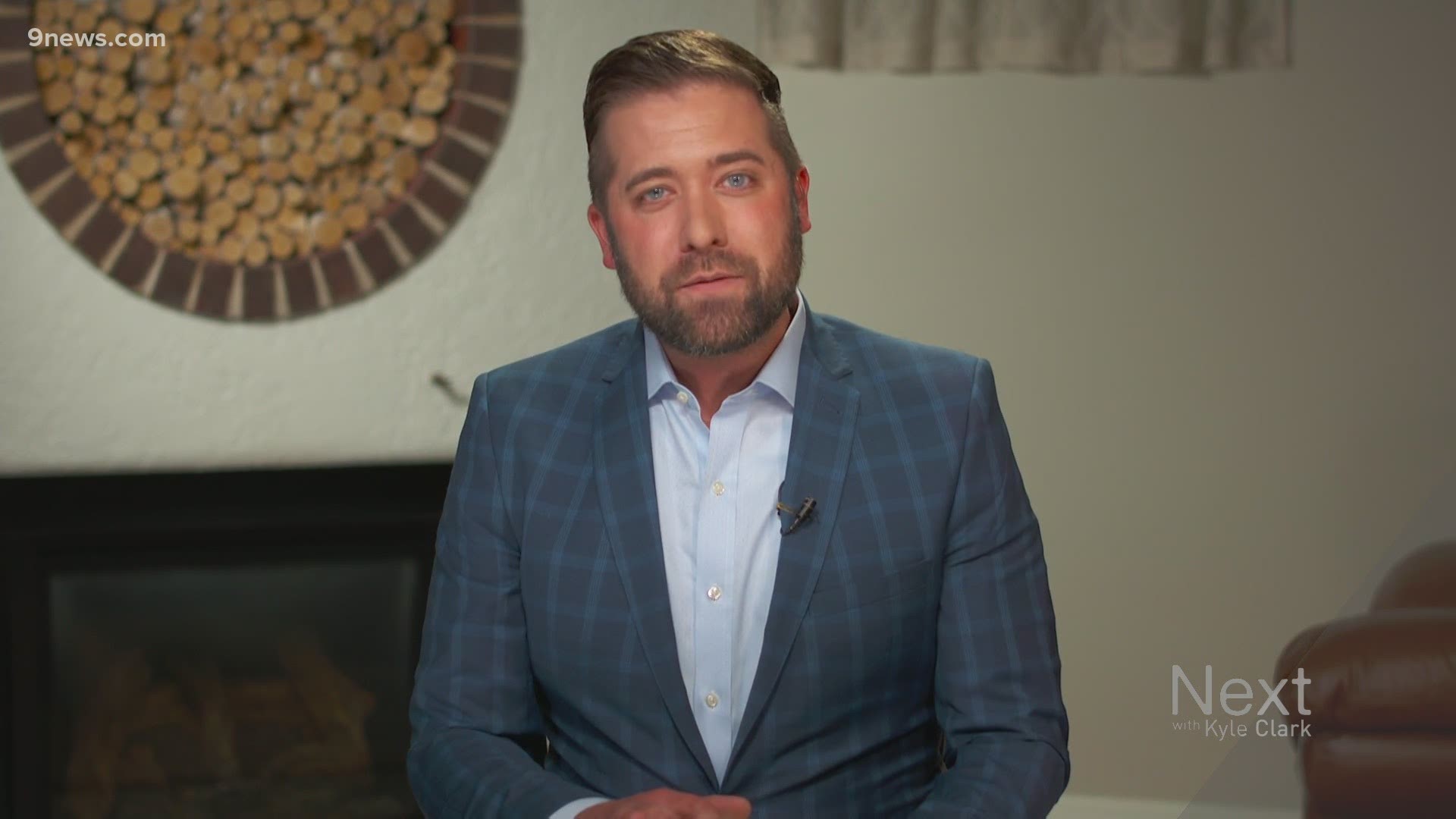 In his newsletter, Bullock paraphrased a commentary by Kyle Clark.

"Kyle Clark, a 9NEWS TV anchor recently made a statement that people should not live, work, shop or drive through Greenwood Village for fear of being mistreated by the police. That statement was not only irresponsible but it was just patently the complete opposite of the truth," Bullock wrote.

"That's just is a mischaracterization, and the reason is because Greenwood Village has be, and always will be, one of the safest places in the state to live and to work and to socialize," Bullock said. "The reason why we passed this resolution is because we wanted to make sure that we created a safe environment for the residents and businesses of Greenwood Village and the visitors that come. If you cannot hold on, if you cannot retain your good police officers, then your city becomes a much more dangerous place to live."

Why would Greenwood Village city council want an officer who would rather quit than be subject to the same law as every other officer in the state?

"First of all, the day that they passed that law, that the state legislature passed that law, police officers and sheriff's officers all across the state started to resign,” Bullock said. “I won't go into specific numbers right now, but we know that in a number of different jurisdictions, that officers were resigning.”

When asked to provide specifics about the resignations due to Senate Bill 217, Bullock did not share specifics.

"We've heard some numbers, but I don't want to say them because I don't have the facts checked," Bullock said.

Aurora Police said that 13 resignations have been tendered since June 1. A spokeswoman was checking to see if any were related to the new state law.

There were 20 resignations between January and July in 2019. Aurora Police have also been the focus of multiple protests over the death of Elijah McClain, and the discovery of photos taken last year by officers appearing to mimic the chokehold use in the McClain incident.

"One of the two, for sure, was not related to SB 217," a spokesman said. He wasn't sure about the second resignation.

Douglas County also had two deputy resignations since June 1. A spokeswoman said she had no indications that they had anything to do with the Senate bill.

Between June 1 and July 22, 2019, there were eight deputy resignations in Douglas County.

A Jefferson County spokeswoman was checking, but wasn't able to get information by Wednesday night.

Bullock said Greenwood Village is getting interest from officers and deputies from other departments.

If a Greenwood Village police officer broke the law while on duty, and the city were to get sued as a result, why shouldn't that officer be liable for up to $25,000, as written in the new state law?

"I talked about what a life-threatening type of job that police officers have. And the other thing, too, is that the motivation for them to stay out of jail is a far greater motivation than what the finances they're going to lose," Bullock said.

The demographics of Greenwood Village are about 84% white, 5% Hispanic and about 3% Black. The median household income is about $127,000/year, which is almost double of Colorado as a whole. Bullock was asked about those statistics and how the Greenwood Village community can really understand the concerns of police accountability elsewhere in Colorado and the country.

"We are not trying to tell other communities what they should do in their particular neighborhoods,” Bullock said. “All we know is that we can make the decisions, and we have to make the right kind of decisions for Greenwood Village. I'm not a city councilmember in another city, I'm a city councilmember for Greenwood Village, and so it was incumbent on us to do what is right for our city.
“The reason why that we decided to provide that financial indemnity for them is so that we can retain our good police officers, so that we have that type of police force in our city to protect us."

On Monday, local musicians like Nathaniel Rateliff and the Night Sweats, The Lumineers and The Flobots all performed in protest outside of Greenwood Village City Hall. They sent the message that they will refuse to play at Fiddler's Green in Greenwood Village -- once concerts return -- until the city council rescinds the resolution.

Greenwood Village doesn't get very much from concerts at Fiddler's Green. The city receives sales tax revenue from concessions, but nothing from ticket sales, merchandise or parking. The city likely gets a boost from business sales tax, when concertgoers make purchases within city limits. The city also gets a $2/hour administration fee when off-duty officers and supervisors are hired.

"We make decisions not based on finances, but what we think are the right kind of principles,” Bullock said. “In fact, my good friend, and fellow councilmember, Dave Kerber, said, is that our principles are not for sale. And so, we're not going to make decisions, regardless, based on any type of financial revenue.

Bottom line, Bullock, at least with his one vote on council, said he has no intention on rescinding the measure.

"My sense among the council is that there's no motivation to repeal the resolution. I will tell you from a personal standpoint, when I have over 95% of the residents that live in my district that say they support this resolution, why in the world would I possibly think about repealing it? It makes no sense," Bullock said.