Group offers down payment assistance to some Denver-area teachers

The difference between being a renter and a home buyer is often a down payment. Ask many teachers in the metro area. The housing market has become practically unaffordable for many of them. 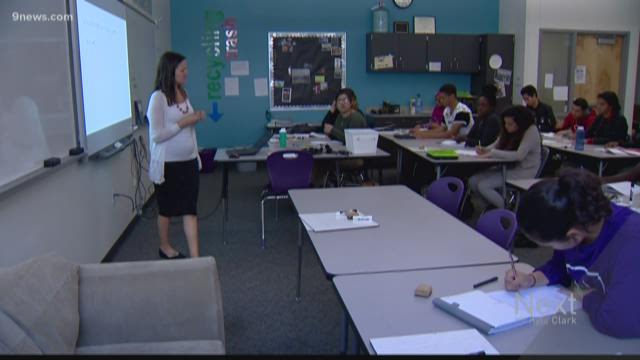 Often the single barrier between renting and owning a home is a down payment. One charter school network in Denver is trying to help teachers overcome that barrier.

DSST Public Schools partnered with a company that will help teachers make that down payment and avoid private mortgage insurance, which adds to the monthly mortgage payment.

The company, Landed, works with private investors to establish a fund to pay up to half of a down payment for an educator.

“Home prices are crazy and everyone’s trying to figure out how to stick around in the long run,” said Alex Lofton, co-founder of Landed, which is based in San Francisco.

The company helps provide down payment assistance in the Bay Area, Los Angeles and now Denver.

“We were going to grad school at Stanford and very curious about how our professors and other people afforded to live in Palo Alto and realized Stanford has a program similar to what we’re giving public educators now,” Lofton said.

The program offers to pay up to half of a teacher’s 20 percent down payment, no matter the size of that down payment.

The money isn’t considered a loan. But when the teacher eventually sells the home, they would have to return the amount to Landed, along with 25 percent of the appreciated value of the home.

If the home depreciates, Landed loses 25 percent of the loss amount.

“Our mission is focused on essential professionals and we define that as people who uphold and support the public good. If they uphold us we want to uphold them,” Lofton said.

So far seven DSST employees are working with the company. The school system says another 50 teachers are interested.

According to DSST officials, a teacher has to have worked within the system for two years to qualify for the program and must commit to work in the network for another two years.

Editor’s Note: This story has been updated after DSST officials clarified that teachers must commit to working in the network for two years. A previous version of this story said a three year commitment was required.