People in the town of Strasburg are likely getting to know their fire board because a group of concerned citizens are taking them to court. 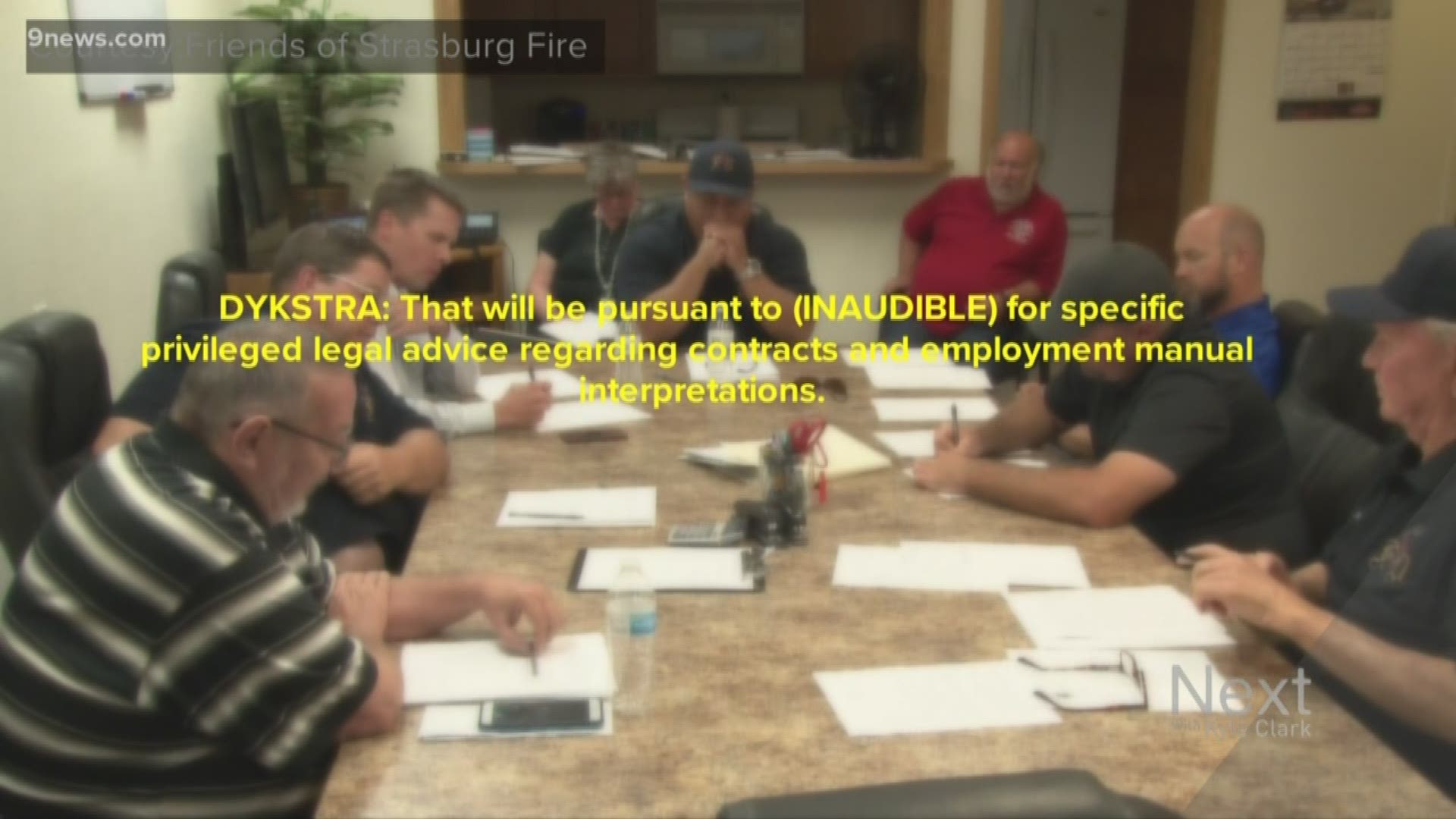 A group of concerned citizens, Friends of Strasburg Fire, filed a complaint in September in Adams County Court, alleging the group went into executive session without a vote and discussed items that aren’t allowed in executive session.

“We deserve a government that is responsive to the public that is led by public servants who have the public’s interest at heart,” said Brad Jones, a Strasburg volunteer paramedic who leads Friends of Strasburg Fire.

Then Thursday, at the board's regularly scheduled meeting, they voted to ban all methods of recording their meetings. A few minutes later, they called the police on Jones who was recording that meeting.

The board ended up adjourning the meeting before law enforcement arrived. 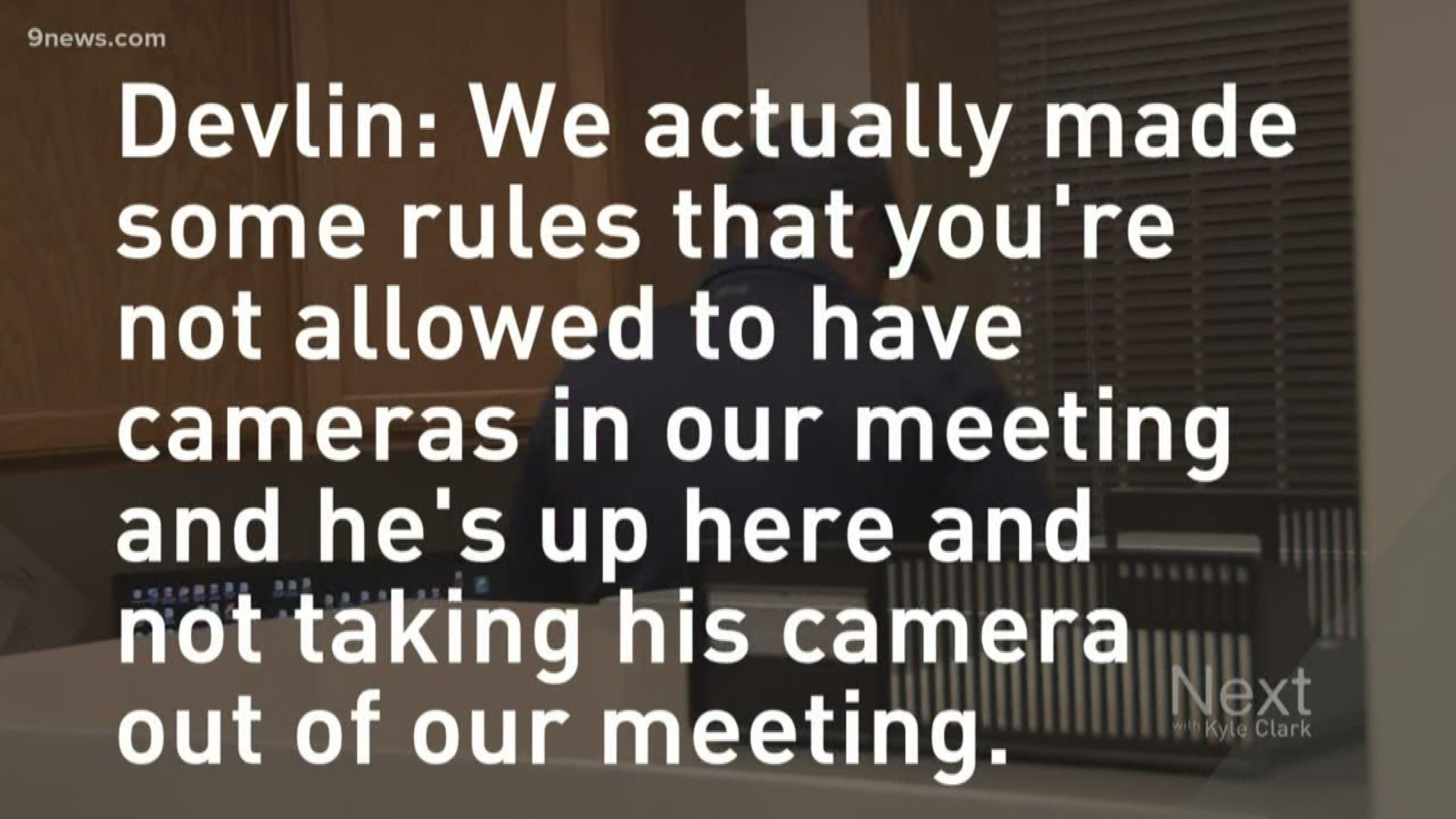 Friends of Strasburg Fire began recording board meetings earlier this year, as the group debates a conflict of interest regarding vehicle maintenance. Don Sherer, the elected president of the fire board, owns an auto repair show that holds the contract to maintain vehicles for Strasburg.

“So we’re going to be going into executive session,” Sherer said in a recording of the August 15 meeting, following public comment critical of the vehicle maintenance contract.

An attorney for the district, Russ Dykstra, is then heard on the tape citing the statute allowing the group to go into executive session, explaining the session is to discuss privileged legal advice regarding contracts and employment manual interpretations.

Dykstra didn’t return a request for comment from 9NEWS in August.

“Essentially a judge could say this should have been a public meeting,” said Jeff Roberts with the Colorado Freedom of Information Coalition.

“The vote has to be, for a local public body, it has to be two-thirds of the quorum present,” he said.

Roberts also has concerns about the new ban on recording.

"Having a blanket ban like this seems pretty unreasonable," he said. "If they're not doing anything wrong – if they're abiding by the open meetings law – why not let the public watch and listen."

The fire district wrote in a statement that the policy was created to address disruption, interruption and interference of board proceedings and that previous instances of recordings resulted in heated arguments and near violence on district property.

Anyone who attends public meetings should be aware of the Colorado Open Meetings Law, Roberts said, and remember three key things: