Hanging Lake remains pristine after mudslides, but the trail leading to it is treacherous

Hanging Lake survived a wildfire last year only to get surrounded by mudslides this summer. 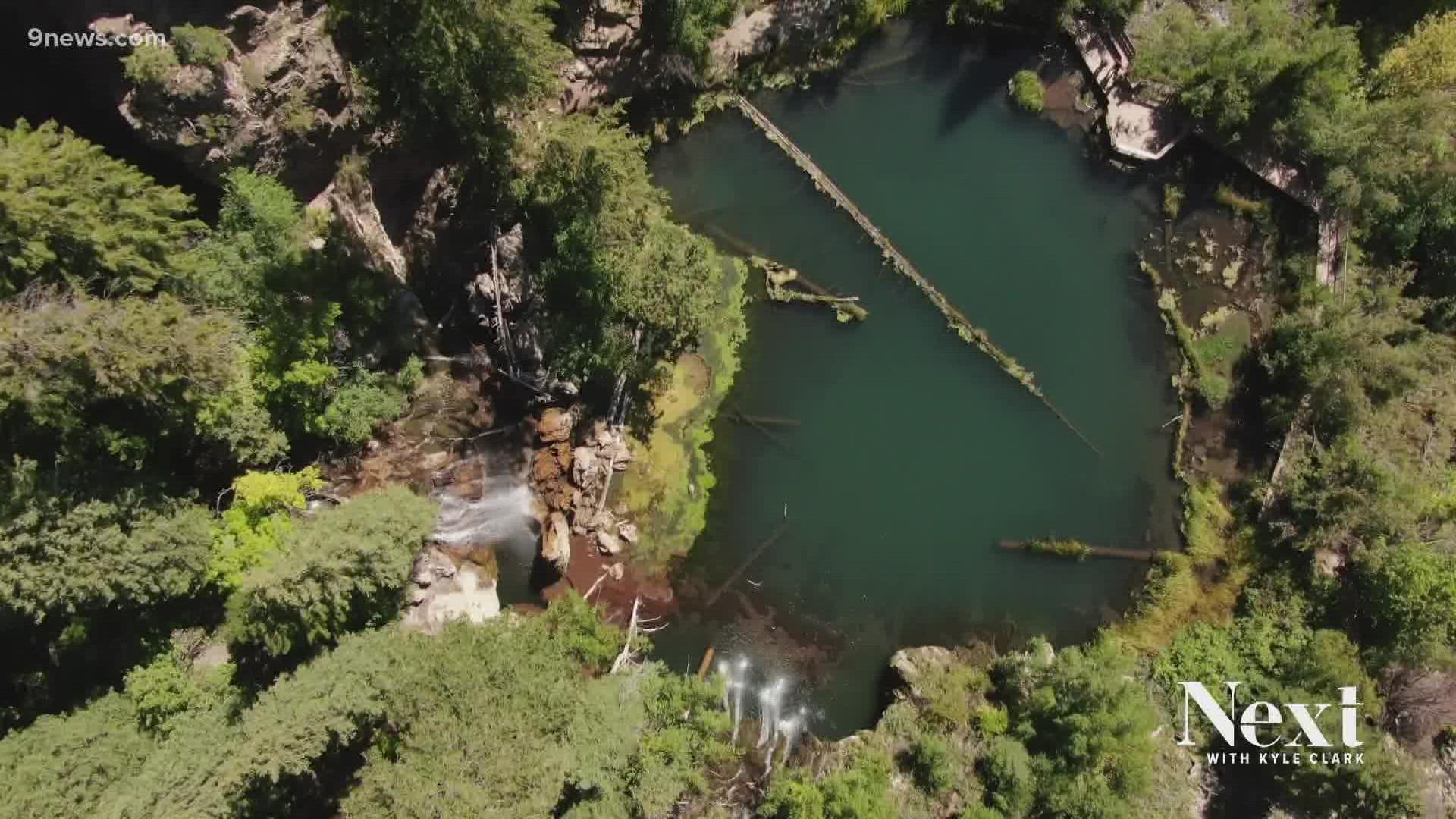 GLENWOOD SPRINGS, Colo. — The first thing that greets you at the trailhead for Hanging Lake is a pair of picnic tables, covered to their seats with mud and rocks.

The rest of the hike is much of the same.

The mudslides that blanketed Interstate 70 through Glenwood Canyon in late July also cut off a popular foot traffic route in the canyon: the trail to get to the blue-green lake that has become one of the most popular hikes in the state of Colorado.

The first bridge along that trail, which crosses a small creek, appears as if someone twisted it like a pipe cleaner. The second bridge is no where near where it should be, forced hundreds of feet away by mud and debris.

Scattered all along the 1.25 mile trail is mud and loose rock.

“In my mind I had pictured something worse,” said Liz Roberts, an ecologist from the U.S. Forest Service who made the hike with a USFS team and members of the media on Wednesday. It was her first time hiking to the lake since the mudslides closed the trail. “I expected much more climbing up and over debris.”

Bebe Suepukdee, a forestry technician with the USFS was also making the hike for the first time Wednesday.

“Mother nature is its own force and we just have to adapt and similar to her be resilient," Suepukdee said.

But for all the destruction along the trail, the payoff of the hike remained relatively untouched.

"I am pretty amazed,” she said as she reached the boardwalk that surrounds the small lake. “The lake is pretty much preserved how it looked before."

The color of the water inside Hanging Lake has changed drastically over the course of the month. Early in August when Sky9 flew over the lake, the usually crystal-clear water resembled chocolate milk filled with sediment from last year’s Grizzly Creek fire, which flowed down during unusually heavy rainfall in July.

When reporters and foresters visited the lake Wednesday, the water was once again blue-green in color, though still slightly cloudy.

“The erosion that we’ve seen so far is primarily concentrated downstream of Hanging Lake,” said Justin Anderson, a hydrologist, also making the trip up to the lake for the first time since the slides.

“We see now clear water coming over the waterfalls,” he said.

Though the lake has long been a popular attraction for tourists and locals, there is still a bit unknown about it.

“The water that is delivered to Hanging Lake goes through a network of sub surface flow paths,” Anderson said. “It goes into inlets and comes out of springs upstream from here.”

While ecologists and hydrologists have an idea where the water comes from, they don’t know the exact inlets that feed the lake. But they may soon know. They’ve hired a contractor with a grant to conduct an environmentally friendly dye tracing study.

“It’s always been on our list to do but it seemed more pressing after the fire especially protecting this whole area,” Roberts, the ecologist, said.

The USFS plans to try to get a “primitive” version of the current trail to the lake open soon, thought it would likely only service more experienced hikers.

They plan to build a new permanent trail for all visitors in the next few years.

Contact 9News Reporter Steve Staeger with tips about this or any story by e-mailing steve@9news.com.