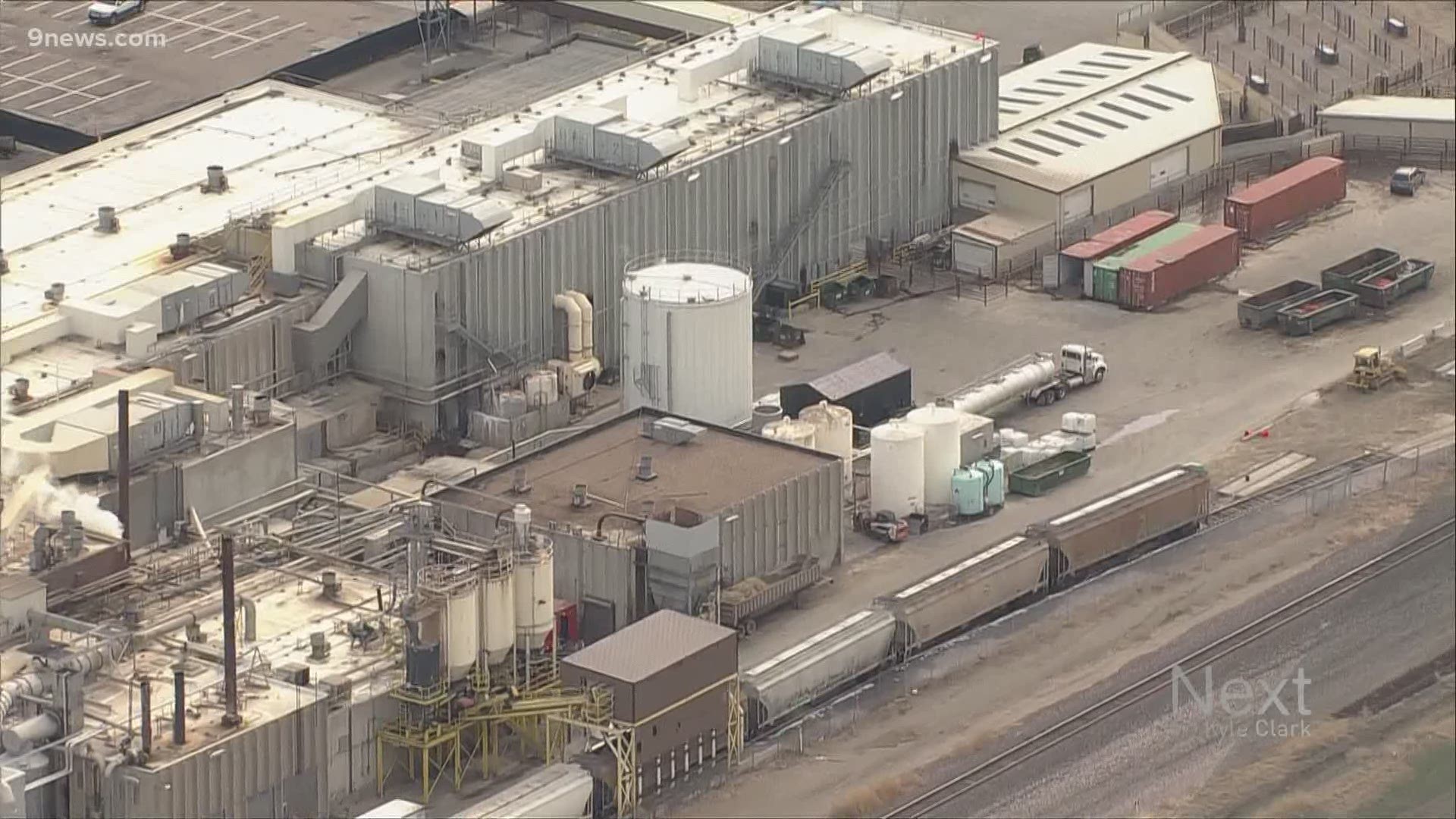 DENVER — Public health officials visited the Cargill meatpacking plant in Fort Morgan on Tuesday, as the union representing employees said a staff member is thought to have died because of COVID-19.

Steve Vairma, with Teamsters Local 455, told Next with Kyle Clark that one employee is believed to have died from the novel coronavirus and seven employees have tested positive. The plant employs 2,100.

A representative for Cargill, however, told Next in an interview that there have not been any confirmed deaths related to COVID-19.

“We’re aware of some illness, certainly. Not any confirmed deaths at this time,” said Jon Nash, the head of Cargill's North American Protein division, responsible for beef, chicken and eggs. “We’ve been working with the Northeast Colorado Health Department (NCHD) to make sure that is a safe operation. The one guiding light we will always have is that if we can’t run that facility safely, and with the right food safety controls in place, we will not run it.”

Nash oversees almost 50 plants nationwide and said Cargill is "absolutely" willing to learn from what happened in Greeley with JBS. That meatpacking plant has temporarily closed for cleaning and to allow for employees to undergo screenings after health officials identified a COVID-19 outbreak at the plant. As of late Tuesday afternoon, three employees there have died from the disease, according to UFCW Local 7.

Cargill has taken appropriate safety procedures to continue operating, Nash said. Those include temperature checks for workers, barriers between workstations and staggered break schedules. Wednesday, it was also announced that Cargill would reduce shifts and production.

“[Social distancing] can be a challenge in some areas, and that’s why the barriers are so important. In the areas where it’s more difficult, we’ve actually put up plastic guides to make sure people aren’t too close together,” Nash said.

The plant also hoped to provide masks for all employees by the end of the week, according to Nash. Per a report in the Fort Morgan Times, an employee said masks had only been available for lead foremen and other managers.

“I don’t believe that that is true actually,” Nash said. “We would never provide masks to some people versus others. That is just not how we would run the business.”

As far as the food supply, Nash is confident there will not be a disruption in service because of the staff at the Fort Morgan plant.

“The safety of our people is the most important thing, and our people are just outstanding,” he said. “I can’t say enough about the job that they’re doing every single day to help make sure there’s food on the plates of people across America and North America.”