While many cities are offering incentives left and right to score Amazon, Colorado's governor was quoted as saying "there will be a sense of relief" if Amazon goes somewhere else. 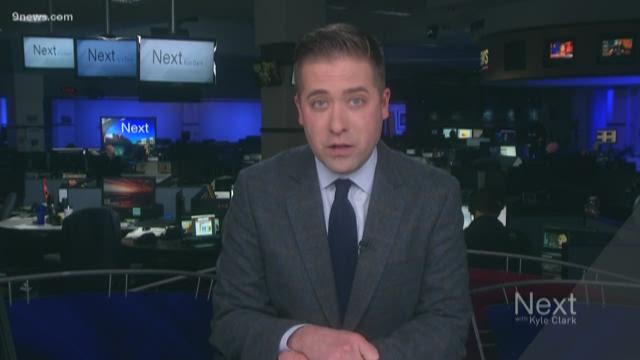 It's been almost a week since Amazon announced its "short list" for its second headquarters location. There are 20 cities and states left in the running, and one of them will pick up about 50,000 jobs and a $65 billion investment.

And while many cities are offering incentives left and right to score Amazon, Colorado Governor John Hickenlooper was quoted Tuesday as saying "there will be a sense of relief" if Amazon goes somewhere else.

"I was making a joke, in the beginning of that, was talking about, you know, you work so hard on these things, and sometimes once you win, the real work begins, right? So if you don't win, for a lot of people, it's like, phew! We don't have to work quite so hard. It doesn't mean that we're not going after it 100 percent," he said at at event to outline Colorado's Electric Vehicle Plan.

A lot of what Colorado offered as an incentive for Amazon was... Colorado. The team told Amazon how great this state is, but Hickenlooper says not to get hopes up.

"I was on an economic development trip when I put that proposal together. And I think we believe that we are the best place for Amazon. And I still believe that, right? I was up to 1 o'clock in the morning writing it. I went over every word of that proposal. I could show you the jewels of language that came from my sleep deprived brain," he said. "It's never, in any way, a sense that we weren't committed to it. But it's a ton of work. And I think Amazon, clearly, is a company that's based on innovation. And as we face the challenges of growth, which we are right now, -- but as we face those challenges, they'd be a great partner for us."

In a statement, the head of the Colorado Republican Party, Jeff Hays, jumped all over Hickenlooper, saying he's "actively undermining Colorado's chances."

But, it hasn't even been a week since Colorado Republicans were attacking Hickenlooper for being too eager to land Amazon.

Victor Mitchell, the former state legislator and GOP candidate for Governor, lit into Hickenlooper for giving economic incentives to Amazon rather than rural businesses.

Colorado shouldn't give one red cent to Bezos, not a penny. He is just too wealthy for it to matter. #NoBreaksForBezos pic.twitter.com/MZlid7XK8M

But if we use those tax incentives instead to lure smaller and medium-size businesses to communities like Cortez, Dolores, or even Pueblo, it could make a huge difference in the lives of people living and working there. #NoBezosBoondoggle https://t.co/KFgRXQzaVh