When they didn't see a thorough history lesson on the Sand Creek Massacre, these Colorado teachers created one

Dan and Jake Yergert believe this tragic part of Colorado history is not taught enough in schools. 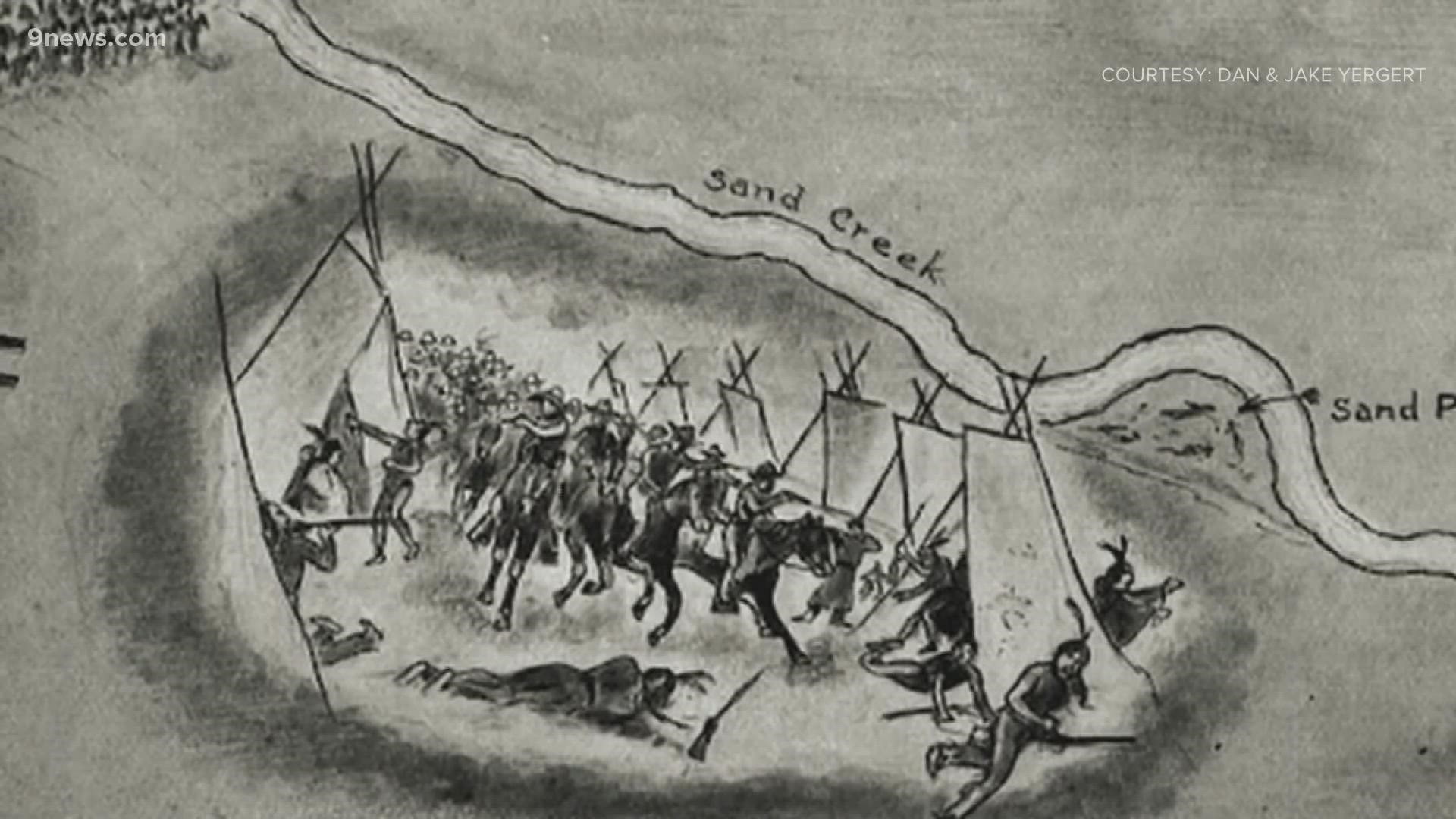 DENVER — The Colorado we know today is a summation of our past. But, Dan Yergert believes there are parts that people don't like to talk about, like the the Sand Creek Massacre.

"I think it gives you a more complete picture of the West," he said.

He and his twin brother, Jake Yergert, created a Youtube video on the tragic events of November 1864 when the United States Army attacked a Native American camp in southern Colorado, killing 230 people. The National Park Service lists those deaths as mostly women, children and the elderly.

"Why didn't we hear about this, especially in Colorado, so close?" Jake Yergert said. "Why does that seem to be the thing that gets forgotten?"

Though they are both English teachers, these brothers created a history lesson in the form of a 35-minute video aimed at teaching high school students.

"When we started, we promised ourselves we probably weren't going to say anything in the videos that we wouldn't feel sufficiently comfortable, confident that this is the truth," Dan Yergert said.

Credit: Nelson Garcia
Dan and Jake Yergert, high school teachers, created a lesson on the Sand Creek Massacre because they feel it is not taught enough in schools.

They said they just want to make sure that this part of history is not ignored.

"All we're doing is shining a spotlight. I don't think we're picking a fight or we're going biased in any direction," Jake Yergert said.

They said they're not trying to disparage America or Colorado.

"But, I feel like you don't gain anything by selectively examining history," Dan Yergert said.

After doing about six months of research, the Yergerts said they ran their findings by the historians at the Sand Creek Massacre National Historic site to make sure it was all accurate.

"We're just trying to tell a good story, a true story, a story that like needs a signal boost," Dan Yergert said.

You can watch their video here.

RELATED: The meaning of a name: Board considers changing names of Colorado landmarks with racist ties

RELATED: Colorado has no requirement to teach 9/11, but this teacher does it anyway