Hold on, please, DIA; Alan Roach doesn't want you to take his voice off the train

Denver International Airport wants to hire someone new to provide the voice for its trams, and they’re guaranteed at least one applicant: the guy who already has the job. 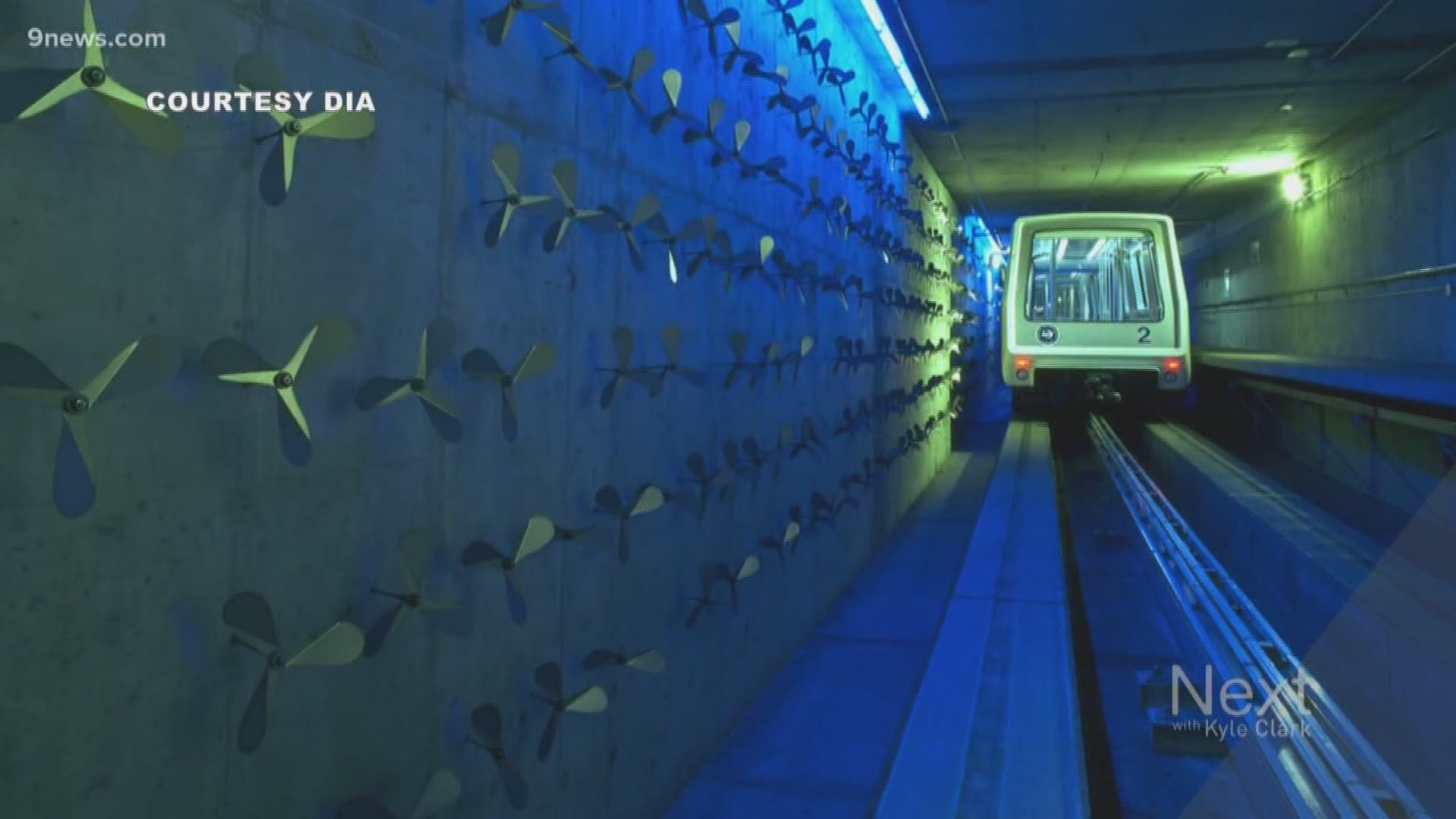 Denver International Airport wants to hire someone new to provide the voice for its trams, and they’re guaranteed at least one applicant: the guy who already has the job.

DIA said months ago that it will replace the current voices on the train, which runs from gate to gate inside of the airport. Currently, former 9NEWS anchor Adele Arakawa and former Broncos announcer Alan Roach are the people telling you to “Hold on, please.” They’re also the ones shaming you with a spirited, “YOU are delaying the departure of this train,” if you board too slowly.

The airport said they’d eventually replace Adele, when she retired from 9NEWS in June. They said this week that they’re replacing both voices, and other broadcasters in Denver can start applying.

In their announcement, DIA said it’s time for some fresh voices because Adele moved on to retirement, and Roach moved on to other positions.

He found out over the phone.

“My mother-in-law called me after watching (Next with Kyle Clark) and said, ‘They just said you’re gone from Denver, and they’re going to take you off the train. We need to call Next right now!’” Roach said.

While Roach did leave the Broncos for the Vikings, in his home-state of Minnesota, he never did leave town. Roach flies from Denver to Minneapolis about 10 times a year for home games, and continues to announce for the Colorado Avalanche and Colorado Rapids.

Roach has voiced Super Bowls and even Olympic events over the years, but even so, he is not ready to let go of this gig.

“The honor that it is to be the voice of Denver that welcomes people here, and it’s something that I do not want to go away,” he said.

He told us, with a laugh, he plans to apply for his current gig and see what happens.

Just heard I'm being replaced on #DIAtrain cuz @AdeleArakawa is retiring. NNOOOOOO. This gig is a super favorite and great honor! #HoldonPlease I don't want to lose this and I will not go down without a fight! #imnotretiring #imnotleaving

“I will send in my audition tape, and I will hit the streets, and look for votes, and try to retain the voice at DIA,” he said.

As far as the second voice goes, Next is rallying around Kim Christian. Stay tuned for updates on our DIA Train Kimpaign.

PREVIOUS: Working with Adele Arakawa is a lot like traveling through Denver's airport