How could Denver host the Olympics and stay on budget?

The head of the committee that's considering an Olympics bid says two questions should be thoughtfully considered before any formal decision is made: can it be done in Colorado, and should it be done? 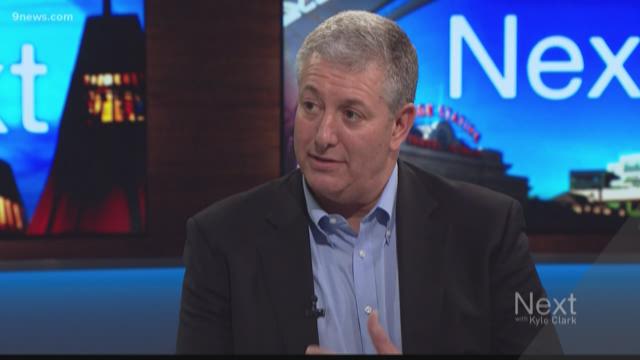 In an interview with Next with Kyle Clark earlier this week, former Colorado Gov. Dick Lamm said the state should abandon the thought of hosting the Olympics. He convinced Coloradans to reject the Games in 70s.

The head of the committee that's considering a bid says two questions should be thoughtfully considered before any formal decision is made: can it be done, and should it be done?

Rob Cohen, who’s also the CEO of IMA Financial Group, stopped by Next as well, in order to discuss those questions.

Here are the key takeaways from our interview:

1. Often times, people agree to host the Olympics because of the other projects that come with it. Can the Olympics be done on a budget, and would people approve it without those extras?

“What happens is man cities, the way the Games have traditionally been done, is cities have confused infrastructure projects with the operations of the games … Like in Korea right now, if you look at the total numbers, part of it includes a $4-$5 billion bullet train from Seoul out to where the games were. And so, one of our arguments is they should only build that train if that’s something they need before or after the Olympic games … If you look at the history of bidding cities, those that have done well are those that have many of the venues already in place, so they don’t need to take the risk of building new venues. In our case, we have all of them except for a few, where we have to do temporary venues you would need for a Games. So, for instance, could we use the Games as a catalyst to help with the I-70 issue? Absolutely. Do we have to do it for the Games? Probably not."

2. What would the benefits be?

"If you go back and you love at the Olympic movement, they talk about thing with men and women, and equal rights. They talk about anti-discrimination, whether religion, or sexual orientation – they talk about laying down arms, which we just saw – North Korea and South Korea coming together. And so, those values are aligned and I think showing those to the world is maybe more timely than ever. But we also think that if there’s legacy things that the Games could create around affordable housing, around transportation, etc. that the Games are a catalyst for that, that would be a great legacy for our community, and our city long-term."

3. Was the survey skewed for a positive response?

4. Why bid, if other cities have gone running from it?

"The IOC recognizes the problems they have, and so they created Agenda 2020, where they could – really, they’re looking to say, how could we reduce the cost of bids? How could we reduce the cost for cites that put on the games. They followed that up now a couple of weeks ago with what’s called ‘the new norm,’ which is 118 initiatives, which they say is going to cut another $500 million out of the cost of the Games. What we’re doing, as an exploratory committee, is going through all that and trying to verify what’s real and what’s not real. … The question is, have things changed inside the IOC, the fact that we have the infrastructure in place, could we bit a city that, at the right time with where the IOC is, could come in, negotiate a different deal, and do the games in a different way that creates a different legacy."

5. Would those reforms make it so tax payers wouldn’t have to pay for cost overruns?

"I don’t know about (if they’ll go away), because I don’t know if the IOC will accept it, but what we’re looking at is saying, can we use other financial vehicles, specifically heavily influenced by insurance. … (Insurers) will charge a premium, which will obviously increase the budget, but you can also insure things like loss of appeals, so if you have a Sept. 11 event like you had before Salt Lake, and your ticket revenues go down based on what you’ve budgeted, you can protect the community against that."

6. Cohen says it’s too early to pass judgment on a recommendation from their committee because they haven’t yet made the recommendation, but - would he consider a public vote?

"I’m personally not opposed to Colordans voting on it."

Watch the full interview below: