How did Colorado get really good at elections? By having really bad ones before 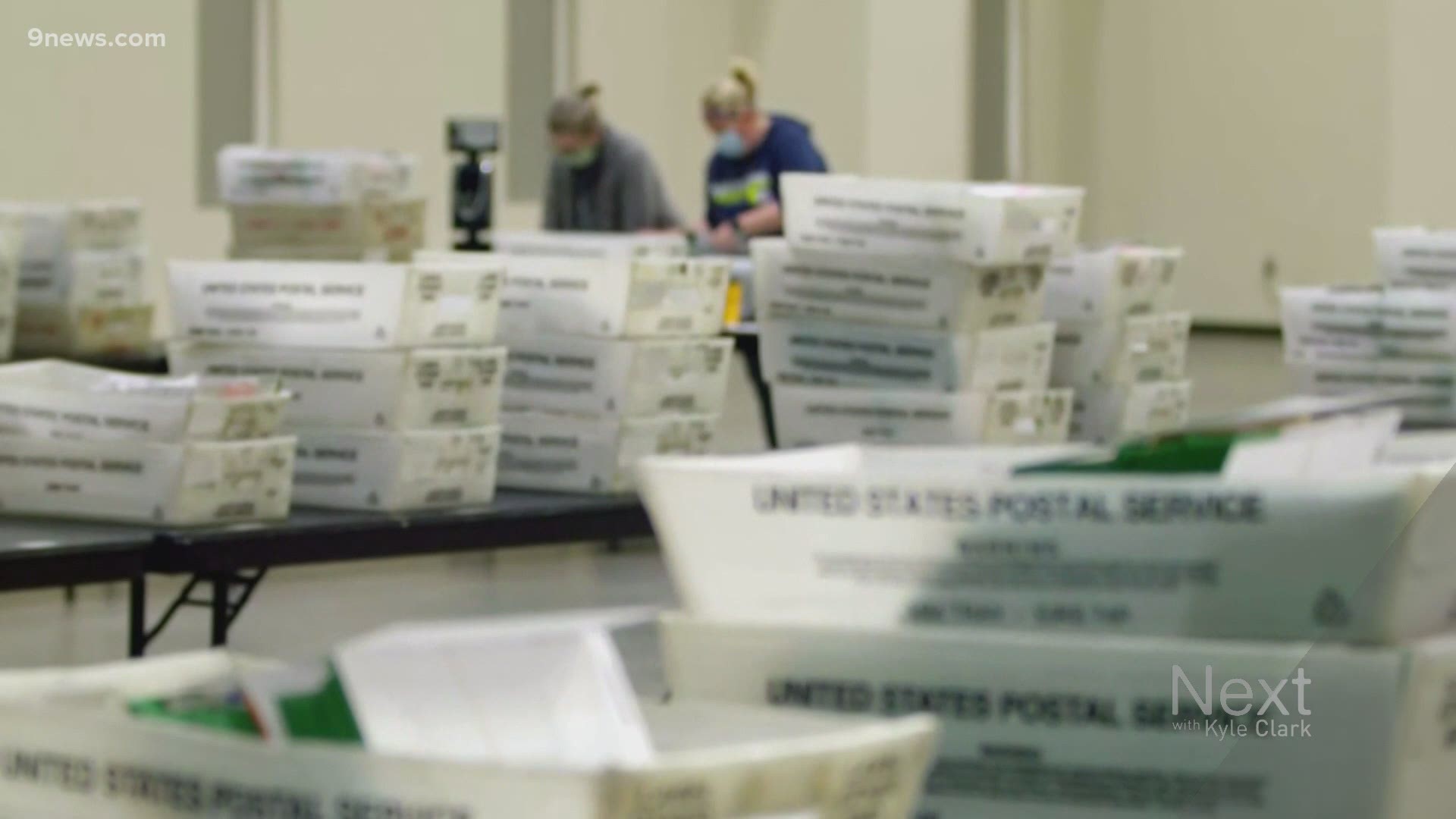 DENVER — Do you know how you get to be better at counting ballots in an election? By having really bad elections.

In 2013, Colorado held its first election by sending ballots in the mail.

As of Friday, Colorado has processed more than 3.2 million ballots.

"In most states, and Colorado is a good example, election officials can receive and process ballots right when they start coming in," said Amber McReynolds, CEO of National Vote at Home Institute. "And some states have expanded that even this year. Florida, Georgia, Minnesota, Iowa, they all recognized they had a challenge and they expanded it."

"Experts, like myself, have been putting proposals in front of these legislatures to change it. The best we could get in Michigan was one extra day on Monday. Pennsylvania and Wisconsin, their legislative bodies would not extend the time."

In Pennsylvania, mail-in ballots could not be processed until 7 a.m. on Election Day.

In Colorado, the ballot counting began 15 days before Election Day. The actual count is not known by anyone until the data is uploaded at 7 p.m. on Election Night.

RELATED: Biden: 'We are going to win this race' as lead over Trump widens in key states

RELATED: Presidential Election 2020: Live results from across the US

"Denver had a million cards that they had to scan because it was a three-card ballot, so election officials across Colorado would probably be still processing for another week or two," said McReynolds.

Colorado was able to reform its process after bad publicity, just like Florida.

The 2000 election between George W. Bush and Al Gore was decided by 537 votes, following a recount due, in part, to hanging chads, from what would now be considered outdated election ballot formats.

"They spent 20 years to recover from the reputation that they had after Florida in 2000, and they made various improvements. In fact, most voters in Florida voted by mail," said McReynolds. "They also allowed and expanded the amount of time that their election officials could process ballots in advance."

Florida county clerks were given 22 days prior to Election Day to start processing mail-in ballots.

Just because Colorado has an efficient method, doesn't mean the process is over. Colorado clerks are still counting ballots. You just don't notice because the major races -- President and Senate -- aren't even close. In fact, the District Attorney's race in Arapahoe, Douglas, Elbert and Lincoln Counties saw a flip in the results on Thursday. Republican John Kellner now leads Democrat Amy Padden by 1,551 votes, after trailing since the results first posted on Tuesday night.

PREVIOUS: COVID-19 pandemic shows how smart Colorado was to switch to mail-in ballots