How does the water drain from I-70's new underground tunnel?

This was a rainy May for Denver, which got us wondering: How does that work with Denver's new section of I-70? 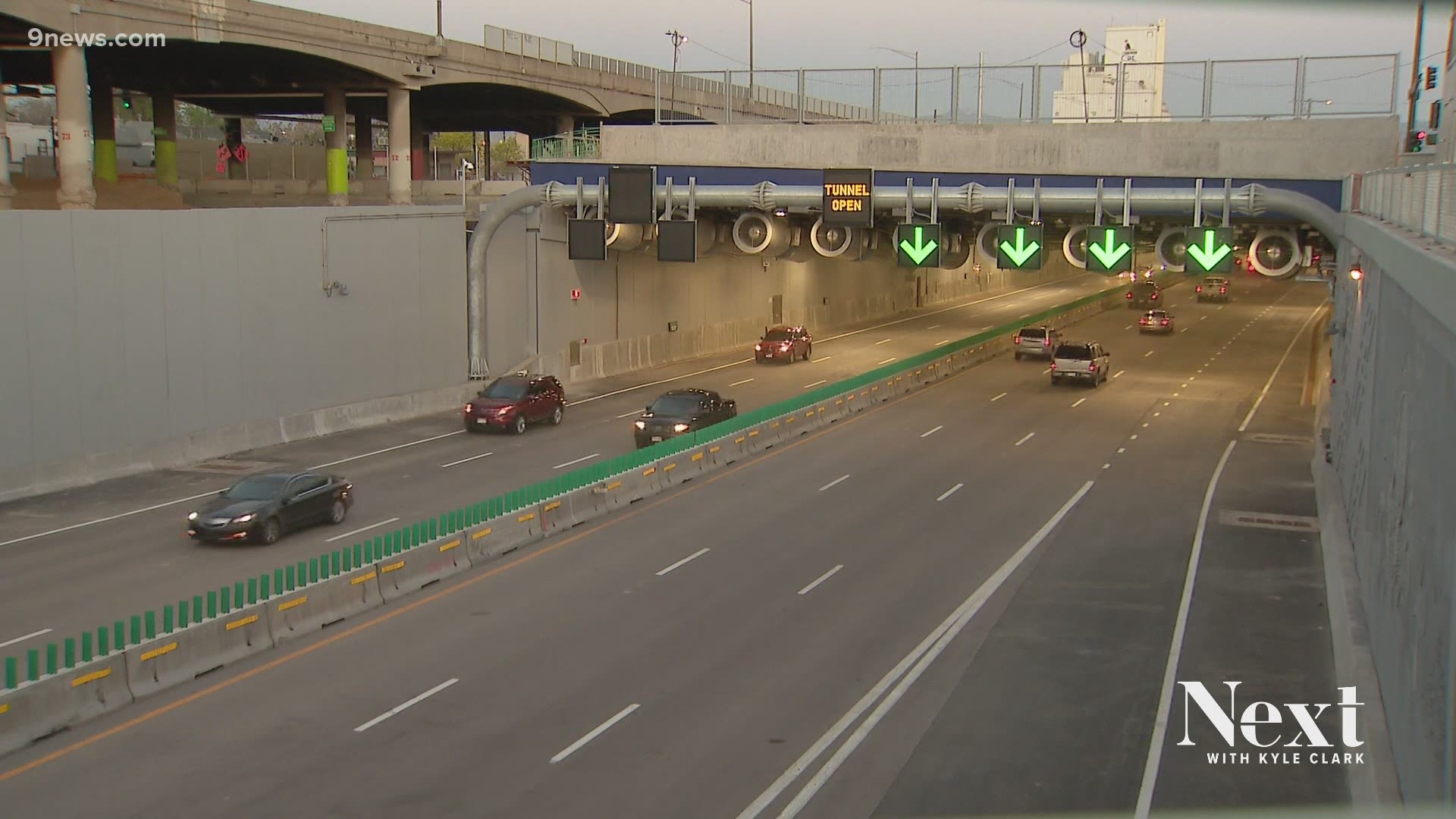 DENVER — Moving a highway from an elevated viaduct to below ground level takes more than a lot of concrete.

Just consider all the technology you don't see as a driver, like the pipes.

It rained a lot this weekend. Not like, 2012 a lot, but a lot. And the new below-ground section of Interstate 70 in Central Denver did not have any weather-related problems.

"It's been a soggy weekend for us all, there've been a lot of disrupted barbeques, but as far as traffic operations down on the new lowered section of I-70, it was business as usual," said Colorado Department of Transportation (CDOT) Communications Director Matt Inzeo.

RELATED: Newly-configured I-70 reopens in Denver after historic shift

The lowered section of I-70 opened May 24, taking traffic off the remaining portion of the viaduct near the Purina plant.

The water from Central 70 flows to one of eight detention ponds. According to CDOT, the largest can hold 26 football fields worth of water: 8.5 million gallons. The smallest can hold 6,400 bathtubs full of water: 320,000 gallons.

The water from the tunnel portion of Central 70 gets some help getting back to the surface.

"We pump it to a very large holding tank," said Inzeo.

A pump station near York Street brings the water to one of the detention ponds. From there, the water goes through a micro-pool, to get the solids and sediments taken out before the water ends up in the South Platte River behind the Denver Coliseum.

Half of the pump station is for taking water out, the other half is to support the fire suppression system inside the tunnel.

A feature drivers can see are the nine large fans on the ceiling of the tunnel that also help with fires and poor air quality.

"They would turn on if there is a very long duration where cars are stalled and idling underneath, we would turn one or two fans on. The other reason they are there is in the very unlikely event of a fire. We, then, want to be able to blow smoke in one direction and create a safe space for people to escape in the opposite direction," said Inzeo.

Now that traffic has shifted to the lowered section, the dismantling of the remaining viaduct continues. The concrete is taken to a plant of Quebec Street and recycled into roadbed to be used on the new portions of Central 70.