How many fireworks complaints did police respond to on the Fourth of July?

Not everyone in Denver was excited about the fireworks their neighbors lit off over the weekend. 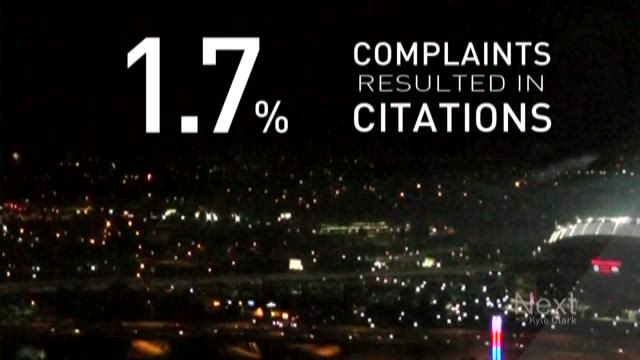 Not everyone in Denver was excited about the fireworks their neighbors lit off over the weekend.

In Denver, police records show 2,250 complaints about illegal fireworks from Friday through the early hours of Wednesday morning.

Police and fire could not respond to all 2,250 complaints related to fireworks and instead responded to 371, or about 16 percent of calls and complaints, and wrote just 39 citations for fireworks violations.

The police and the fire departments collaborate on the city’s response to illegal fireworks and are still determined to dissuade people from lighting them off in neighborhoods.

This map shows where the most calls or complaints related to illegal fireworks originated and where the citations were written. The blue dots signify a location where 3 or more complaints originated. The red dots show where police wrote a citation.

The Denver fire department says they put out at least 29 fires on July 4th alone, down slightly from 2016 when Denver fire responded to 35 fires on the 4th of July.

“What I found this year is that we were lucky. We were lucky we didn’t have more significant fires,” said Denver Fire Captain Greg Pixley. “It’s mindboggling to me that we had this amount of potential for danger.”

Pixley says that in Denver, there simply weren’t enough resources to respond to the high demand of calls and firefighters did respond to at least one call related to significant injuries of a two-year-old child.

A spokesperson for Denver Health, Kelli Christensen, said that the hospital did not see a significant spike in firework related injuries, but that more of their visits were related to alcohol consumption over the long holiday weekend.

Watch Kyle Clark's report in the video above.