It turns out the field behind Horse and Dragon, in Fort Collins, is a kestrel paradise. 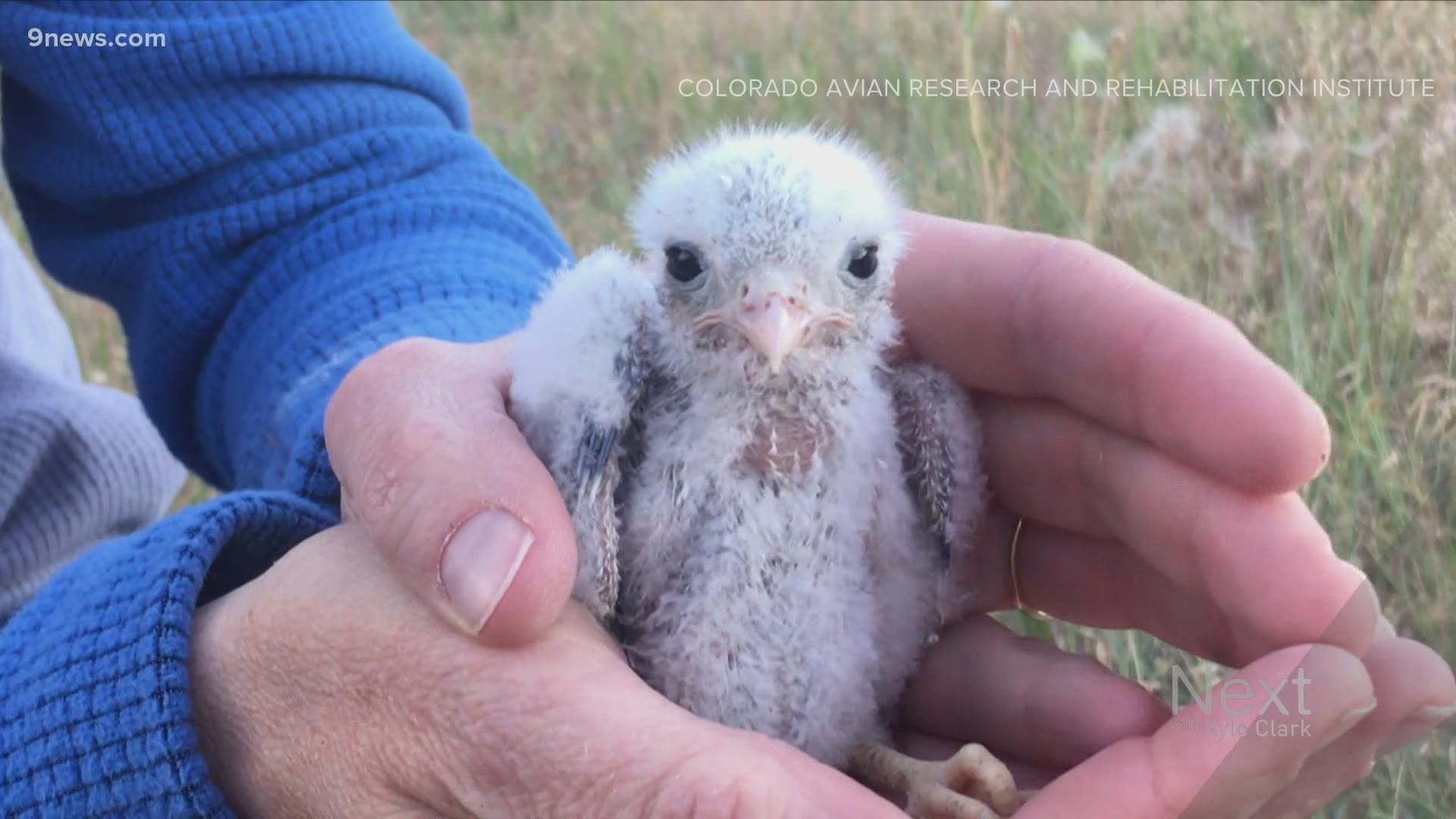 FORT COLLINS, Colo. — Kestrels are North America’s smallest falcon, but they are losing their natural habitats.

Scott Rashid, who directs the Colorado Avian Research and Rehabilitation Institute, has been trying to fix that by installing specific kestrel boxes along the Front Range, so the bird can be monitored and have a place to nest.

“The way the box is built, purposely, there's a door on the right side, and that's how we extract the birds to be banded,” Rashid said. "What's important for us, as far as these little birds go, is they are a kind of a pinnacle of the environment."

According to Rashid, the ideal habitat for kestrels is expansive open country with unplowed fields. That unkempt terrain allows the birds to hunt for prey, which might be anything from grasshoppers to lizards.

"I didn't even know what a kestrel was when I first spoke with Scott, and so it's been great to learn about and watch them,” Carol Cochran, co-owner of the brewery, said.

Kegs and kestrels might not seem like an obvious match at first, but the partnership has worked so far. The brewery and Rashid are expecting a third pair of birds to move in come April or May.

Horse and Dragon even brews a beer called “Kestrel Run” to celebrate the nesting, and it takes about as long to ferment as the eggs take to hatch.

“Beer and kestrels, they have a similar nesting pattern I guess,” Cochran said. "Hopefully, it's a little bit of a template for how we can live a bit more in harmony with wild things and help them in their nesting patterns."

Rashid has 100 boxes from Littleton to Wyoming, and he wants to install more.

"if we can create more and more of that perfect environment, we can then increase the number of these birds that need our help,” he said.