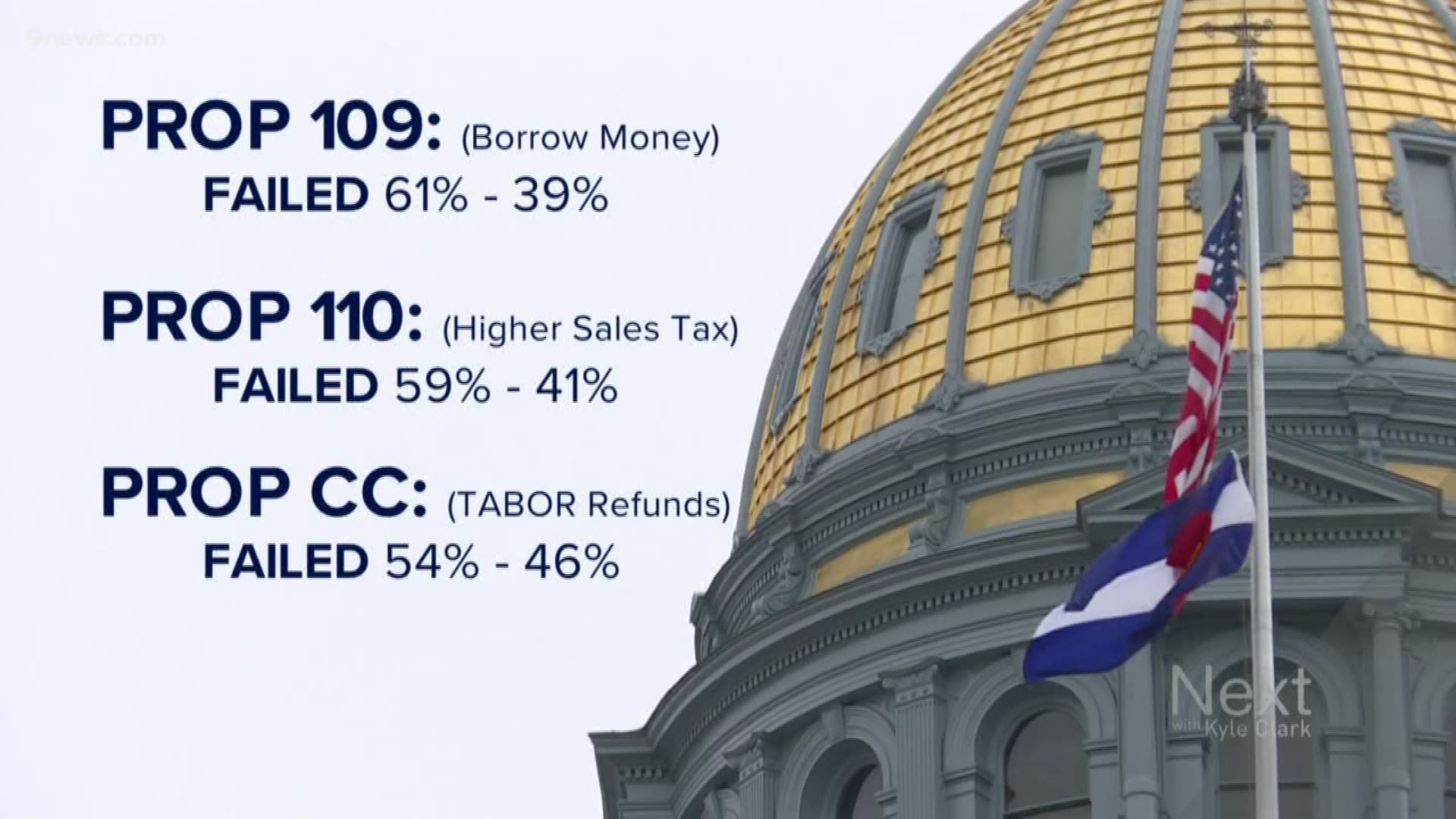 Don't believe us? Ask one.

Colorado voters love saying no to giving up more of their money to fix traffic and roads.

Don't believe us? Look at the state's history on ballot issues for roads.

Lundeen proposed a bill that would have brought back an old Colorado law that used existing money the state already collected.

From 1979 to 1987, Colorado law called for a transfer of a percentage of state sales tax from vehicle-related items to the state's highway fund. A similar mechanism was in place from 1997 to 2009.

Republicans helped get $300 million from the general fund for transportation last year. Gov. Jared Polis' budget request for this year called for $550 million.

"There's nothing wrong with the idea in general, except that that sales tax right now is also being spent on things that are really important to Coloradans like public education and providing health care to people who need it," said Rep. Matt Gray, D-Broomfield.

Gray chairs the House Transportation & Local Government Committee and wants to find a way to generate new money, even if lawmakers agree to use existing money.

"Democrats have never said no to general fund money for transportation," Gray said. "We've said over and over again, for the size of the problem we need to solve, we can't pour that much general fund money into transportation without really hurting families that need health care or really hurting our schools and our teachers. We're comfortable with having that part of the conversation, but we need new revenue to go along with it."

He said he's also hesitant about going back to voters who keep saying no.

Proposition 109 failed in 2018. It would have allowed the state to borrow money without raising taxes. It failed with 61% of the vote against.

Proposition 110 also failed in 2018. It would have raised the state sales tax for 20 years to pay for transportation needs. It failed with 59% against.

Proposition CC failed in November. The state would have kept TABOR refunds and used the money for roads and schools. It failed with 54% against.

"We do need to ask ourselves whether what voters are telling us is, 'Keep sending us these things over and over again and don't fix the roads in the meantime' or are they saying, 'Look, we hire you to do a job, go do your job and don't ask us to be the ones to do it for you,'" said Gray.

Last year, Gray co-sponsored a bill with Sen. Kevin Priola, R-Henderson to get rid of the state's 22 cent-per-gallon gas tax and raise the state sales tax. That idea has not come back up this year.

"It faces the problem that that sales tax would have to go to voters, and we just did a sales tax for transportation that went to voters a couple years ago and it didn’t work," Gray said.

Another option that Democratic lawmakers are likely to consider: fees.

"The difference between a fee and a tax is that a fee is a charge that's fairly calculated for the benefit that's being provided," Gray said.

"Where it's not your car, but you're getting the benefit from it," Gray said. "Everybody who's using the roads right now and everybody who's frustrated with traffic, chip in a little bit more to make the problem better."

Lundeen's bill failed in a House Committee on Wednesday afternoon.

WATCH: Viewer asks 'What about the pot tax?' after road bill failure 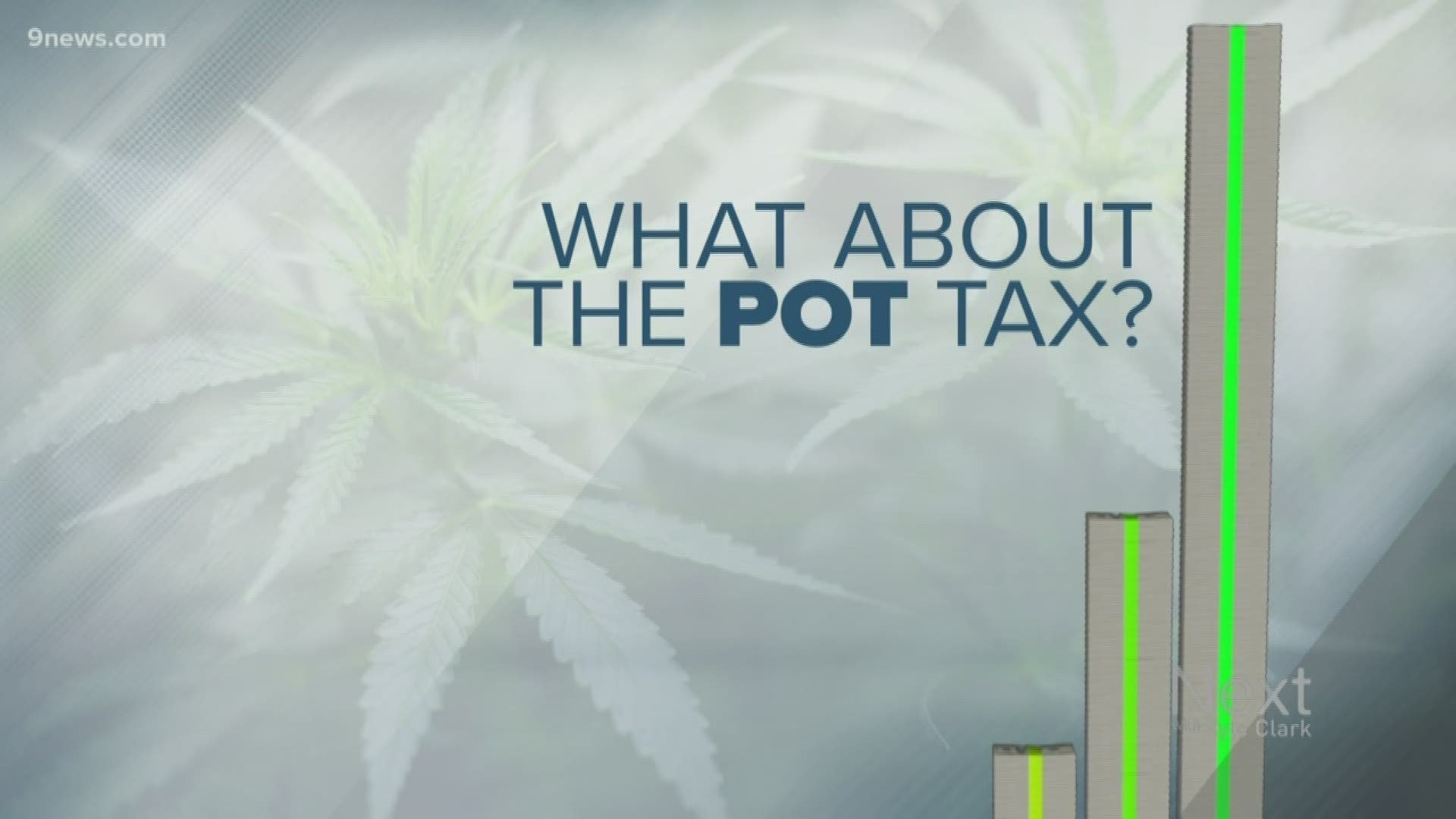