If Park Hill Golf Course sale goes through, what could happen to the land?

Denver's rapid development is about to see a key test for the new City Council.

DENVER — The owners of Park Hill Golf Course have notified the city of Denver that it is negotiating a sale that could be completed next month.

The golf course represents one of the last large open spaces that could be developed in the Denver area.

Clayton Early Learning, and not the city of Denver, owns the land just east of Colorado Boulevard between 35th Avenue and Smith Road.

Clayton notified the city on June 10 that it is trying to close a sale of the land with Westside Investments, LLC by July 11. 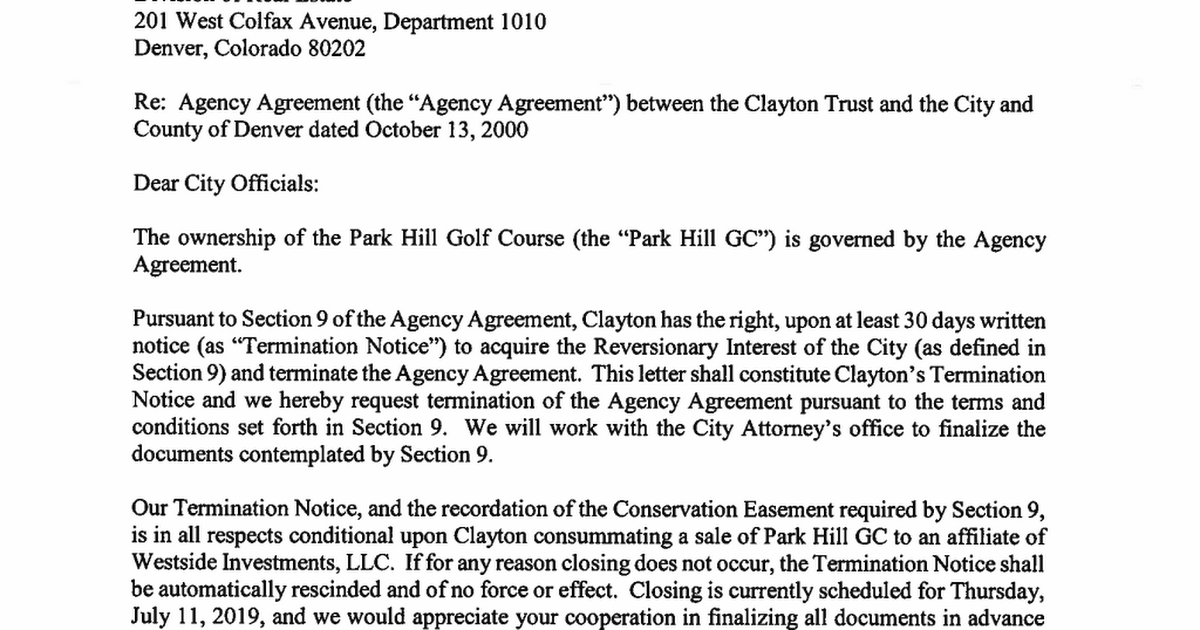 It had to notify the city of Denver because in 1997, the city signed a conservation easement with Clayton, giving the organization $2 million in exchange for certain development restrictions that include keeping an 18-hole golf course on the property. 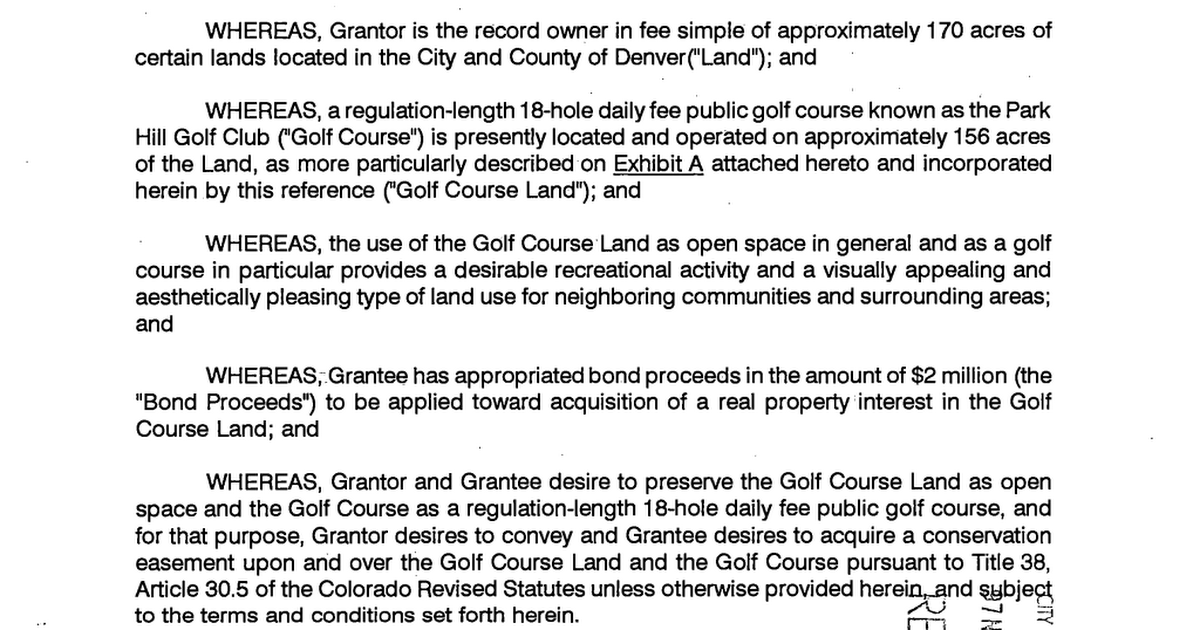 The city attorney's office believes that the conservation easement agreement will remain in place for the next owner.

That means if the new owner wants to develop the land, it would need to be released from the conservation easement, which would require negotiations with multiple city agencies and ultimate approval from the Denver City Council.

RELATED: Who's in, who's out at Denver City Council

The new city council will be sworn in on July 15, with five new members. This project could test the limits of what the new council will allow for development in Denver. Should the conservation easement be done away with, city council would still have to approve any rezoning requests for that land.

Clayton Early Learning is named after George Clayton, who died in 1899. He left his fortune to start a college for boys, which opened in 1911. That eventually became the school that is now for children from birth to five years old, which is funded through his trust. Park Hill Golf Course is one asset in that trust.

The Clayton Trust has been in contract with Arcis Golf, a Texas company, to lease and manage the Park Hill Golf Club. In 2017, that contract called for $700,000 from Arcis, which accounted for about five percent of the Clayton Trust revenue.

The sale of the golf course property would help Clayton's finances.

Arcis has a current lawsuit in Denver District Court against Clayton Learning Center, saying the company had first right of refusal for any sale of the land.

Arcis had also sued the city of Denver over construction the city is currently doing on the north end of the golf course, which has resulted in the golf course closing this year.

Denver has blocked off four of the holes, which are now dirt covered. The city is building a detention pond on the land, just south of the Central I-70 project.

As part of the lawsuit against the city, Denver agreed to reimburse Arcis for temporary watering expenses.

Neither Clayton Early Learning nor Westside Investments would comment on the potential sale or what the plan for the property would be.