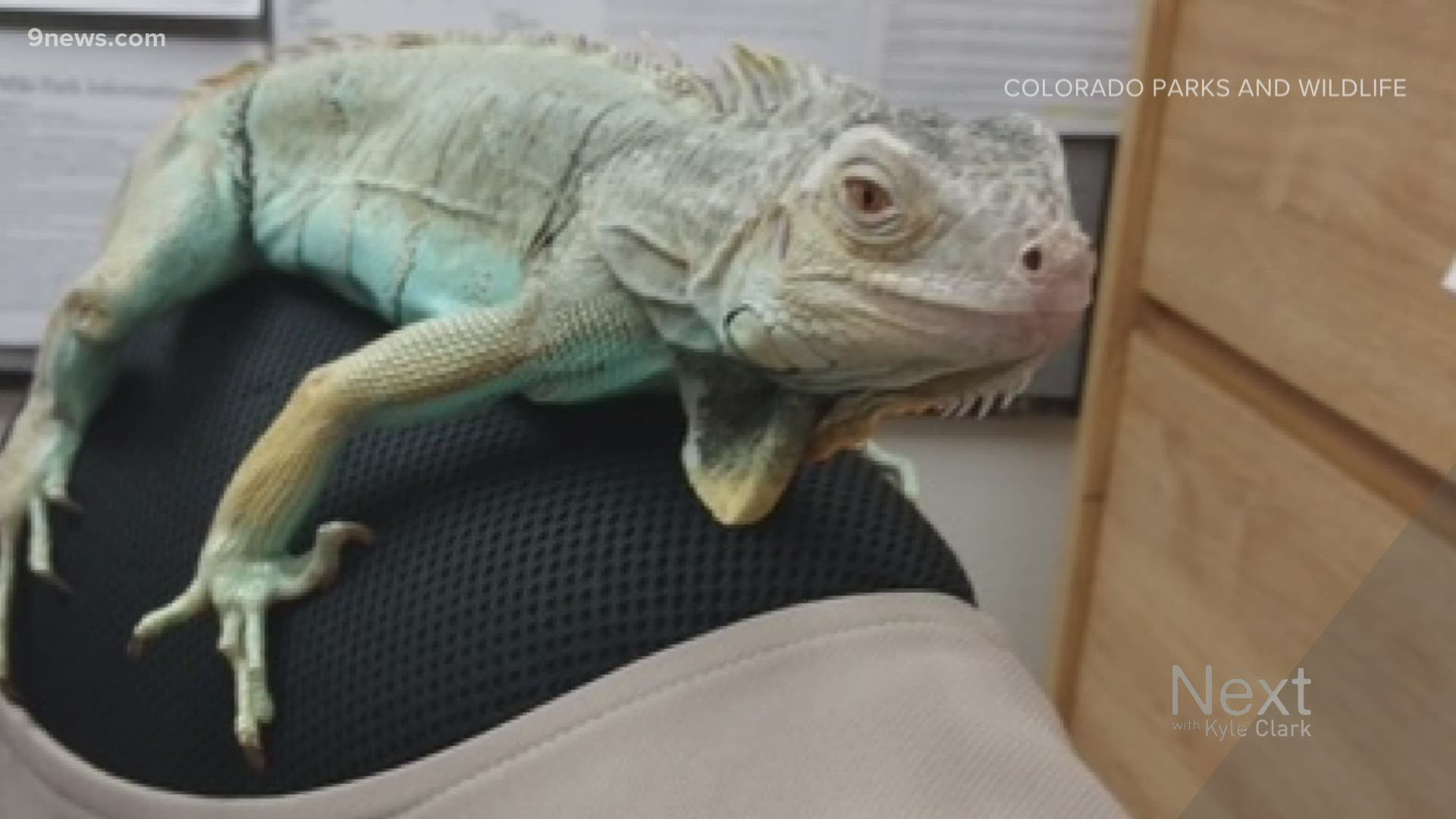 DENVER — Darcy Mount works at a state park, so she's used to responding to situations involving animals, even if they seem silly.

There was the time someone reported seeing a fox under their camper, for example. She responded and realized the animal was, in fact, the Labrador retriever from the next campsite.

So when someone at Eleven Mile State Park claimed to see an iguana, she was skeptical. Since iguanas are from the tropics, there is little to no chance one would survive the altitude and nighttime temperatures of Colorado, even in July.

This time, the caller was right.

"You just never really know what you're going to get," Mount said. "Sure enough, it was an iguana."

Mount said it's not unusual for campers to bring their exotic pets to the site. Snakes, parrots and ferrets have all been known to stay overnight at the Rocky Ridge campground with their owners. One regular camper even brings his "ginormous" iguana, as Mount describes it, often.

This iguana, however, was alone. Mount suspects this is either a case of an escaped pet, or likely, someone dumped it at the campground.

"[Dumping] is very cruel and inhumane for a tropical lizard. There's no food source up here for an iguana. Nothing," she said. "If it survived the temperatures, it would have starved to death."

The cruelty extends beyond an individual pet. Animals may carry diseases that they can handle, but the native wildlife population cannot.

Mount said all Colorado Parks and Wildlife employees have dealt with dumped animals -- from dogs, to livestock, to goldfish -- at some level.

To keep this animal safe, Mount built the iguana, eventually named Miles after the park where he was rescued, a heat lamp in her office. He was then taken to Colorado Reptile Humane Society in Longmont, where he'll be available for adoption soon.

Both Mount and the humane society report that Miles is quite sweet, an unusual trait for a "teenage" iguana. They are typically bratty at that stage, they said.

If you're interested in adopting him, the staff there suggests being prepared. He could grow up to five feet in length and will need a proper cage. Iguanas can live long lives, too.

The humane society also shared that Miles has some trouble seeing.

RELATED: Keep your goldfish in your fishbowls, Colorado

RELATED: WATCH: Bear cub rescued from tree after running across I-25 in Colorado Springs