National political figures are coming to Aurora to make a point about gun control. 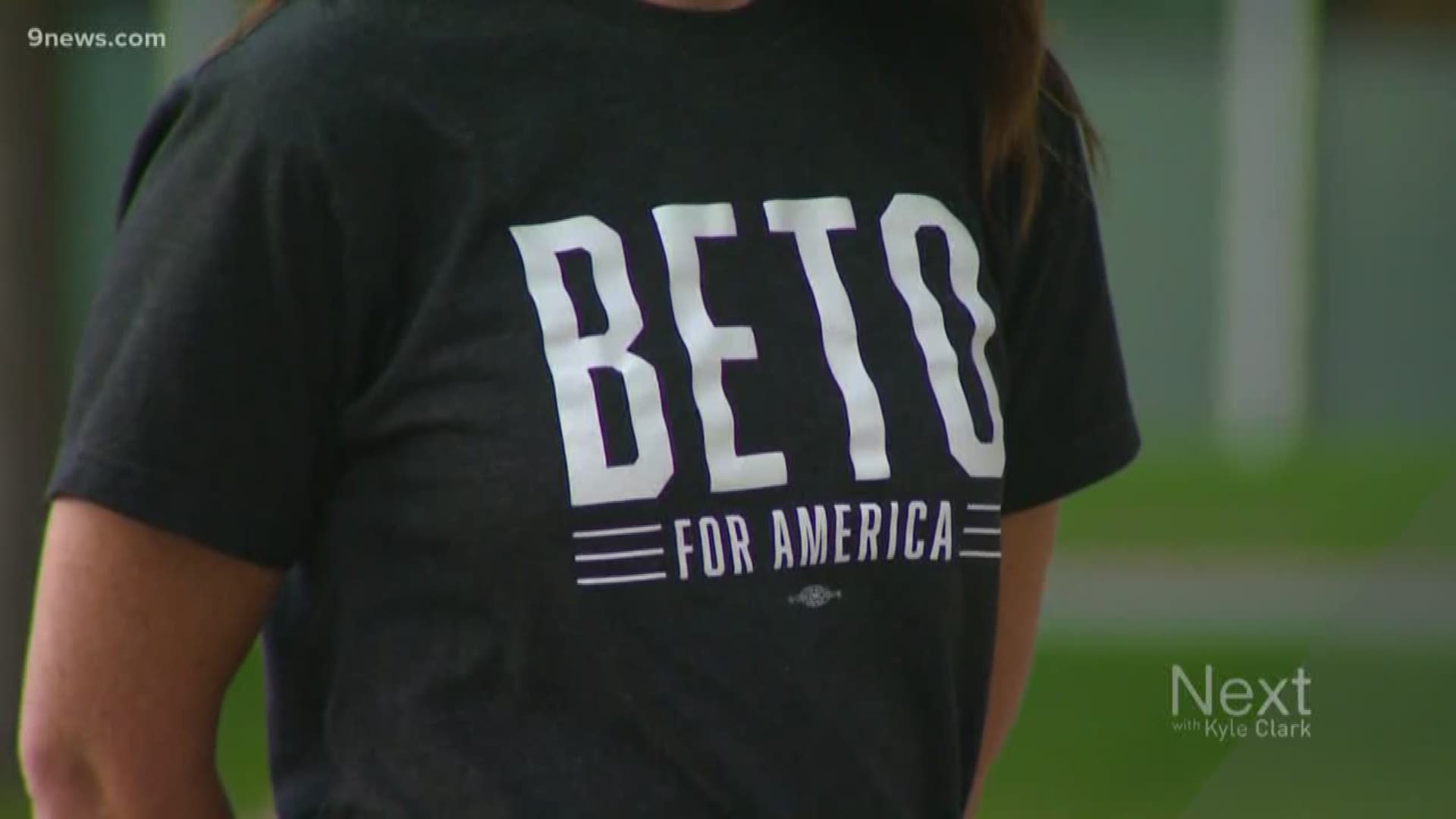 Is Aurora getting a reputation for being the place to go to make a gun statement?

"They’re coming right to the sites. If you’re coming to the sites, you can contact the people who have been involved in that," said State Rep. Tom Sullivan (D-Centennial).

Sullivan is getting plenty of practice setting up these types of visits for national political figures.

“That does not define me, just being the father of a murdered moviegoer, I am more than that," said Sullivan.

When O'Rourke spoke on the west steps of City Hall on Thursday night, he was introduced by Sullivan, who referenced the Aurora theater that could be seen from the rally, as well as the 7-20 Memorial on the opposite side of City Hall.

"It’s refreshing that they would come and speak to people who have been impacted by it," Sullivan said about gun violence. "They’re not in Fort Collins. They’re not in Durango. This is where they still are. They still live here.”

"For a candidate, I do believe that Aurora is the appropriate place," said Aurora Mayor Bob LeGare. "With Colorado being a purple state, we’re going to a lot of attention from people that want to be in the big office."

When I was growing in Aurora and had to introduce myself to new people and tell them where I'm from, they would often say, "Oh, Wayne's World!" No, that was Aurora, Illinois. Now when I introduce myself from Aurora, everyone knows where I mean.

"Now, Las Vegas is not going to be Sin City and all kinds of fun, it’s going to be that city," said Sullivan. "Yes, that was a moment in our history, but that does not encompass our history.”

Yet, political figures continue to come to Aurora to make a point about gun control.

“I do have a little bit of a concern if candidates are looking to capitalize on a tragedy. I don’t like that, but I don’t know that I agree that’s what their motive is," said LeGare. "I think [there are] votes here and they want to come here."

O'Rourke is campaigning off his presidential debate appearance where he talked about taking back assault weapons.

"Hell yes, we're going to take your AR-15, your AK-47, we're not going to let it be used against your fellow American anymore," O'Rourke said during the debate.

In a follow-up interview on CNN, he was asked if he supported confiscating guns. He said yes, when referring to AR-15s and AK-47s.

"I did hear a soundbite from Beto O’Rourke that said that he was going to use law enforcement to confiscate assault weapons across the United States, and to that I would say he’s living in a dream world," said LeGare.

9NEWS reporter Ryan Haarer was also at the O'Rourke rally and was going to try to get an answer from the candidate on how he would enforce his proposal on people who don't willingly give their guns back.