This isn't the first time Colorado has suffered the loss of several officers in short order. 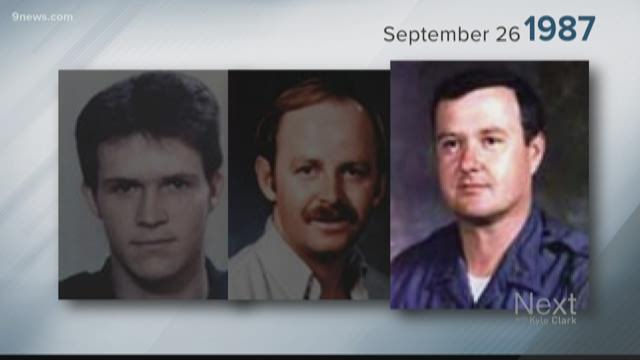 There were three line-of-duty deaths in Colorado in the five-plus weeks since the end of 2017.

This isn’t the first time Colorado has suffered the loss of several officers in short order.

Deputy Stillwell was survived by his wife and daughter..

Agent Hockom was shot and killed after stopping a vehicle which matched the description of a vehicle leaving the scene of an armed robbery ten minutes earlier. After stopping the vehicle Agent Hockom was shot by the suspect with a handgun. The suspect was later arrested after a long vehicle pursuit and charged with murder and three other robberies committed in the hour prior to the shooting.

Trooper Charles Fry was killed after being struck by a drunk driver on I-25 between Denver and Colorado Springs, just south of the Douglas County line.

The driver fled the scene but was arrested at a roadblock on I-25 near C-470. He was sentenced to 16 years in prison but was released after serving only 12 years. Within nine months of the suspect's release he was charged with DUI on two different occasions.

Information via Officer Down Memorial Page.

The drunk driver who killed Trooper Fry was arrested by a State Trooper named Lora Thomas, who’s now a Douglas County Commissioner. That man has been arrested several times in Colorado over the years, for charges including DUI, trespassing and violating probation. His most recent arrest was in 2016.