'We were getting ready to fight:' Rep. Jason Crow describes escaping mob inside U.S. Capitol 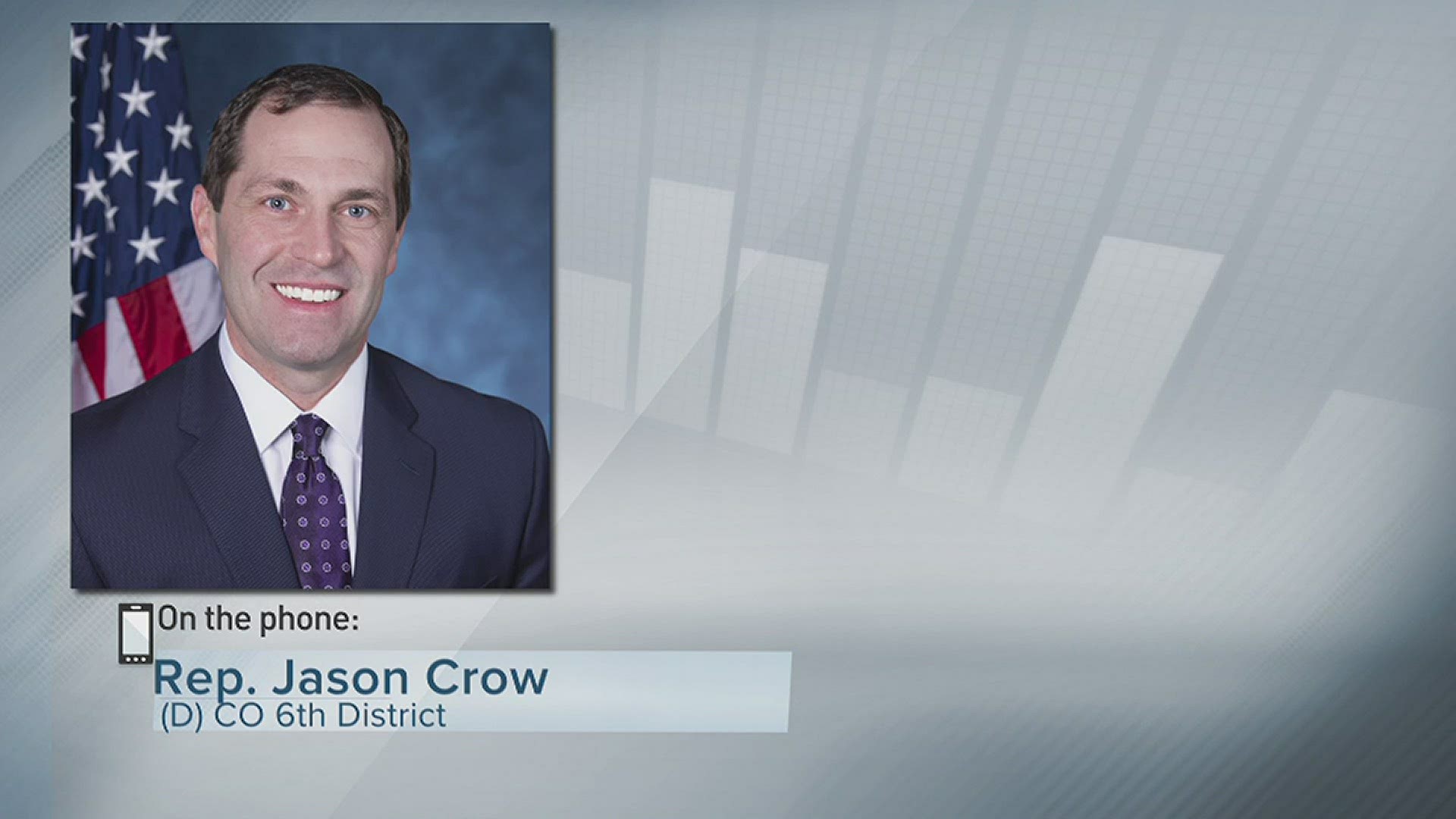 WASHINGTON, D.C., USA — Rep. Jason Crow (D-Colorado) had served three tours in Iraq and Afghanistan, but he said that didn’t prepare him for what happened at the U.S. Capitol on Wednesday afternoon.

“When I was an Army Ranger, I did what an Army ranger is supposed to do,” Crow said. “I never thought I’d be in a situation like this as a U.S. Representative in the U.S. Capitol.”

A photo of Crow crouched on the ground comforting fellow Rep. Susan Wild (D-Pennsylvania) became one of the iconic images of an unprecedented day in U.S. history, where a mob of pro-Trump rioters stormed the U.S. Capitol to overturn President-elect Joe Biden’s victory.

I've long believed photojournalists are the most important journalists we have and @pennstatetom is truly the best. This photo of Jason Crow comforting a colleague will be in a history book one day. pic.twitter.com/fukvEBhovn

Crow recounted how police used furniture to help barricade the doors surrounding the House floor after Speaker Nancy Pelosi and other members of leadership were ushered out of the building.

“There was about a 15-minute period where the rioters were trying to ram the doors down, breaking the glass,” Crow said.

In an interview with CNN, Crow said that he instructed other members of the House to remove their pins so it would be harder for the mob to identify them. He said he was prepared to use a pen in his pocket as a weapon.

While police worked to clear a path to escort the people in the room outside of the Capitol, Crow said he helped other members take masks used to protect them from tear gas out of their packages and showed them how to use them.

“We were getting ready to fight if necessary,” Crow said.

He said police were able to push the rioters back enough for him and other members of the House to be escorted out of the Capitol through the tunnels. They later returned to vote and confirm Biden’s electoral college win.

Wild described the scene as one of “confusion and chaos” and said since she had served in combat, she wasn’t prepared.

“Thankfully I had Jason Crow right behind me bringing some sense of calm to the situation,” she said.

Crow, whose ordeal was profiled in national publications including the Rolling Stone on Thursday, said he hasn’t had time to fully reflect on what Wednesday’s events mean.

Crow called what happened an "attempt to overthrow the Capitol" that can be blamed on Trump and the people who support him.

"We have a lot of really deep thinking and hard work as a nation to figure out a path out of this," Crow said.