An ad paid for Hickenlooper for Colorado touts the former governor's economic record and vaguely mentions the PPP loans in the CARES Act. 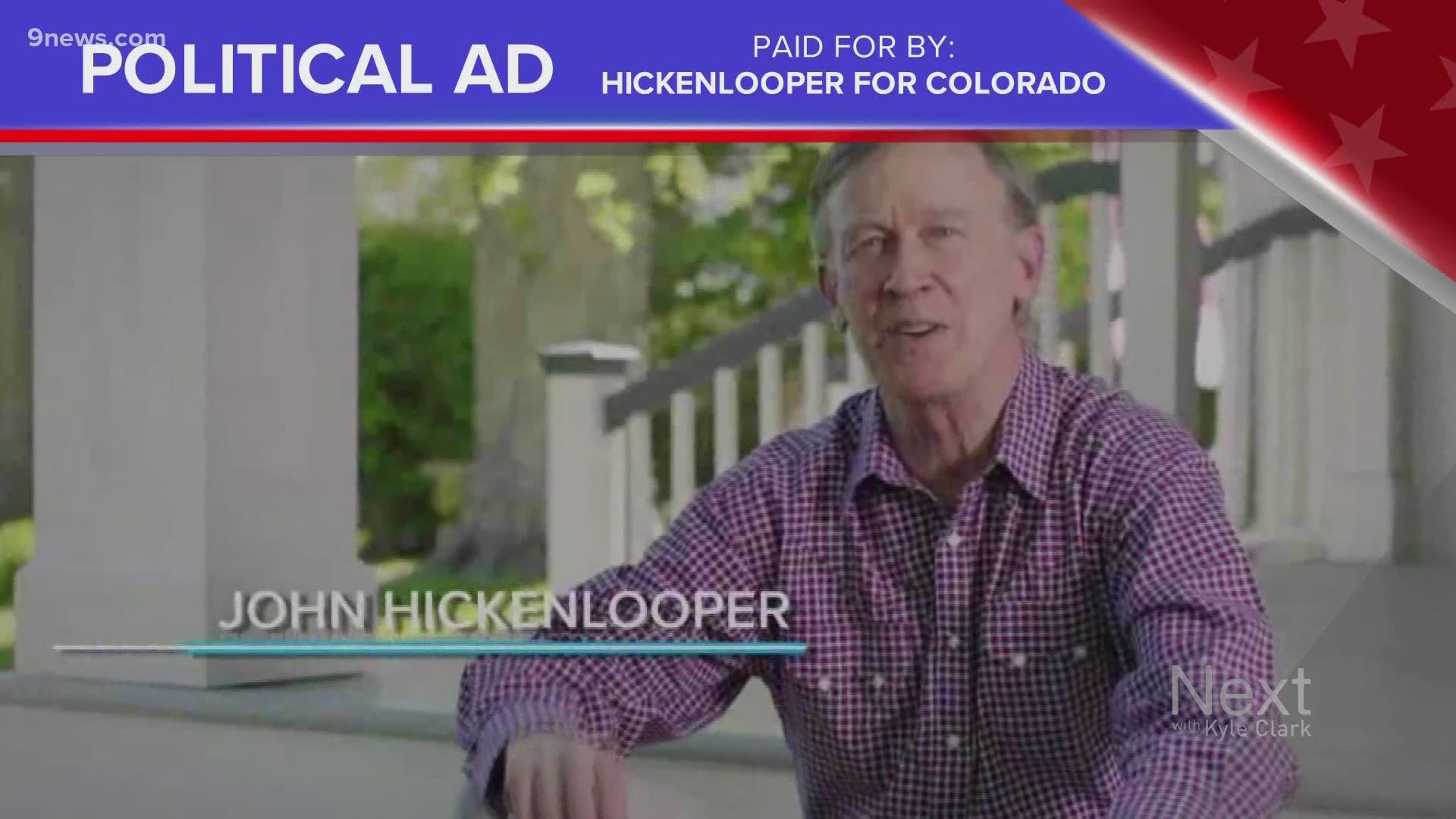 DENVER — Ballots are in your hands, and the Democratic candidates for the U.S. Senate are on the air with political ads trying to sway your vote.

Hickenlooper for Colorado has paid for an ad touting the economy during his time as governor, while also making a vague reference to CARES Act loans from Congress.

AD/CLAIM: "When I was sworn in as governor, Colorado ranked 40th in the country in job creation, but together we built the No. 1 economy in America."

VERDICT: True, but this is not an apples to apples comparison.

In that report, Colorado was ranked No. 1 in "economy." According to the report, economy rankings are determined by:

Saying Colorado went from 40th in the country in job creation to the No. 1 economy is comparing one criteria comprising 50% to the overall total. Again: It's not an apples to apples comparison.

Economy was just one of eight rankings from the U.S. News and World Report.

Despite the No. 1 economy ranking, Colorado ranked 10th overall.

Here's where Colorado ranked in 2018 in the eight categories:

There is no one organization that hands out "America's No. 1 Economy" award. U.S. News and World Report is just one publication that produces "Best of" rankings.

A quick web search found that Business Insider ranked Colorado fifth in 2018, based on six factors:

Wallethub also ranked Colorado fifth in 2018 based on 28 factors.

Yes, what Hickenlooper said in the ad about 2018's U.S. News and World Report is true, but that ranking is not true across the board.

AD/CLAIM: "And that's what Washington needs now. Instead of handing out loans to big corporations, they should be helping small businesses stay in business."

VERDICT: There is no definitive fact to check here.

Based on information provided by the Hickenlooper campaign, this part of the political ad is referencing the Paycheck Protection Program (PPP) loans from the CARES Act passed by Congress and signed by President Donald Trump.

These are the loans that small businesses could apply for through banks. Depending on how the money is spent, it's possible the business would not have to repay the loan. Many small business owners contacted 9NEWS, and other media outlets saying they were shut out of the loans when the account was empty before their application was processed. Since then, the fund has been replenished by Congress.

These are also the loans that large corporations received: the Los Angeles Lakers, Potbelly Sandwich and Shake Shack.

Each of those three received millions, and then returned it after it became public.

Which Colorado businesses received a loan?

9NEWS has asked for a comprehensive list, but the federal government hasn't provided it yet.

Hickenlooper doesn't say in his ad if he would have voted against the CARES Act that provided the loan money. In fact, no current senator did.

It passed 96-0, with yes votes from both of Colorado’s senators, Republican Cory Gardner and Democrat Michael Bennet.

BOTTOM LINE: Hickenlooper touts his efforts as governor to improve Colorado's economy. Yes, the economy improved while he was governor. However, Hickenlooper does not describe how his actions as governor contributed to that. His comparison of job growth to one publication's overall economy ranking is not apples to apples. While he points out that small businesses struggled to get PPP loan money, he doesn't say what he would do that was any different than our current senators.