Five petitions have been filed in Colorado since the state's red flag law went into effect on Jan. 1. 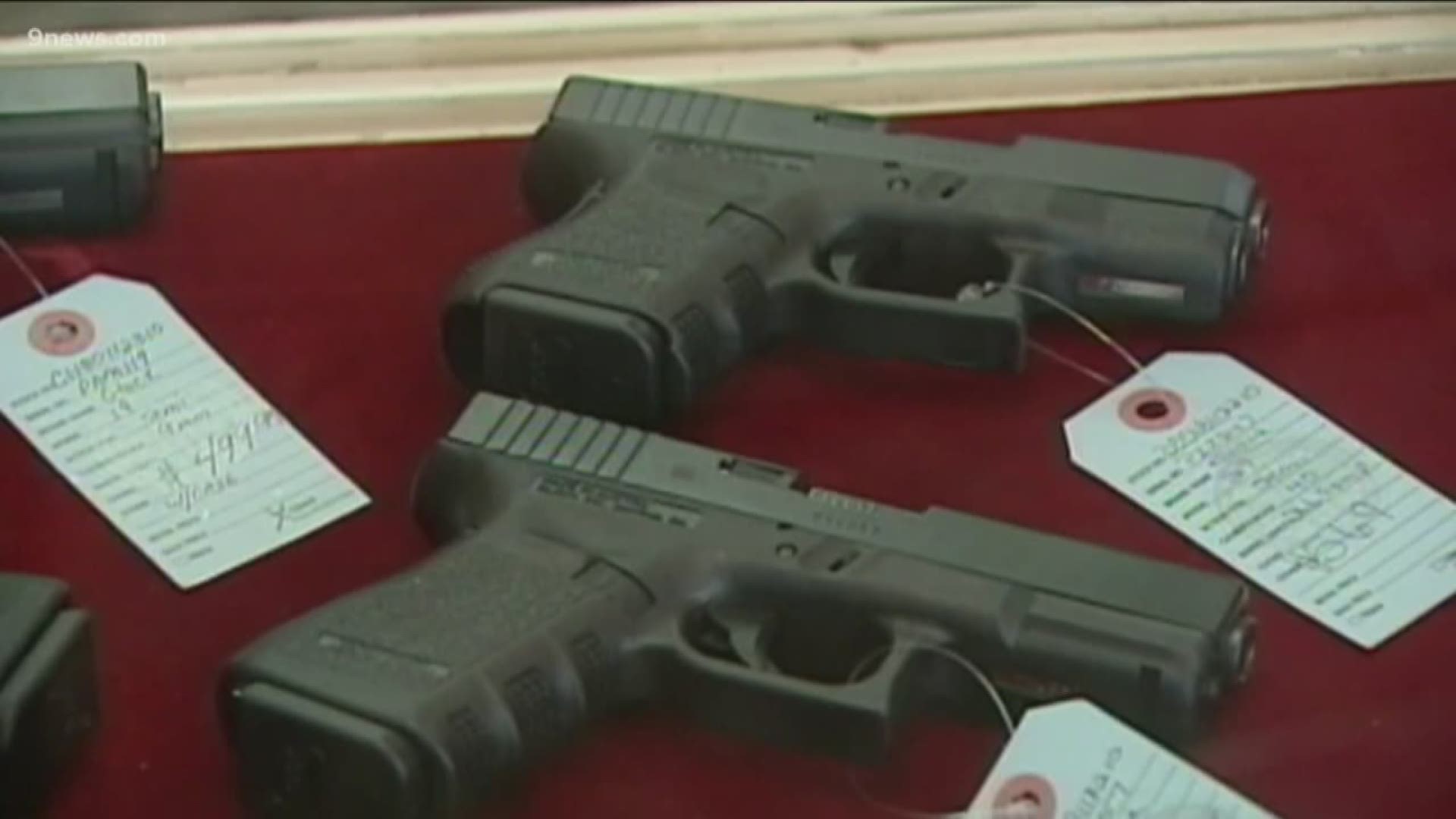 A judge in Lincoln County denied a request for a temporary extreme risk petition order on Jan. 6, the same day the petitioner filed their paperwork.

A woman filed the petition against a boyfriend, according to court documents, citing physical and verbal threats. That included an incident on Dec. 29, 2019, three days before the law was in use, in which the man allegedly threatened her with a handgun.

9NEWS has not seen the judge’s explanation for denying the petition.

Under Colorado’s red flag law, a judge can order someone's guns to be removed if the judge deems them to be a threat to themselves or others. A family member, household member or law enforcement officer can file petitions.

Lincoln County is one of dozens in Colorado that declared itself a “2nd Amendment sanctuary” while state lawmakers debated the bill last year. Typically, that means a sheriff will not enforce red flag orders, much less file themselves.

The first temporary extreme risk protection order petition was filed in Denver County on Jan. 2. The judge granted that petition. The case is scheduled to be heard in court later this month.

Five extreme risk protection order petitions have been filed in total, as of Jan. 13, 2020:

The Lincoln County case has been the only one with a denial thus far. A judge has yet to rule on one of the cases in Larimer.

Gov. Jared Polis (D) signed Colorado's red flag bill into law in April. It went into effect at the start of 2020. The law calls for a hearing within 14 days of the temporary order, after which a judge decides whether or not to continue that protection order for up to 364 days.