Sen. Amy Klobuchar (D-Minn.) is one of several candidates making stops in Colorado, with less than two weeks to go until Super Tuesday. 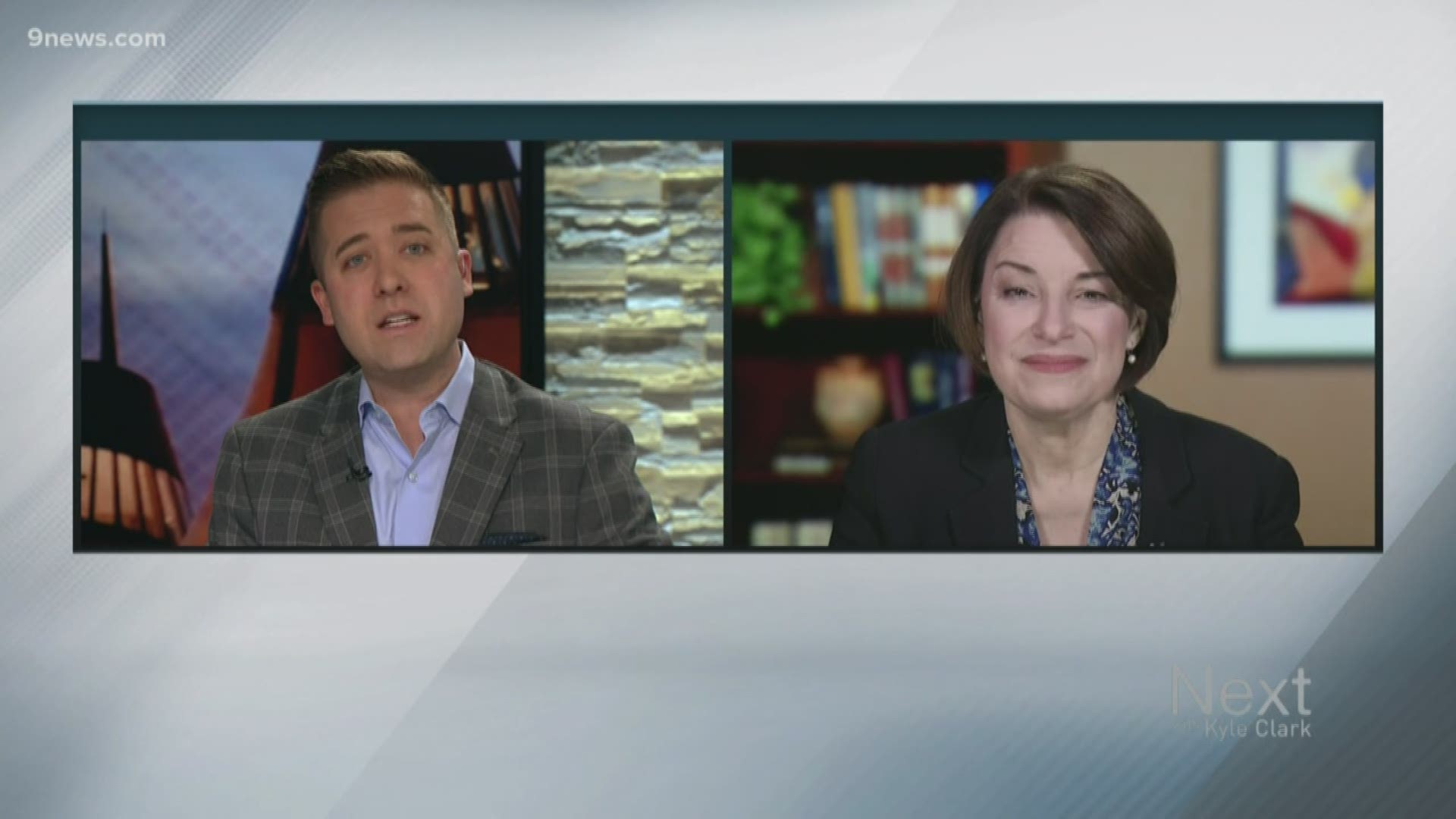 DENVER — Presidential hopeful Amy Klobuchar added to her campaign staff this week with new hires from Colorado, one of many states where she is making campaign stops leading up to Super Tuesday.

Klobuchar, a Democratic senator from Minnesota, visited Stanley Marketplace in Aurora on Thursday President Donald Trump and Congresswoman Tulsi Gabbard made campaign stops of their own in other parts of the state.

She praised Colorado early on in her speech, saying it reminds her of home.

“I feel a lot of kinship with this state. You’re kind of like Minnesota with mountains,” she told the crowd.

In a satellite interview from Nevada one day after her Aurora appearance, Klobuchar told Next with Kyle Clark that her childhood camping trips to Colorado and beyond helped influence her stance on drilling public lands. Earlier this month, the Trump administration announced plans to allow drilling and mining on land that had previously been off-limits, including Bears Ears National Monument in Utah.

Klobuchar has said she would restore land reductions to Bears Ears that could make energy development possible. Below, some takeaways from our interview:

“I'm not in favor of energy development on public lands with drilling and the like. You have to look at every case and say does this make sense for the local area … We want to have spaces where people can go. We want to have spaces that aren't filled with buildings otherwise we'll lose the character of Colorado and of America.”

Denver and the state of Colorado have recently debated the use of private prisons. Just this week, Denver extended a contract with CoreCivic, a private prison group, by one year for a halfway house. On ending private prisons:

“I am someone who, as a former prosecutor -- I think I would approach this in a way that looks at public safety, number one, [as a] job of the government. But also looks logically, at how can we phase this out private prisons and make this work. Part of this is, it goes hand in hand with sentencing reforms.”

On Immigration and Customs Enforcement:

I don’t agree with abolishing ICE. I think we need to reform ice, and I was actually one of the first people when this issue came up to be very clear in my position, but I think more than that what the president is trying to do, of course, is that he only focuses on one side of immigration, instead of acknowledging what so many people in Colorado know, which is that immigrants are a major part of our economy. And the way to deal with everything, including security issues, is by passing comprehensive immigration reform.”