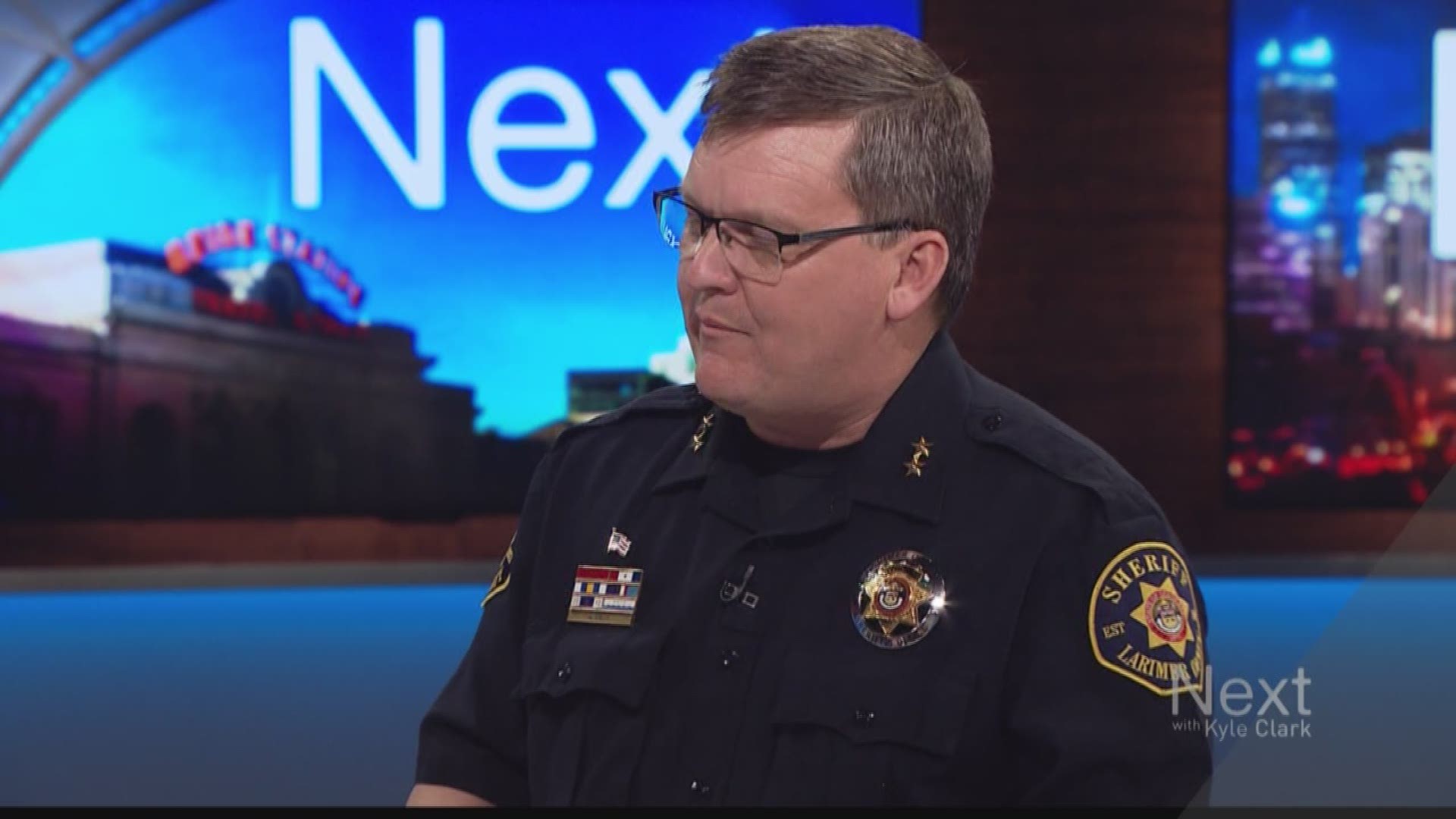 Along with a handful of other law enforcement officers and politicians - who generally support Trump's position - they met in the White House for a roundtable conversation “to discuss the threat of the very lawless, in many cases, sanctuary cities,” as the president described them.

Smith touched on Denver’s “sanctuary policies" in the meeting, and gave Ivan Zamarripa-Castaneda – a man living in the United States illegally who is accused of driving drunk and causing a deadly hit-and-run crash after his release from jail -- as an example of those policies gone wrong. He also mentioned “one activist judge” in Larimer County who put a “No ICE Agent” sign on the door of her courtroom.

“Essentially, you’re putting law enforcement officers potentially in a position to obstruct government operations,” Smith said in an interview with Kyle Clark about what he sees as the overarching problem with sanctuaries.

Smith's department cooperates with ICE by handing over fingerprints and allowing ICE agents to meet with inmates. Colorado law does not allow the sheriff to keep an inmate in custody strictly for ICE to detain that person, but he thinks local jurisdictions should have the right to assist federal agents.

"It depends on the resources I’ve got," he said. "I can’t always guarantee to any other agency what assistance I can give them, but I never get put in a position of obstructing their operations. That’s actually what we’re seeing, is those consequences of one government obstructing another, and needless to say, that’s a dangerous and slippery slope to start down."

Smith, a Republican, calls the process politicized, pointing to other federal agencies like the FBI that are allowed to enter jails and courthouses to conduct business in "sanctuary cities."

He is supportive of ICE having the same advantages; while opponents argue that prevents victims and witnesses from testifying in criminal cases for fear of being deported, Smith says lesser-known programs like the U visa and the T visa exist to protect those people.

"Those are the kinds of policies we see in place against ICE, and so those are the weird things the are coming out in this. And where the rubber meets the road, that's where the practical problems are, and it's pitting officers against each other and potentially creating some of those dangers to the public."

Watch our full interview with Sheriff Smith below.