A state lawmaker wants Colorado to wade into the federal immigration debate by giving state issued work permits to people who are in the U.S. illegally. 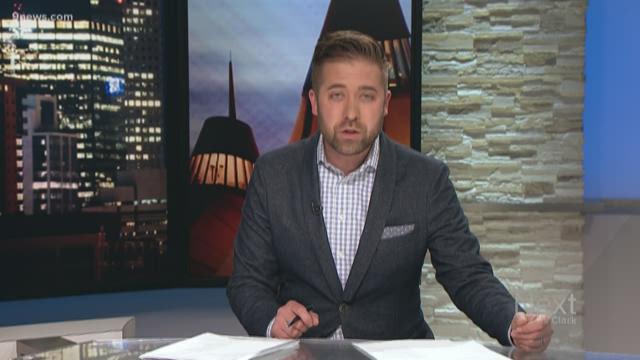 A state lawmaker wants Colorado to wade into the federal immigration debate by giving state issued work permits to people who are in the U.S. illegally.

The card would allow so-called "Dreamers" or DACA recipients who entered the country illegally as children to keep working in Colorado.

Dreamers have been able to avoid deportation and work legally in the U.S. since June 2012. The DACA program lets people with clean criminal records who came to the U.S. before their 16th birthday renew a work permit every two years.

President Donald Trump announced in September 2017 that he would end the DACA program on March 5 and challenged Congress to pass a law permanently protecting the Dreamers before that deadline.

The federal government shut down in January and more than a dozen proposals have been floated, but Congress still hasn’t passed an immigration bill.

That’s why Pabon is pushing this purple card bill.

“Colorado needs to be on the forefront of providing some guidance to employers and employees about what will happen to their workers who, again, may have been on the job for years,” Pabon said.

Groups that support the Dreamers estimate about 17,000 of them live in the Centennial State.

If the federal government fails to pass an immigration reform bill by Trump’s March 5 deadline, what happens next is complicated.

U.S. Citizenship and Immigration Services data estimates that 425 people will lose their work permits each day.

However, two federal court orders appear to let DACA recipients renew their permits now rather than waiting until their specific renewal window.

The Trump administration asked the U.S. Supreme Court to decide whether these orders are lawful. The court is scheduled to talk about it in a closed-door conference Friday.

Pabon said a purple card would provide security to employers and employees during this federal fracas.

“That is a federal, congressional job,” Pabon said.

What the bill would do is provide legal cover to businesses that continued to employ DACA recipients after their federal work permits expired.

“If the IRS or someone came in and said this is in violation of federal law, the state would essentially step in and defend the employer and employee in court,” Pabon said. “And basically, make the case that states have a 10th Amendment right to employ a worker permit program.”

“Circumventing federal employment laws is not a viable approach to our nation’s immigration issues,” said Assistant Minority Leader Cole Wist (R-Centennial). “The program this bill is attempting to create is illegal, and absolutely will not benefit the people it intends to help."

Gov. John Hickenlooper (D-Colorado) expressed similar reservations to KCNC. He said the purple card idea has “a lot of problems, or there would be a lot of details to work out.”