Let’s get excited about the Avs

In a town that lives and dies by its football team, there's another team in town that deserves our attention. 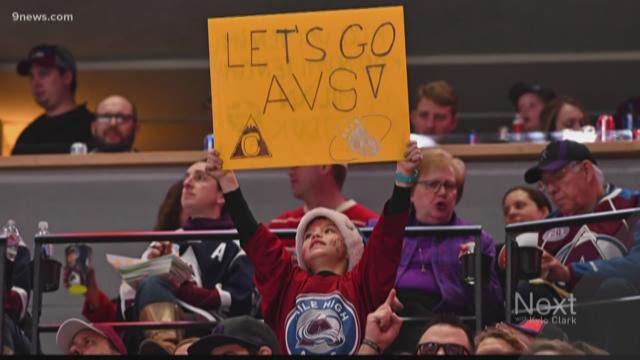 In a town that lives and dies by its football team, there’s another team in town that deserves our attention.

This isn’t a message for the diehards. You’ve always been there.

But for those of you who haven’t paid attention to the Colorado Avalanche in a while, please consider catching a game. You’ll like what you see.

I’m writing this at an odd time. The Avalanche just lost a game Tuesday night in Montreal, ending a 10-game winning streak, the second longest streak in franchise history.

But perhaps fans need the encouragement now more than ever.

This is a team that has disappointed us in the past. It’s hard to forget last season which was the worst in franchise history.

But this year, a little more than half way through the season, the Avs already have more wins than they did in that worst season.

But this is also a team that always seemed destined for wins. The talent-level is expansive. It just never seemed to click.

At last check, forward Nathan MacKinnon was second in the NHL in points. He scored or assisted in most of the last 10 games the Avalanche won. And he’s only 22. If this team can get anything close to that kind of production out of him for the next few years, they’ll be successful.

The team is getting great contributions from Alexander Kerfoot, Erik Johnson and captain Gabriel Landeskog.

Not to mention, Jonathan Bernier has been standing on his head filling in in goal for the injured Semyon Varlamov.

This team is fun to watch and deserves the kind of buzz the Broncos get.

I went public with it tonight. I grew up outside of Detroit. The Red Wings are my team. I live and die by them.

If you’ve been around here for a few years, you know about the history of the Avalanche and the Red Wings. They produced perhaps the best rivalry in NHL history in the mid-1990s.

But one of my best friends, who also happens to be an Avalanche fan, always says he has “grudging respect” for the Red Wings, especially the Wings of a former era. And I realize, I have that same feeling for the Avalanche.

Plus, our teams are in different conferences now. So there’s that.

Except for that one game a year when my team comes to town.