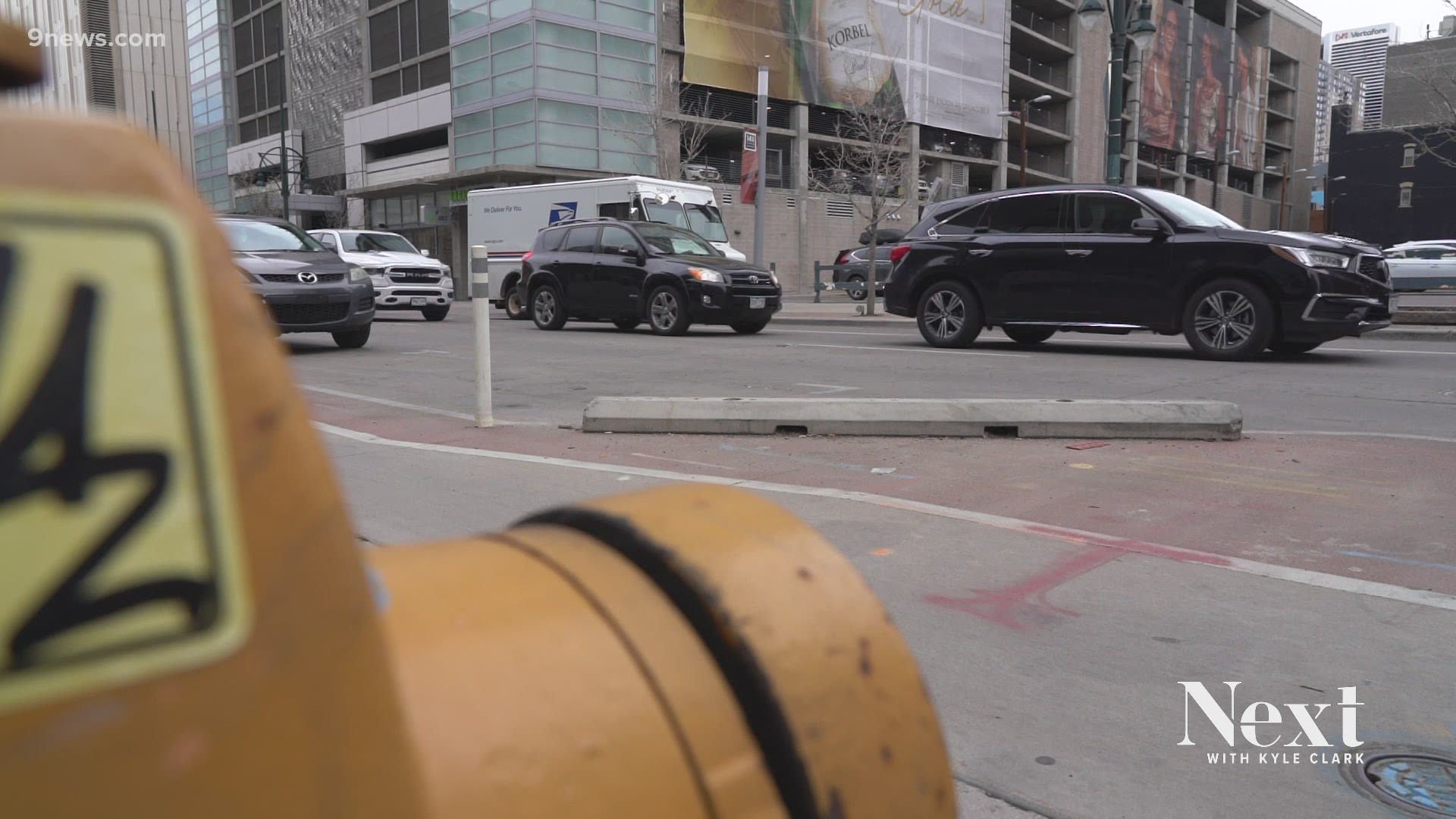 DENVER — For those of us working at home, getting fully vaccinated is the next step to normal.

Then, it is returning to work. In person.

Except, the Colorado Department of Public Health and Environment (CDPHE) is studying a way to limit who drives to work. The Employee Traffic Reduction Program has nothing to do with COVID-19 or traffic.

"The 'E-TRIP' as we call it, what that would do is require employers in the Front Range with 100 or more employees really come up with a plan to create or incentivize options for those workers beyond just driving to work alone," said Clay Clarke, Climate Change Unit Supervisor for CDPHE.

The proposed program, which could be voted on by air quality regulators in August, would put the onus on employers to try to reduce the number of employees who drive to and from work solo.

"That could be more remote work. It could be vanpooling. It could be shuttles. It could even be supporting biking to work through bike lockers and showers at work," said Clarke. "We're trying to nudge those employers to look at the options that are out there."

According to Clarke, there are 2,763 businesses with 100 or more employees totaling more than 877,000 workers.

The rulemaking would be to reduce the number of solo trips among those drivers.

The reduction goal is to better the metro area's air quality.

"Just under a million tons of greenhouse gas emissions, but that's by 2025," said Clarke.

The Regional Air Quality Council has a cost-benefit analysis of different options for businesses.

The study looked at 800 businesses with 250 or more employees.

One idea is to have each employee offered an RTD EcoPass for unlimited RTD rides. For the 800 businesses, that totals about 511,000 employees. If each employer offered every employee an EcoPass, it is estimated to cost, on average, $240,000 to the businesses.

Another idea is to offer each employee two roundtrip transit passes, to encourage alternate modes of transportation twice a week. If each of the 511,000 employees were offered that, it would cost businesses, on average, almost $700,000 a year.

"We don't have to tell you this, you've been reporting on it for the past year, we have companies that are really challenged right now financially, and they're focused on making sure they're keeping workers on payroll, let alone add," said Denver Metro Chamber of Commerce CEO Kelly Brough.

A no-cost option would be offering more work-from-home opportunities.

"I think you'll see increased working from home, but you also saw this last year, we have a lot of jobs that you can't do from home or, or that our employees will tell us, are really hard for them," said Denver Metro Chamber of Commerce CEO Kelly Brough.

The chamber's board was given a presentation on the Employee Traffic Reduction Program last month.

"There were a few sticklers for us, and one of them had to do with employers paying penalties for the actions of their employees, basically in their free time," said Brough. "It's their personal decision about how to get to work and how to get home, and so we would ask that employers not have fines and penalties for employees making those decisions themselves."

"Ultimately the employer would not be penalized if they are offering the options and the employees are not utilizing them," said Clarke. "The choice still lies with the employee or these workers, and if they choose not to utilize the options, that's not on the employer. What would be the obligation is to come up with a viable plan."

He said the state's air quality laws allow the state's commission to adopt regulations and provide penalties if they are not followed.

Though, he said this would be a work in progress with businesses.

"If the plan isn't resulting in this shift away from single-occupancy vehicle, really what we want to do is revisit the plan with the employer and help them come up with a plan that does work for them," said Clarke.

If the program is voted on and adopted in August, it could be in place by mid-2022.