About 200 volunteers helped create a four-panel concrete and granite structure bearing the faces of the six who lost their lives. 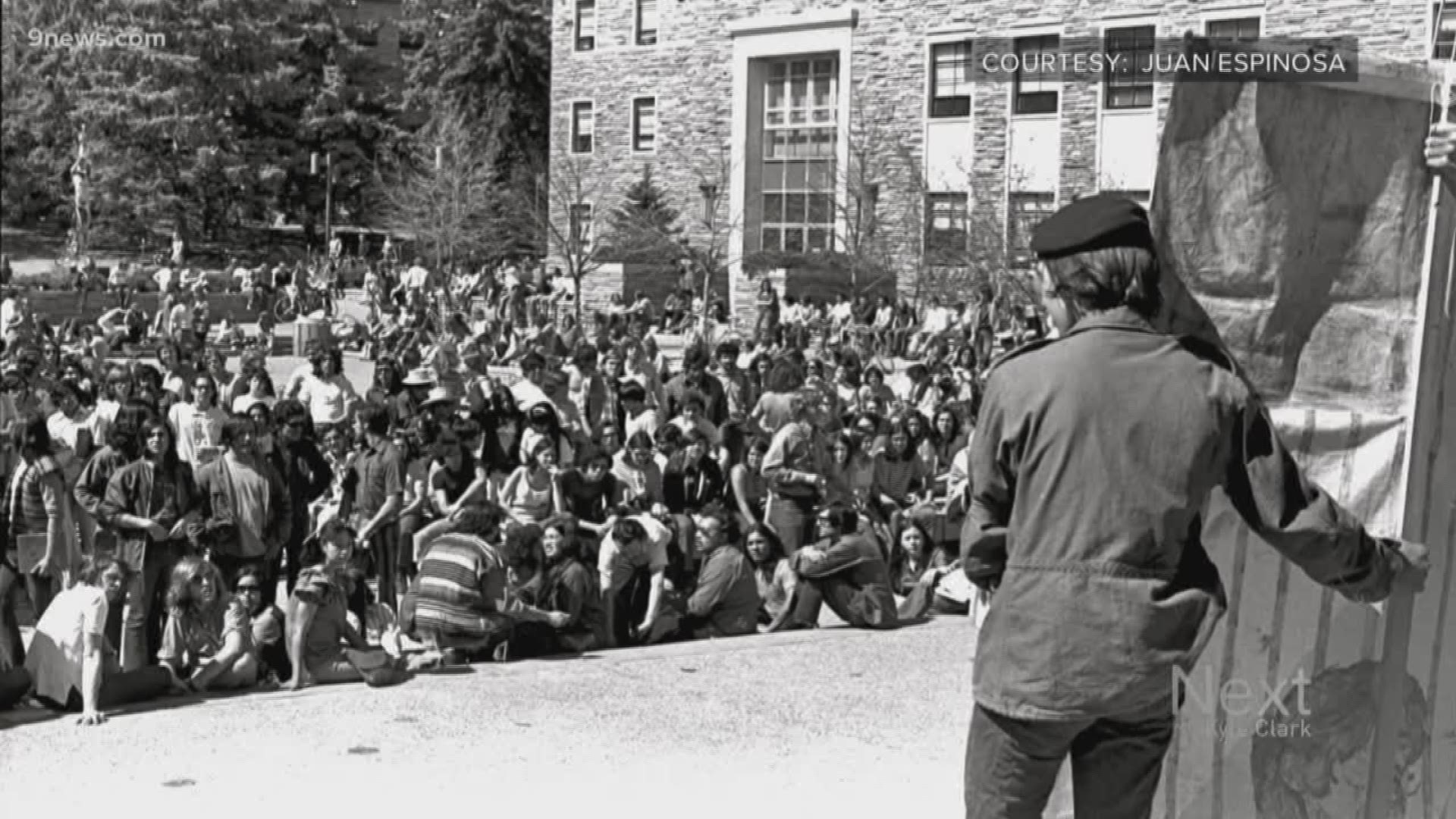 BOULDER, Colo. — Students on the University of Colorado Boulder (CU Boulder) campus recently unveiled a part of the school's history. -- one that was almost forgotten.

The Los Seis de Boulder sculpture was created to commemorate six students who were killed in two car bombings in the early 70s.

“Three students were sitting in their car at Chautauqua Park overlooking the city and it exploded … there was a bomb planted underneath the car,” said student Alan Adams. “Three days later, another car bomb went off and it killed 3 more students and injured another one.”

Adams is a member of a United Mexican American Students (UMAS), a student group started on the Boulder campus in 1968, to encourage justice and equality for Chicano and LatinX students.

“(The killings were) in response to some contention and overall issues with the university that the club had been experiencing,” Adams said.

“The killings were never properly investigated,” said artist and student activist Jasmine Baetz. “It's super murky so I can see how that played a role in this for it not to be memorialized but for it to be completely erased is reprehensible.”

Baetz helped organize about 200 volunteers to help create a four-panel concrete and granite structure bearing the faces of the six who lost their lives:

All six had been involved in Chicano activism on campus in what is known as Temporary Building One.

“This building was a site of activism and incredible student movement work and it shouldn’t be forgotten,” Baetz said.

“I’ve been in UMAS for about 3 years and I didn’t really fully learn the history until my second year in the club,” Adams said. “We really wanted to commemorate that history here on campus because it’s not very widely spoken about.”

For the next six months, the sculpture will sit in front of the historic building. Adams hopes to see it on display there permanently.

“It happened right there at Temporary Building One,” Adams said. “So what we really need to do with the sculpture is to make sure that history is remembered and it’s in a spot where people see it every day.”