There's been a lot of talk about stripping the "Stapleton" name off places in Denver, due to former mayor Ben Stapleton's ties to the KKK. Students at one charter school are joining the conversation. 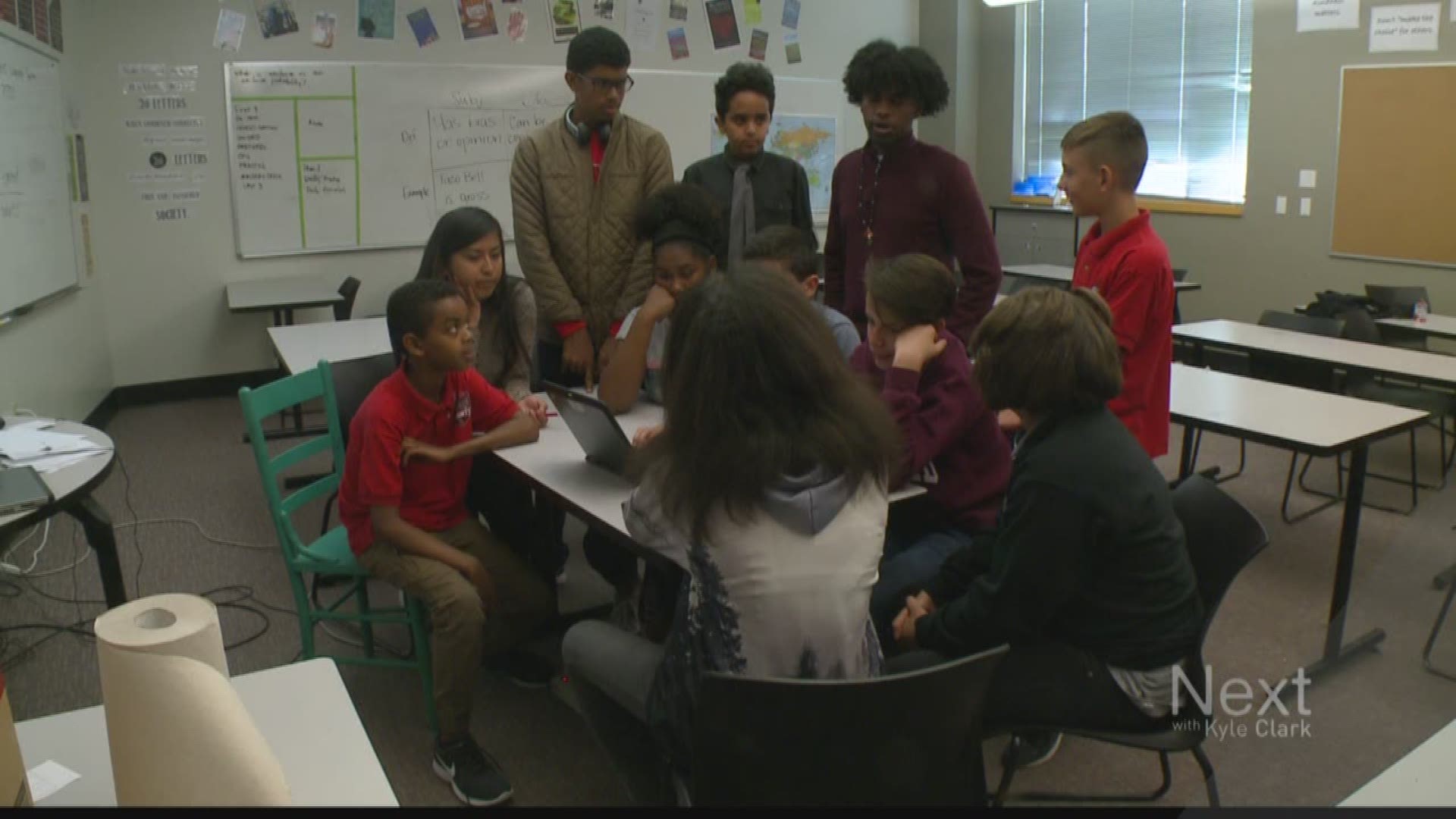 DENVER — It started as a school-wide writing assignment: research the namesake of your school and decide whether it is appropriate or not.

The school is DSST: Stapleton Middle School. The namesake is Benjamin Stapleton, a former mayor of Denver.

The assignment comes amid a debate about the Stapleton neighborhood of Denver and it’s name.

“We learned about all his background, ho he was as a person and a mayor,” said Brooklyn Luckett, a seventh grader.

When she discovered one part of the former mayor’s history, Luckett was stunned.

“I went to the therapist and I just sat in her office for a couple of hours,” she said. “And during that time I was just thinking about how all of that information was like rushed into me and I didn’t know how to react.”

History Colorado has shown 9NEWS a Ku Klux Klan roster from the 1920s. Newspapers around that time write about Stapleton promising to work with the klan.

“Now saying the name it just makes me think about what we learned about him and how it’s not really what I want to be known about my school,” Luckett said.

The persuasive writing assignment quickly turned into a mission for a group of sixth, seventh and eighth graders. Many of them are trying to get leaders to change the name of the charter school.

“I think it’s really great that so many people are able to come together and talk about this issue,” said Charles Bresler, a seventh grader who helped lead a presentation to school leaders.

Another 30 percent of students disagree with changing the name.

“We can live up to our name our school has a very good reputation around college acceptance and other things and we’ve created those accomplishments and we shouldn’t have to cover them up because of a name,” said Anya Schroder, an eighth grader who initially agreed with changing the name, then opposed it after doing more research.

“Giving students and staff a chance to redeem the name and make sure that people understand that stapleton is a name that can be honored…it’s honorable,” she said.

The middle schoolers have enlisted the help of high schoolers at nearby DSST: Stapleton High School. A group of those students had already been fighting the Stapleton name, trying to get the Stapleton neighborhood to change it as well.

“A lot of people really think that Denver doesn’t have a racist history…that’s more like in the south or other parts of the country, but if you really look at it, we’ve had a lot of issues. And this is an issue today,” said Ahmed Eltayeb, a tenth grader at the high school.

Changing the name of a charter school may be an easier endeavor than changing an entire neighborhood and the businesses using its name. Advocates have fought for years to get the developer behind the Stapleton neighborhood to reconsider using the former mayor’s name.

These students believe their efforts, if successful, could further propel that movement.

“If our school, which is the flagship school, were to change its name it would kind of be like an avalanche where a little tiny stone could cause multiple rocks to fall down,” Bresler said.

A spokesman for DSST leadership told 9NEWS that leaders were proud of the students for talking about the issue and will continue discussing the issue.

Editor’s note: An earlier version of this story indicated that DSST leadership wasn’t considering a name change. After publication of the story, a DSST spokesperson reached out to clarify that a name change may be considered, and that the school system is encouraging more dialogue with students on the issue.