21 years later, man finds painting he made as teenager at Goodwill

Jacob Hansen, in Denver, was at a local Goodwill when he spotted a painting he sold to a stranger when he was 14. He wants to sell it again, this time for charity. 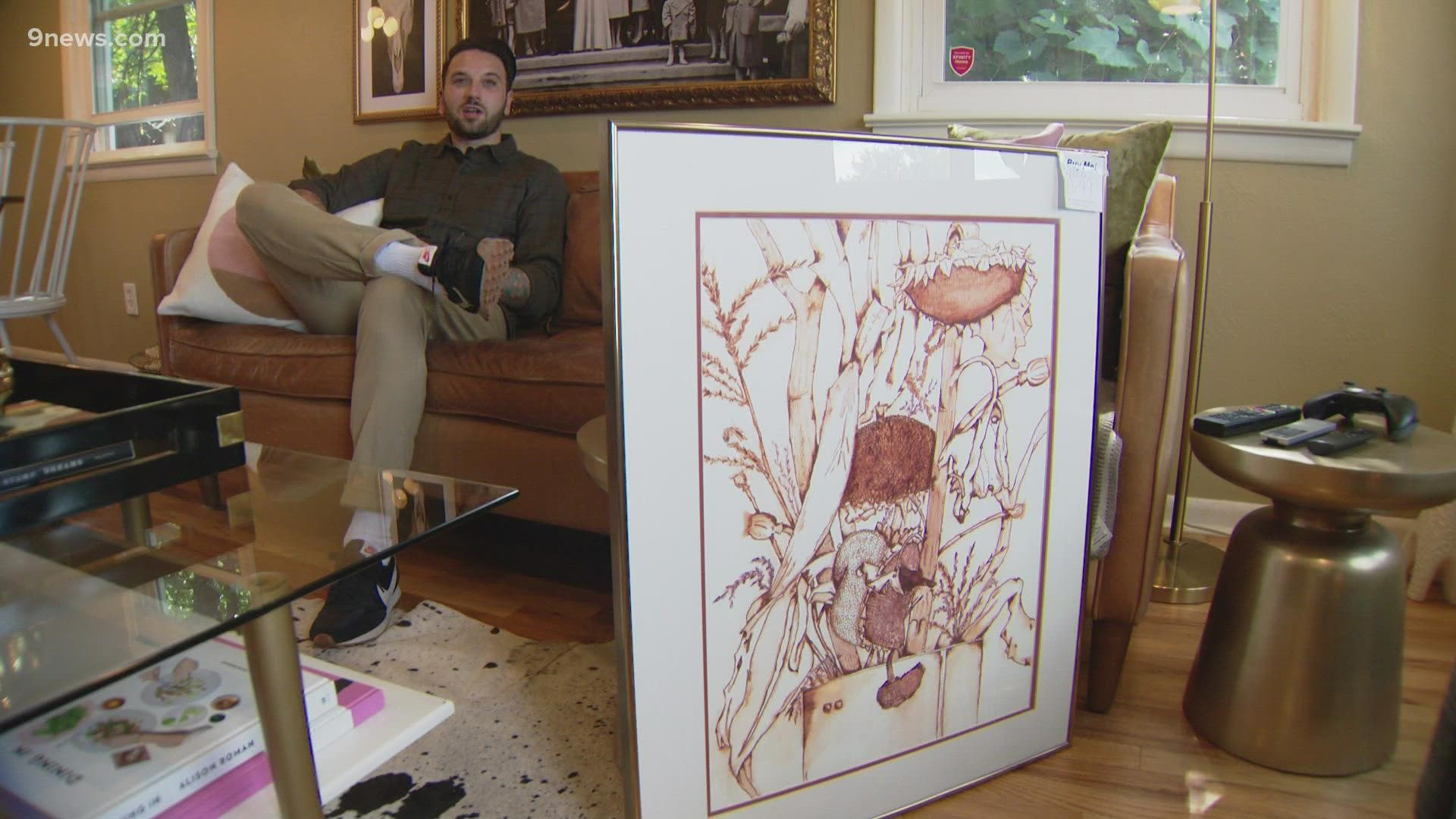 DENVER — When Jacob Hansen and his wife Quinn Kelsey went shopping at the Goodwill a few blocks from their house, they didn’t know what they would find. They went looking for a casserole dish for a meal train to support a friend battling breast cancer. The couple ended up finding the dish, as well as a painting Hansen drew 21 years ago for a high school art show.

“I look back at the backside of the store, and I see this painting and said to myself, ‘ah, that looks familiar … that looks a lot like the picture I did," he said.

Hansen is now an interior designer. He painted the piece when he was a 14-year-old freshman at Golden High School and sold the piece for around $150 after his art teacher entered it in a Jefferson County art show.

“I think it was the first piece of art I had in any show,” Hansen said. “It’s always been a fun memory to look back on something that I actually created and sold.”

Hansen said when he and his wife walked to the back of the store and he first recognized the painting, he was in such shock that he couldn’t believe it.

“As we got closer and closer, I saw the sunflowers and the tin and the light brown colors that I remembered,” Hansen said. “I saw my signature on the bottom and then it was like, 'wow, this is unbelievable.’ And I immediately FaceTimed my mom.”

Hansen said he saw his signature and started picking out characteristics in the art that he remembered.

“There’s a little purple flower in it that I remembered,” he said. “It was something that I added in later that the marker was more of a purple hue.”

“We could not believe it,” Kelsey said. “He goes, ‘remember that painting I told you about that I sold when I was a kid and my mom never forgave me? I think this is it.’”

Hansen said seeing his old painting again brought back memories of his past.

“The feeling that you found something that you haven’t seen in forever gives the sense of nostalgia, and I thought about my painting teacher, Mr. McGinnis, and Golden High School,” he said.

The couple bought the artwork from Goodwill for $20 and hope to sell it online with the proceeds going to breast cancer research, since that is what brought them to Goodwill in the first place.

“It’s a small thing that we can do to help out a big cause, so if we’re able to keep that feeling and that emotion going through others, then that’s amazing,” Hansen said.