Maurice Rose dropped out of East High School and grew up to become the most-decorated battle tank commander in U.S. military history. 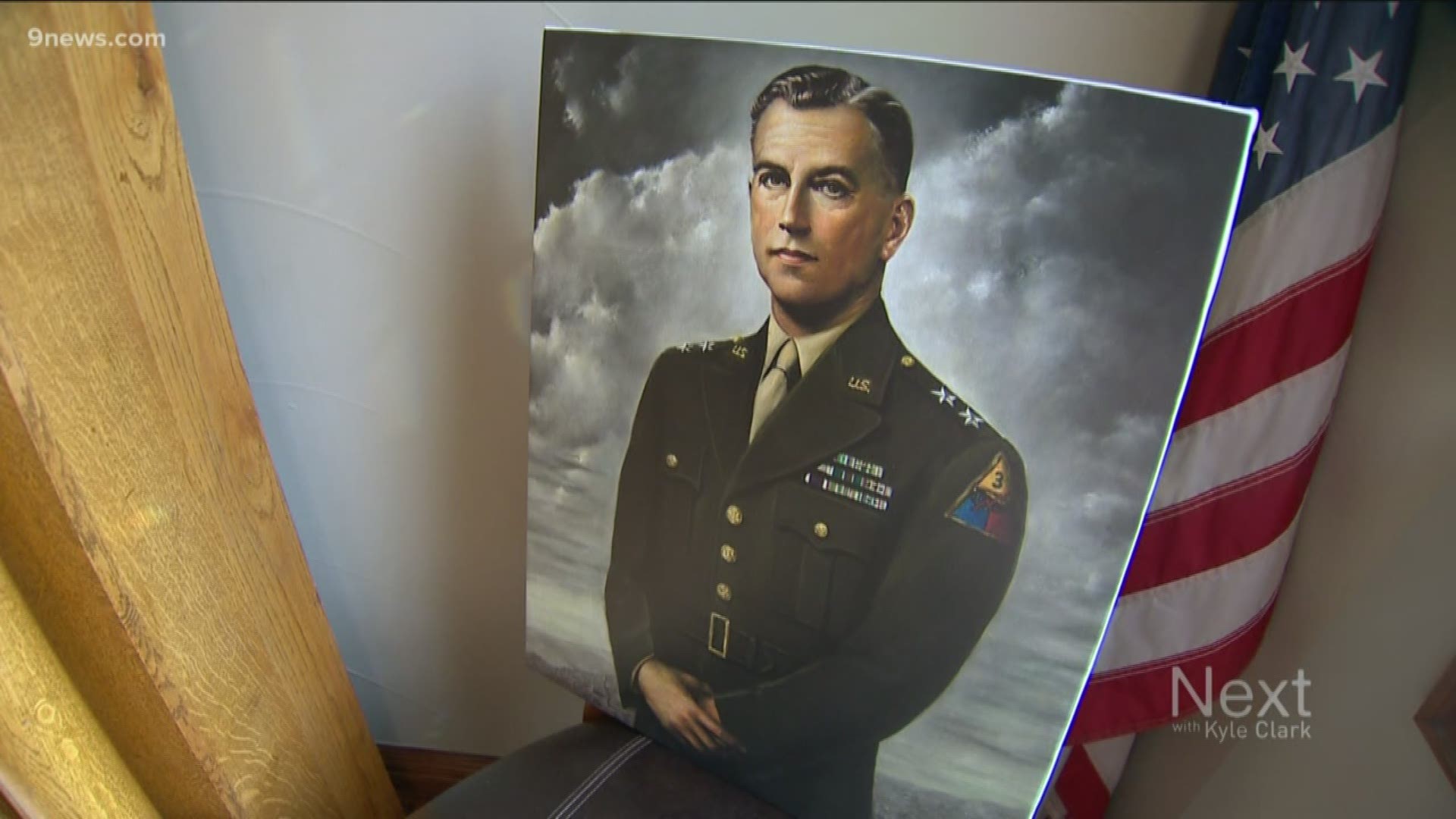 “You never know when to stop," Fogel said. "It goes on and on. The stories about him are incredible."

"The only Jewish general in the U.S. Army, and he’s the first to cross into Nazi Germany," Fogel said.

Fogel is the author of a new biography about Rose, "Major General Maurice Rose, The Most Decorated Battletank Commander in U.S. Military History."

Rose was killed on March 30, 1945, when German tanks cornered him and two aids near Paderborn, Germany.

“Most accounts say that Rose was reaching for his gun to disarm himself and it was dusk and he got shot 14 times," Fogel said.

A nation mourned, but over time, Rose's legacy was largely forgotten.

“Sometimes great people get lost in history and Rose was one of them," Fogel said.

In Denver, Rose's name has been hiding in plain sight since 1949.

On Thursday, the hospital celebrated its 70th anniversary and unveiled a restored portrait of Rose in the lobby.

“You don’t ever hear about Maurice Rose when he really is very well-thought-of within the Army community," Tobin said.

The hospital was built in large part thanks to donations from soldiers who served under Rose. General Dwight D. Eisenhower even came to Denver to lay the cornerstone.

"Rose was a war hero and this was a way for the community to honor him in 1949," Tobin said.

Fogel didn't become an expert on Maurice Rose until later in life, but the general intrigued him as a kid.

“Rose Hospital had Rose’s helmet with two bullets in it on display and the original portrait, so as a kid, I always wondered about him," Fogel said.

On Thursday, Fogel was expected to speak about Rose during the anniversary celebration at Rose Medical Center.

“It’s a great reminder of how important it is to honor our veterans," Fogel said. "That’s what I hope comes out of it.”