Reed Bmore made the wire art portrait to raise awareness around social justice. 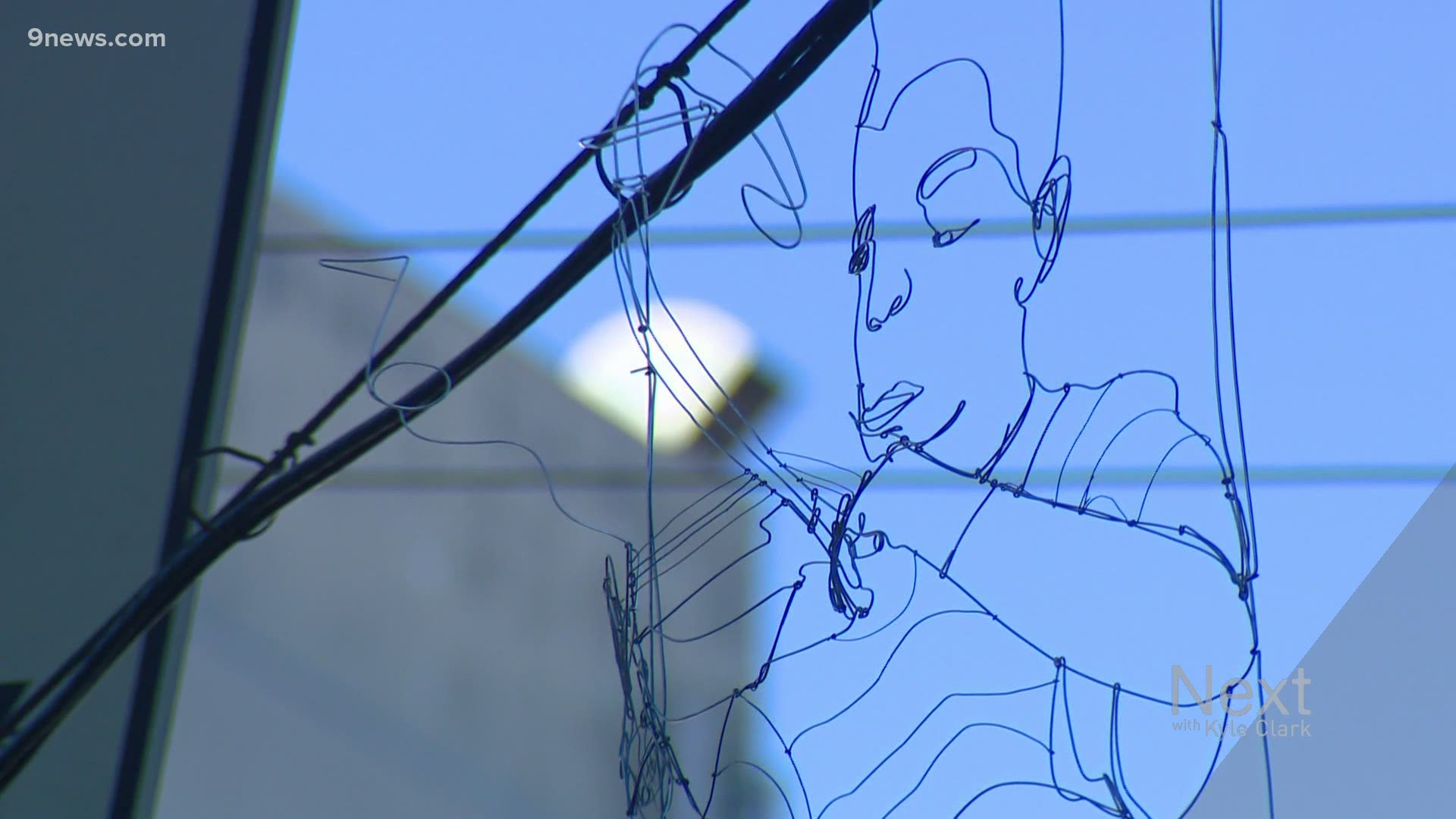 DENVER — Street art in Denver has been popular around the city, with murals and paintings being used as ways to call for social justice.

That includes a wire portrait of Elijah McClain, a 23-year-old violinist who died after an encounter with Aurora police officers on Aug. 24, 2019. The District Attorney said paramedics administered ketamine to McClain after a confrontation with Aurora Police Department (APD) officers who responded to a report of a "suspicious person."

The sculpture hangs down the street from the Colorado State Capitol at East 18th Avenue and Sherman Street. It was created by Baltimore artist Reed Bmore, who has been traveling across the country installing his artwork in various cities.

“This one just hit personally as well as it did with a lot of people,” said Bmore. “I’m just here as an artist trying to put up work, and along the way with those various pieces to just like sprinkle a little bit of context so people connect with it.”

Bmore and a friend have been camping around the country the past few weeks on their journey from Baltimore to California. They stopped in Denver for about three days last week. So far, they’ve put about 7,000 miles on his car and have been hanging his art along the way. He said the art installations are his way of raising awareness.

“It is our job (as artists) to make those connections with people and really bring the hard-hitting conflicts to the forefront so that people will talk about it,” Bmore said. “The politicized aspect of my artwork is community growth and what that has to do when there’s police violence in these neighborhoods.”

He said part of his decision to do wire art installations around the country was also a matter of convenience while picking up art supplies along the way. The production designer and self-proclaimed “pretendgineer” said he uses a hybrid art technique.

“Even though it’s a 3D implement, I use the same techniques as like blind contour drawing,” Bmore said. “I go to Home Depots and pick up a spool of wire and then I just have pliers in my hand, and I just kind of mold it into 3-dimensional, 2D wire drawings,”

Bmore wanted to make it his business to take his wire art and install it out on the street as a way of making a connection to the community.

“I’ve been traveling through the southern Rust Belt and making my way up to Santa Fe and just talking to people,” he said. “It’s very interesting to see the various degrees that people approach these community situations.”

He said he hopes his artwork will be part of a bigger conversation during a time when connecting with others can be a challenge due to the COVID-19 pandemic.

“Honestly, I get anxiety over high frequented places, so that’s the reason for the whole camping and car-camping situation,” he said. “You really have to put your best foot forward and see what the world wants from us and how we can move forward from all of this stuff.”

> More information about Bmore’s artwork can be found here.