The conservative website GatewayPundit.com shared screenshots of the information, which they say came from Ron Watkins, a well-known figure in QAnon. 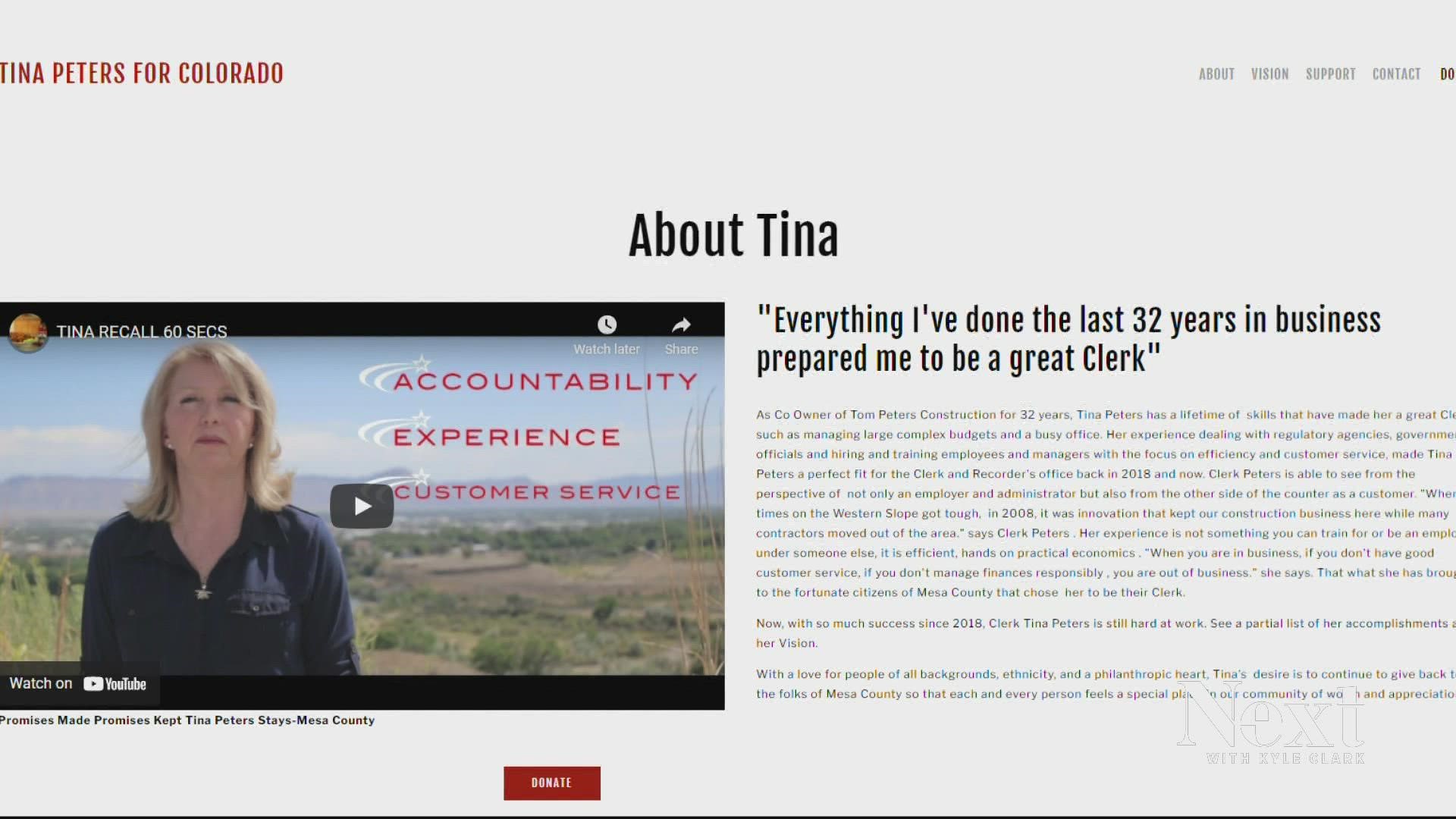 DENVER — Passwords linked to Mesa County’s voting system were somehow discovered and published online in what the Colorado Secretary of State’s (SOS) Office is calling a “serious breach” of security.

The conservative website GatewayPundit.com shared screenshots of the information, which they say came from Ron Watkins, a well-known figure in the QAnon movement. QAnon is a series of conspiracies that include allegations of widespread fraud in the 2020 election and stories of Democrats running a pedophilia ring and drinking the blood of children.

They also ordered Mesa County Clerk and Recorder Tina Peters (R) not to log in to, touch or otherwise access the equipment without written permission from the state, and she was urged not to destroy any materials related to the investigation.

Peters, who has supported election conspiracy theories in the past, told 9NEWS she would not comment on the investigation based on advice from the local district attorney. District Attorney Dan Rubinstein, however, said Tuesday he never advised Peters or anyone else in her office. His office is also conducting its own separate criminal investigation of the incident.

"They came and raided her office on the way here," Lindell yelled. "This is the hill to stand on!" Lindell accused Democratic Secretary of State of committing crimes in investigating Mesa County's voting systems breach.

They made a series of false and misleading claims, from the idea that Coloradans can print ballots at home, to saying a cyber attack from China added 25,000 votes in Colorado.

When she spoke about the passwords, Peters suggested the SOS' investigation of Mesa's equipment is nefarious.

"Just yesterday, I got an order from the Secretary of State that she was going to invade my elections department today, and guess what -- when I was on a plane to come see you kind folks and to talk to you out there, guess what they did. They provided a search warrant and raided my office. We don't know what they were doing in there."

Today, legal representatives for @DominionVoting Systems filed defamation complaints against Newsmax Media in the Superior Court of Delaware and Herring Networks Inc. — owner of One America News Network — and Patrick Byrne in the US District Court for the District of Columbia.1/2

Many of the conspiracy theories shared Tuesday centered around Denver-based Dominion Voting Systems, which has filed a series of lawsuits in response. The most recent was filed Tuesday morning against media outlets Newsmax and One America News Network for promoting false election-rigging claims.

An attempt to recall Peters recently failed without enough voter signatures to support the effort. Organizers cited a misstep in the 2019 election, when Peters' office left 500 ballots in a dropbox for months, as one of the reasons for a recall.

Because this breach happened so recently, Griswold said there was no risk to any state election, but the Mesa County voting machines could be decertified and would need to be recertified prior to the next election.

RELATED: No, there is no evidence bamboo fibers were in Arizona 2020 presidential election ballots

RELATED: Colorado voting laws are not just like Georgia's