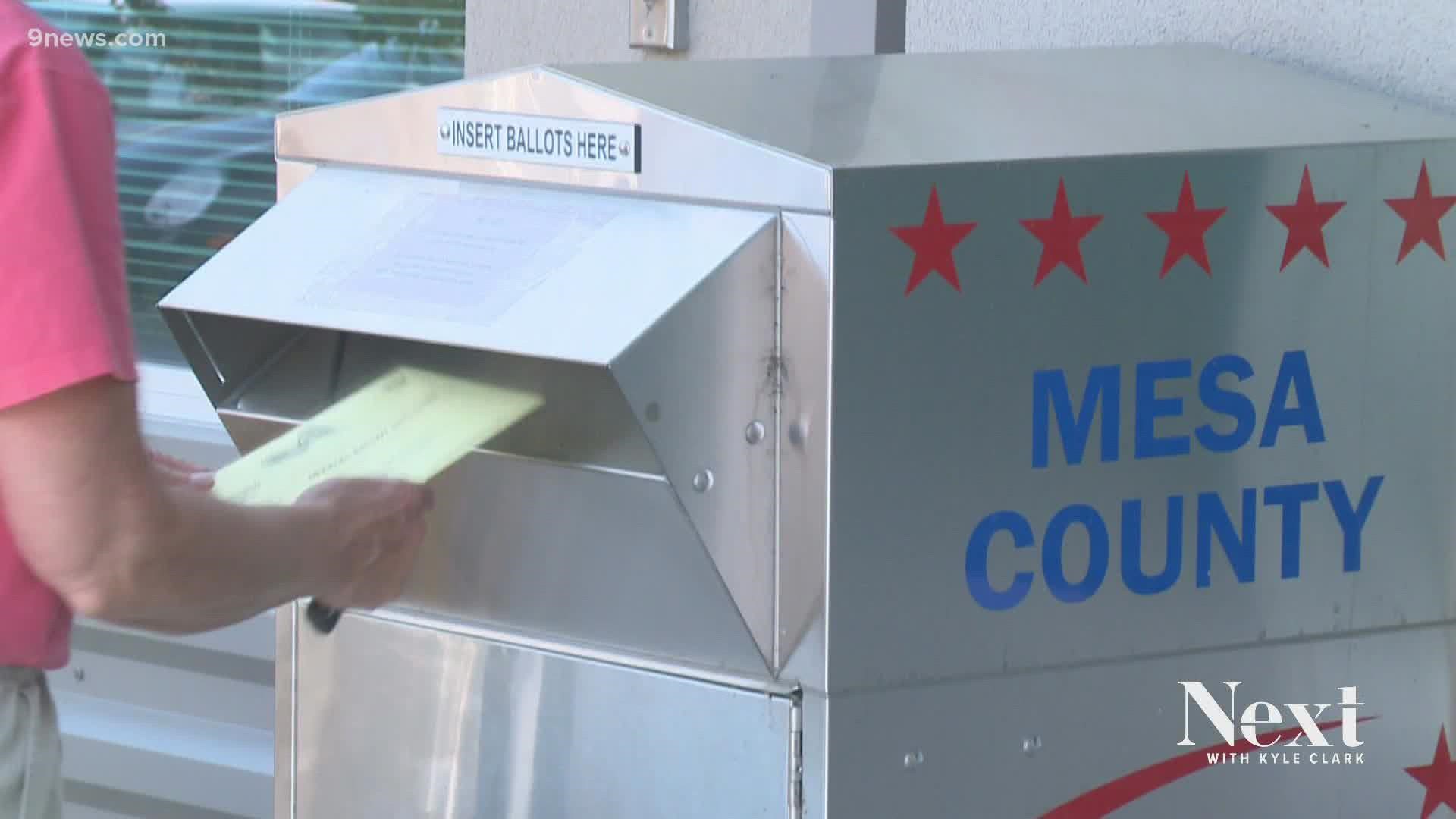 Former Colorado Secretary of State Wayne Williams (R), a Colorado Springs City Councilman, might be taking over election duties for Mesa County Clerk Tina Peters. A role, Next with Kyle Clark asked him if she should resign from.

"Yes. Unless everything I've read is wrong, but if you violate the public trust and you impact the integrity of the elections systems, then that is a situation that makes it so that you cannot effectively perform that job," said Williams.

Peters is under investigation for the breach of security in her voting systems.

The Mesa County Commissioners did not like that decision.

"There is an immediate need. An immediate need to counter what the Secretary of State is doing. Our position is she is out of her lane," said Republican Mesa County Commissioner Scott McInnis on Tuesday night.

The commissioners believe they have the power to appoint a new elections director, and picked Williams.

"I want to ensure that the people of Mesa County have an election that functions well and that they can have confidence in," said Williams.

"I feel like the Mesa County voters can feel confident that they're going to get a resolution to this problem," said Reiner.

Both Reiner and Williams are friendly to each other. And until this gets resolved by the Secretary of State and the county commission, they are working together.

"We've sent correspondence out to staff. We've let them know that with major decisions we're going to be conferring because the critical thing is until that gets resolved, we want to make sure that we're in sync on the major decisions that need to be made," said Williams.

"We'll both be involved," said Reiner. "Who is going to be the lead on it is yet to be decided."

Former CO SoS Wayne Williams (R) says Mesa County Clerk Tina Peters (R) should resign. "Yes...If you violate the public trust & you impact the integrity of the elections systems, then that is a situation that makes it so that you cannot effectively perform that job." #copolitics pic.twitter.com/FrjXOW3her

The announcement of Reiner as elections director was made on Tuesday evening, in a 5:40 p.m. news release from the Secretary of State's Office. Williams was picked during a Tuesday evening special commissioners meeting, but he apparently knew the night before.

"I was involved with various calls throughout last week, with the Commissioners, with their attorney, with the Secretary's Office," said Williams. "I did not know I would, actually, be running the election until some final decisions were made on Monday."

In the news release from Griswold's office, the appointment of Reiner was applauded by the Colorado County Clerk's Association (CCCA).

"When the Secretary had the plan that she had, we weren't aware of Mesa County moving forward with anything," said CCCA Executive Director Matt Crane. "The most important thing for the citizens of Mesa (County), is that whatever the outcome of the litigation is, they are two great people that will be involved."

Crane still would not say if he believed Peters should resign.

"I think it's still too early. We have to let this play out," said Crane. "What I think doesn't really matter. I think it's a local issue, the citizens of Mesa County ultimately can decide if they want to ask for her to resign or take other steps to do that."

Reiner was supportive of a failed recall effort of Peters.

As to the investigation into Peters and her office, Next with Kyle Clark obtained search warrants showing what investigators are seeking.

They also want her two cell phones to search everything from audio and video files, notes, reminders, documents and calendars to internet activity, IP addresses and search terms, as well as GPS and geolocation data.