"It's not really a sad funeral to me. You know, it's a celebration, it's a tribute - that they found him."

KUSA – Years ago, before she passed away, Ted Hummell’s mother Jeanne cut a lock of braided hair and tucked it inside her bible.

It was the bible Hummell remembers from his childhood – the one with the foldout family tree. Jeanne Hummel placed the lock of hair next to the names of her siblings, including the brother she lost on December 7, 1941 -- the uncle Hummell never met.

The 20-year-old from Peoria, Illinois was one of 429 crewmen killed on the battleship when Japanese aircraft attacked. The USS Oklahoma was hit by multiple torpedoes, which caused it to quickly capsize.

“The Navy Department deeply regrets to inform you that your son, William Francis Hellstern, Gunner’s Mate Second Class, U.S. Navy is missing following action in the performance of his duty and in the service of his country,” the letter read.

Another from Feb. 1942 began, “After exhaustive search it has been found impossible to locate your son.”

Hellstern was missing, but not alone. The Defense POW/MIA Accounting Agency said Navy personnel spent more than two years recovering remains of those lost on the USS Oklahoma. They were interred in the Halawa and Nu’uanu cemeteries.

Those remains were later transferred and buried in 46 plots at the National Memorial Cemetery of the Pacific, known as the Punchbowl in Honolulu. In 2015, DPAA personnel started exhuming remains for analysis. Seventy-six years after a young gunner’s mate was left behind, the Navy called the nephew.

Hummell said his first contact with a Navy genealogist happened about 5.5 years ago. She’d tracked down Hummell and wanted to know if he could provide a DNA sample in hopes of identifying William Francis Hellstern’s remains. Hummell provided his own DNA, along with the lock of his mother’s hair she’d kept tucked away in her bible.

“They weren’t sure if that was going to work at first, but it did,” Hummell said.

The samples Hummell provided confirmed a match and set in motion plans for a burial with full military honors.

“It’ll be the closure of my lifetime,” Hummell said.

“It’s not really a sad funeral to me,” Hummell said. “You know, it’s a celebration, it’s a tribute -- that they found him.”

Hummel said it's tough to put it into words.

Hellstern also has a headstone in Illinois, where he is from, but the family decided to bury him next to his sister at Mt. Olivet Cemetery. 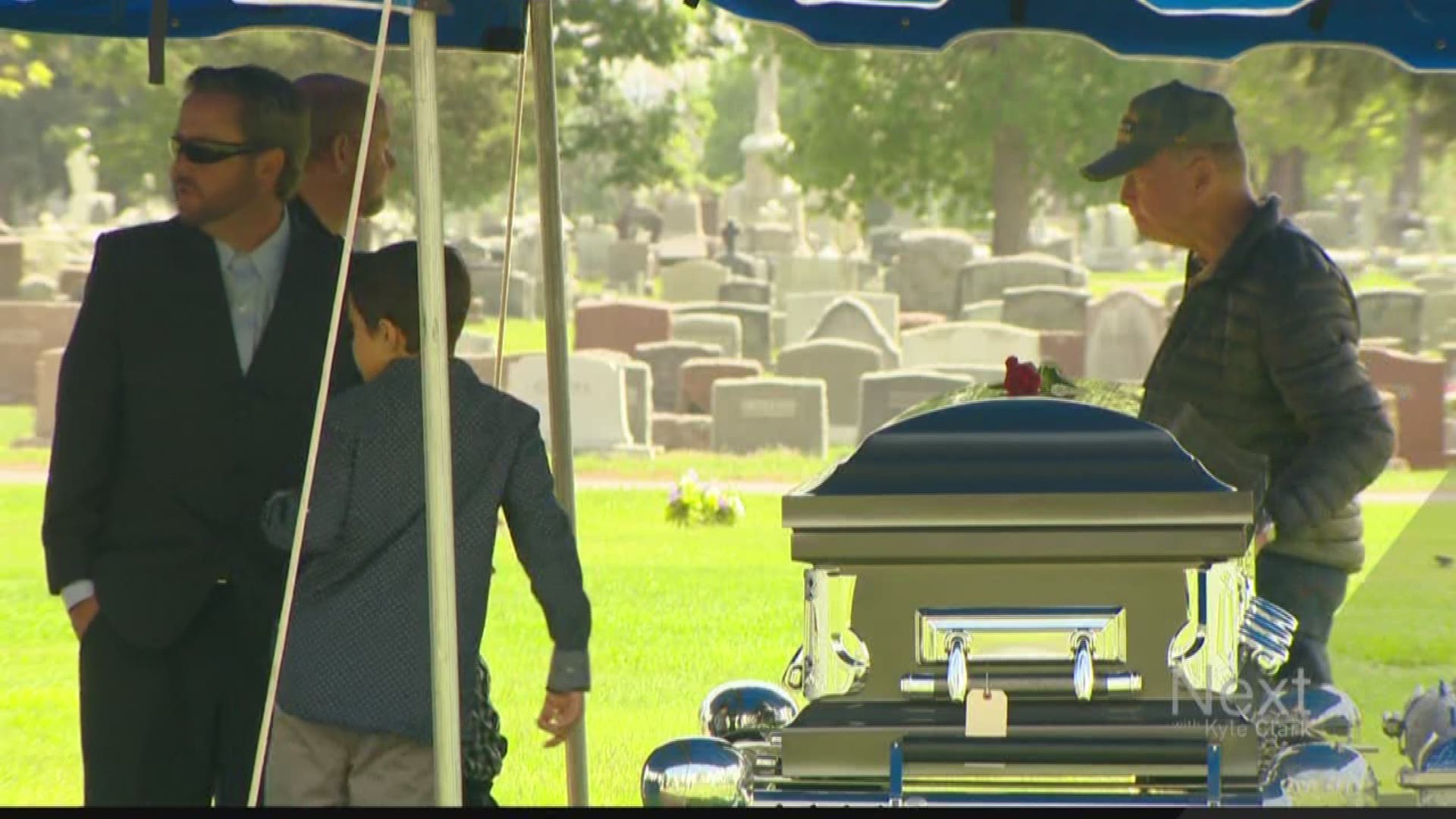 “My mom is with him now,” Hummel said. “My 37-year-old son, I’m talking to last night that was real close to grandma, he said, ‘Dad, Grandma’s going to be in heaven and she’s going to wet her pants.”