The people who run two park systems told us the economic collapse took away the funds they need to fix worn-down parks. 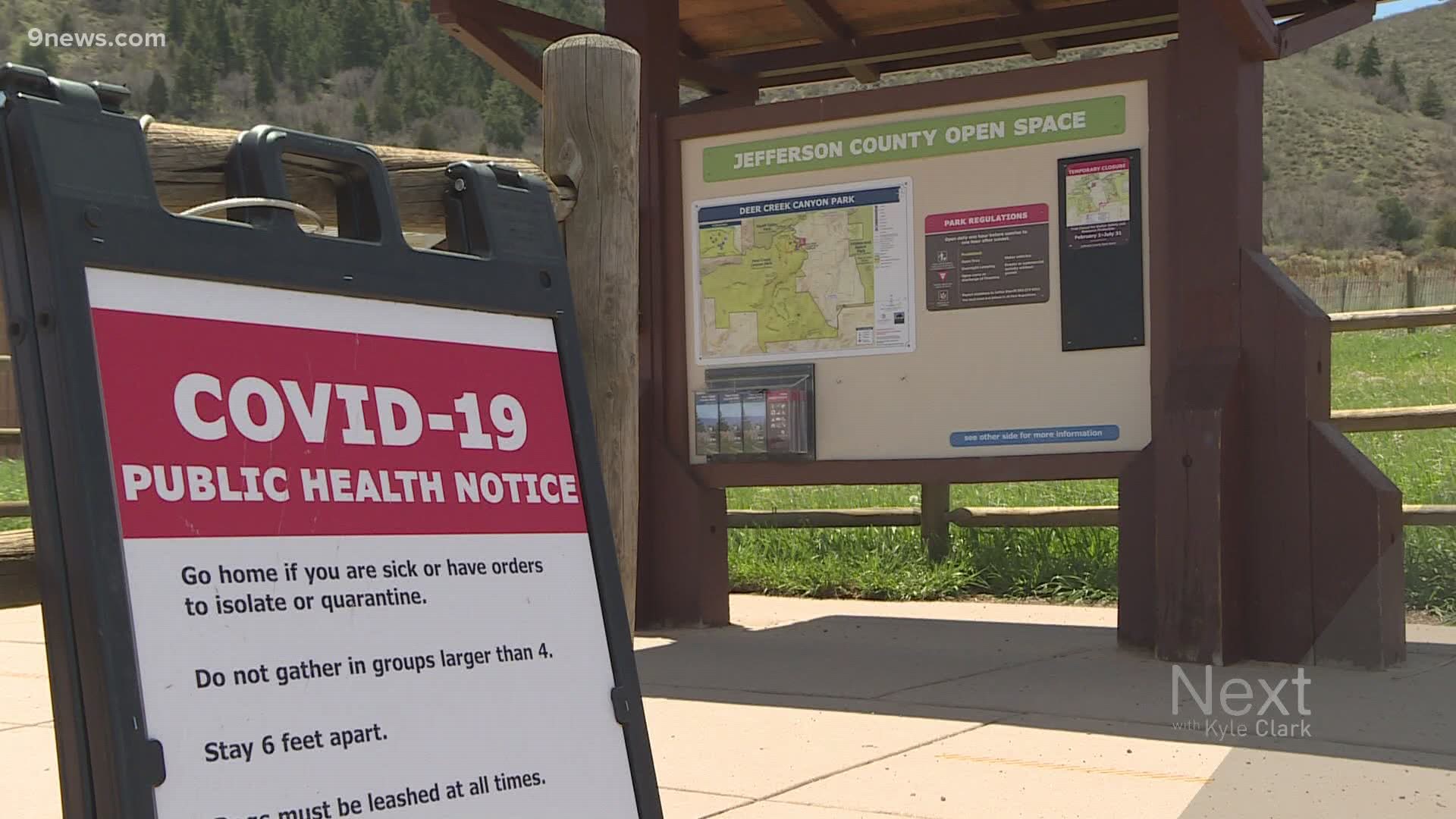 JEFFERSON COUNTY, Colorado — At 1 p.m. Monday, the large parking lot at Deer Creek Canyon Park was about half full, a large crowd for a workday.

The day before, on Sunday, park rangers had to temporarily close the lot and turn people away after it filled up, and people began to park on the road leading into the park.

Robbins said the agency doesn’t have a precise count of how many people visit parks, but rangers have noticed a huge uptick during the COVID-19 pandemic, which has led to stay at home orders since late March. Jefferson County remains under an order until Friday.

“It’s causing extra strain on the resources,” Robbins said, referring to the trails throughout JeffCo Open Space’s park system. Robbins said wet spring weather coupled with traffic on the trails has led to rutting, deteriorating trails in some places.

“Particularly the subtlety of social distancing,” Robins said. “When you encounter someone on the trail… you want to step aside or step out of their way or try not to be within feet of them…you’re actually taking a trail that is four feet wide and making it six to eight feet wide.”

RELATED: More people are on Colorado’s trails during the COVID-19 pandemic. Here’s what they shouldn’t do.

Robbins said his team does encourage people to keep their distance, as health experts have suggested. But when they veer off of trails, the damage can be long-lasting.

“It’s not allowing that grass and those shrubs to grow which ultimately will help stabilize that trail,” he said.

The pandemic will also likely deteriorate finances for park systems. JeffCo gets the majority of its funding from a local half of a 1% sales tax approved by voters in the 1970s.

“With so many businesses closed, we know the sales revenue is down and so, in turn, is the sales tax,” Robbins said.

It’s unclear what the impact on JeffCo may be. Robbins said sales tax collections for April won’t be disbursed until the end of the summer.

In nearby Boulder, the city parks department, which manages similar mountain parks like the popular Chautauqua Park near the Flatirons, is prepared to cut anywhere from $4.2 million to $5.9 million from its next budget.

The department is already undergoing a hiring freeze and furloughs for current employees, according to spokesman Phillip Yates.

“We have been building conservative budgets and building up contingency reserves, but it’s important to remember right now that our dedicated open spaces tax revenues are declining,” Yates said.

Boulder, like JeffCo, relies heavily on revenue from a sales tax.

Much of maintenance budgets for both park systems could be in jeopardy with the shortfalls, which makes the current trail damage more concerning.

Yates said Boulder could ask trail users to make a donation to help with maintenance costs, but said it was still too early to consider that.

“That’s certainly an option but what we see right now is prioritizing prevention.”

A crowdfunding source for JeffCo appears to be out of the picture.

“We’ve already asked those folks, and they voted for us, and they said that they dedicated that tax. And at this point, we're going to have to live within our means,” Robbins said.

RELATED: Rattlesnake season is here in Colorado; what you need to know