Tens of thousands of doses available at the mass vaccination sites around the state went unclaimed as Colorado works to persuade people to get vaccinated. 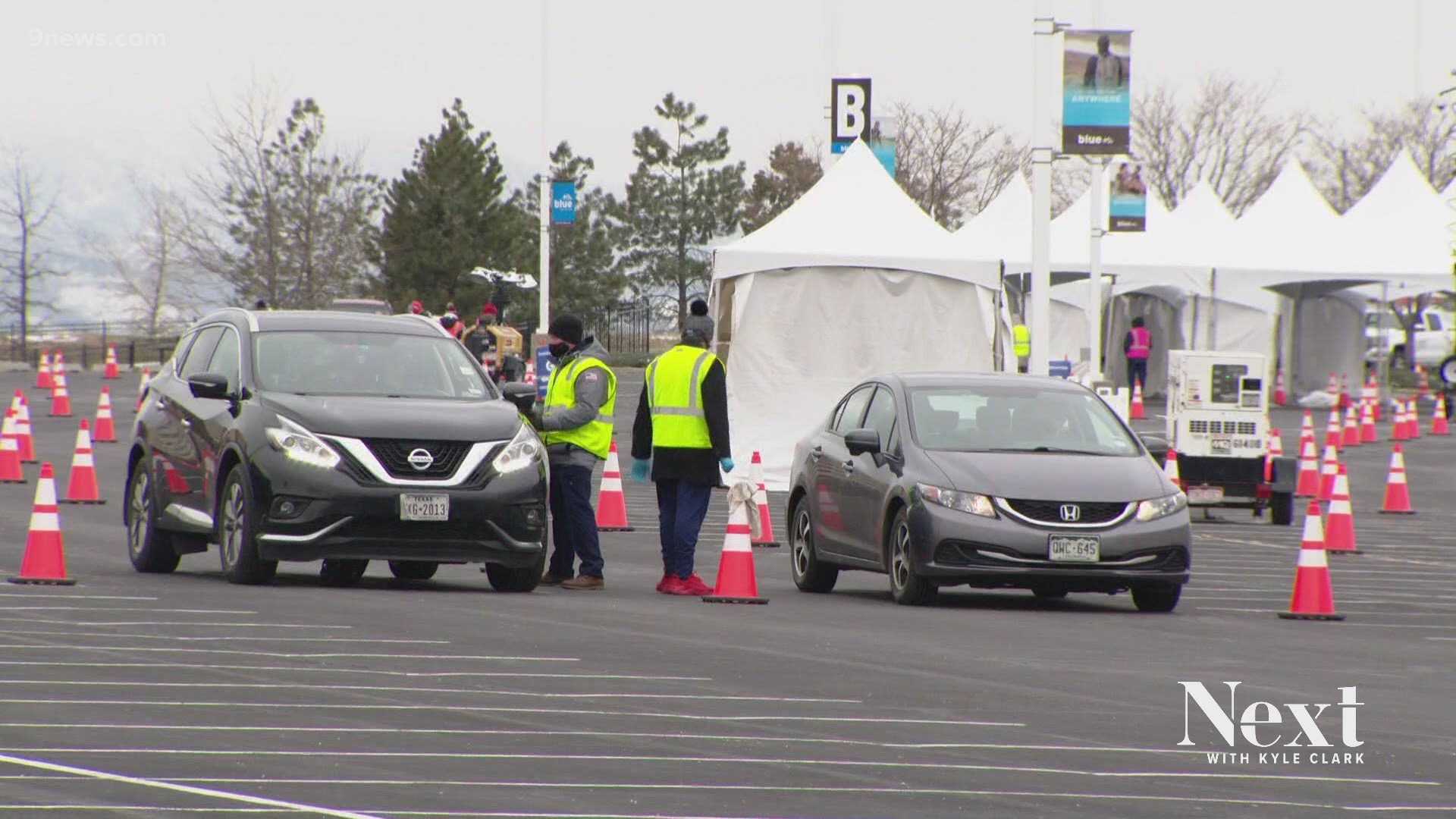 COLORADO, USA — More than half of all appointments at Colorado's six mass vaccination sites around the state went unfilled in the last week.

Of the 88,397 appointments available at these sites in the past week, more than 48,000 went unfilled – that's 55% of all doses allocated to mass vaccination sites going unused at these locations, according to a data analysis by 9Wants to Know.

"Our data and research shows that the vast majority of Coloradoans, upwards of 80%, are willing to get the vaccine," said Gov. Jared Polis (D-Colorado) at a Tuesday briefing. "It’s only a small percent that’s actually resistant to it. For many of them, it is a matter of hesitancy or laziness to get it."

The majority of unfilled appointments were in Southern Colorado. At the Colorado State Fairgrounds mass vaccination site in Pueblo, the state said only 20% of the 21,000 doses allocated to the site last week were administered there.

The Federal Emergency Management Agency (FEMA) said there was one day when less than 200 people showed up for 3,000 available doses.

At the Broadmoor World Arena in Colorado Springs, just over 20% of available appointments last week were filled – that’s more than 10,000 appointments left open.

In other parts of the state, the appointments remain nearly filled.

Around 90% of the 15,000 appointments at Dick's Sporting Goods Park last week were filled. Ball Arena in Denver and The Ranch in Loveland also saw more than half of their appointments filled.

Doses allocated to mass vaccination sites that go unused can be redistributed to community vaccination clinics around the state.

Just over half of all eligible people in Colorado have now been vaccinated with at least one dose.

"The people who really wanted it have gotten it," said Polis. "Now it’s making sure that the people who in some abstract way think they’ll someday get it, instead of concretely making a plan this week or next."

Jake Williams is the executive director of Healthier Colorado. The organization started a campaign to convince people who may be on the fence about getting vaccinated, working with CDPHE and the governor's office. They’ve called hundreds of thousands of phones and set up more than 2,000 appointments.

"We’ve reached a point where supply really isn’t much of an issue. It’s more about persuasion and logistics," said Williams. "We can target our outreach to reach those groups that we believe are going to be most challenging. We show up with messages that we know will especially resonate with those groups."

The outreach is targeted by demographics and where people live, much like political campaigns do. The goal is to get those empty appointments filled up again.

Healthier Colorado plans to start canvassing areas to try and persuade people to get the vaccine. They’re planning to door-knock and set up outside grocery stores to help get people vaccinated.

"There’s an important line between persuasion and arm wrestling. We don’t arm wrestle," said Williams. "If people don’t want to get vaccinated, that’s up to them."

Below is a list of how many doses were administered compared to how many appointments were available last week at the six mass vaccination sites, according to numbers released by CDPHE Tuesday through a request made by 9NEWS.

RELATED: Majority of Coloradans hospitalized for COVID-19 right now are younger than 60