Most Colorado Thing: A hawk has moved into a Thornton Costco

The Most Colorado Thing We Saw Today is the hawk that has taken up residence in the Thornton Costco. 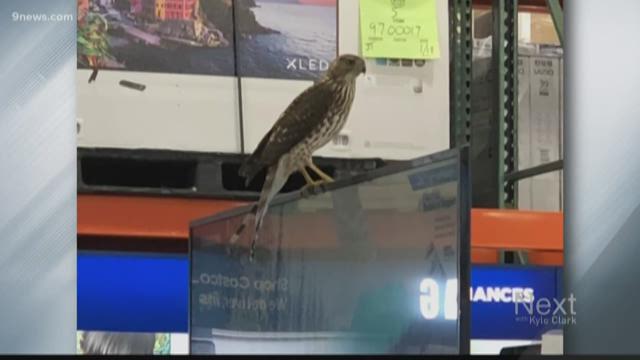 The Most Colorado Thing We Saw Today is the hawk that has taken up residence in the Thornton Costco.

People are used to birds getting stuck inside the airport, and our big box stores.

But the Costco Hawk is a particularly clever creature.

It's helping customers select the highest quality big screen TVs by dive-bombing the ones that are so crystal clear, they appear to show real live prey.

Customers tell 9NEWS when the store opened the doors at night to let the hawk leave, it stayed. Instead, a pigeon flew in, and the hawk ate it.

The hawk has discovered that if you circle inside a Costco long enough, the free samples are basically a meal. You can almost picture the poor lady putting out those tiny cocktail weenie samples, fearing an attack from the rafters.

But we salute you, Thornton Costco hawk - the most Colorado thing Next saw today.

The Costco in Thornton said they couldn't talk to us about it. They referred us to a bird rescue group, which also wasn't ready to talk.

And meanwhile, the Costco hawk is waiting, and watching... like a hawk. 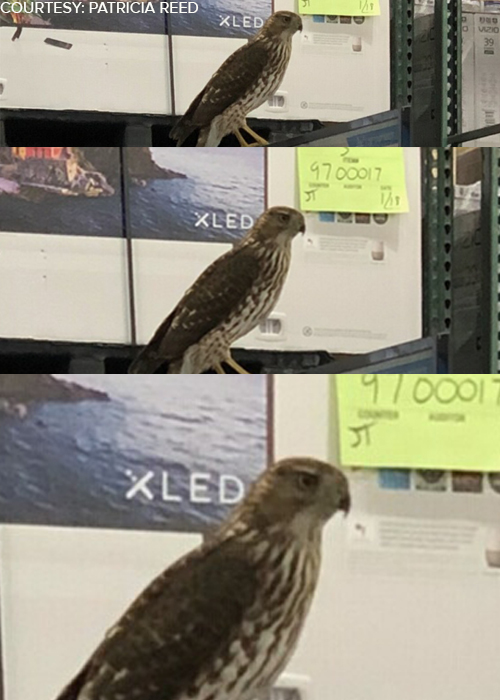 What's The Most Colorado Thing You Saw Today? Share it with us with #HeyNext or at next@9news.com.