A history professor from MSU Denver did his own research to find out who she was. 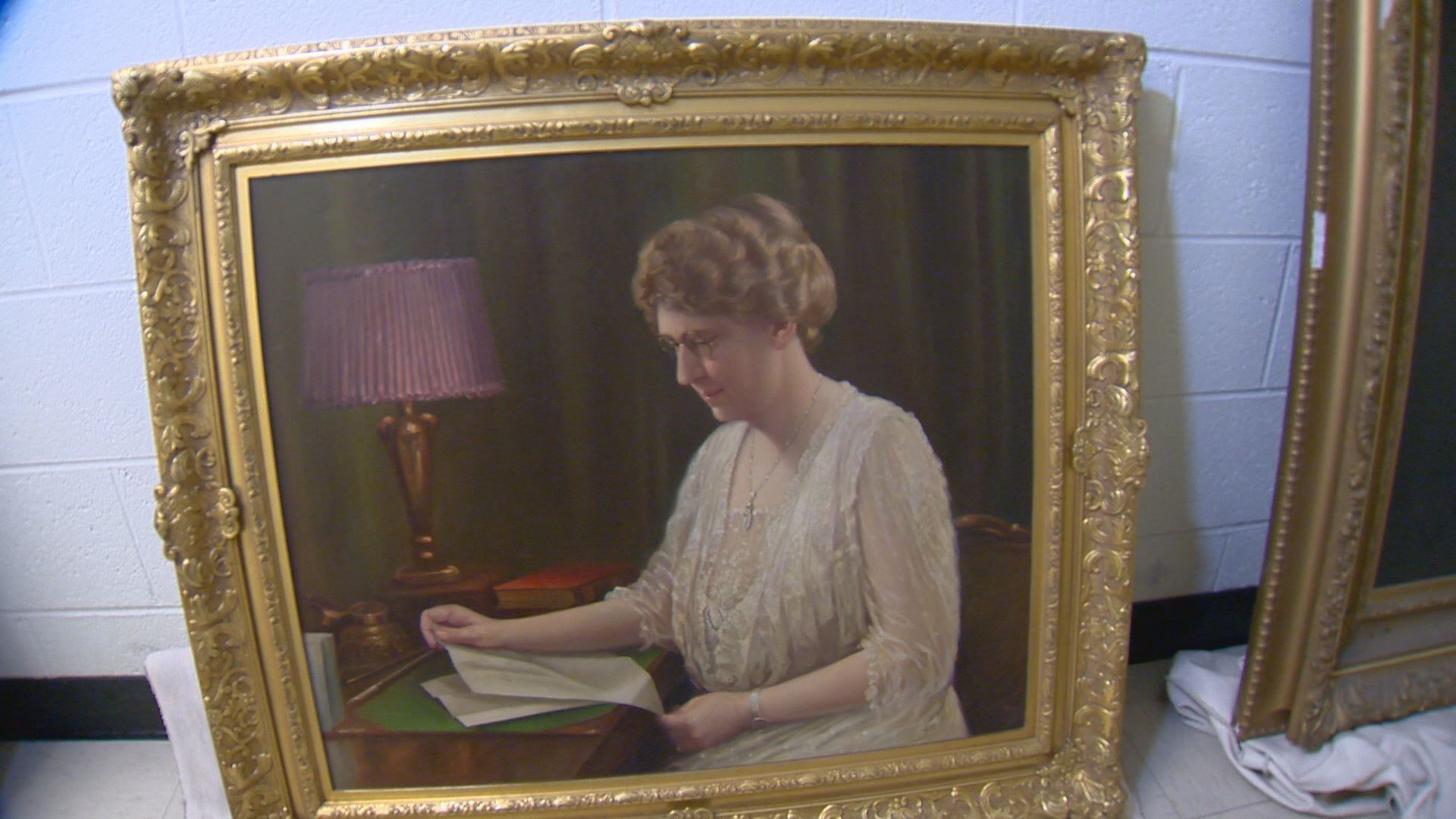 DENVER — Five years ago at the Colorado State Archives, an employee found a portrait inside the sub-basement of the Centennial building in downtown Denver.  The painting was of a woman, whose portrait was among 22 others that mostly depicted state governors.

The woman is wearing a pendant and glasses, and she's seated at a desk with a book. The date “5-13-33” was on the back of the portrait, but archivists could not find any other clues as to who she was.

“I thought, ‘how crazy is that?’” said Colorado author and historian Gail Beaton.  “That a woman would be hidden away rather apropos that often time we do find women’s history kind of hidden.”

Historians who saw the piece thought she may have been a first lady of Colorado, or part of a gubernatorial cabinet -- that is until history professor Dr. Derek Everett, from Metropolitan State University of Denver and Colorado State University, starting doing his own research.

“It was a fascinating mystery trying to determine who this individual might have been and why she had been honored with a portrait that ended up in a collection of former governors,” Everett said. “Why her portrait had been painted and how it ended up with such esteemed colleagues… it was an incredible mystery.”

Everett worked at the capitol giving tours and conducting research since 1997 and said anything to do with the capitol or things that have been in it has always been fascinating to him.  According to Everett, he went through old photographs and newspaper articles from the 1930s until he found what looked like a match.

“Having looked at all the possible suspects who might have had a portrait painted of them that went on display at the capitol among the governors' portraits about 100 years ago, Katherine Craig is by far way at the top of the list, so I’m as certain as I could possibly be that it is her,” he said.

His discovery was first reported by 5280 Magazine.

Katherine Craig was the first woman to hold state office as the Superintendent of Public Instruction.  She had been elected five times to the position by voters across the state from 1907 to the early 1930s.

“It means she was the head of what we would now call the Department of Education for the state of Colorado,” Beaton said. “She was very significant along with several other women -- women basically dominated the Superintendent of Public Instruction office for almost 50 years.”

According to Everett, she was also an advocate of women’s rights, not only at the state level, but at the national level, as well.

“Katherine Craig is a good reminder of the role that Colorado has played in promoting women in positions of influence since the late 19th century. We were the second state to grant women’s suffrage. Women have served in Colorado’s legislature longer than any other state and Craig was one of several women in that group of Superintendent of Public Instruction.”

Everett said he’s almost positive that his discovery is a match to a part of Colorado history that was almost forgotten.

“I can’t honestly say that I’m 100 percent certain. I would say I’m 98.5,” he said.  “There was a special fuel in my to try to answer this question that nobody could really seem to figure out and I'm delighted to be able to play a part of it.”