Schumé Navarro has 'substantially undermined' her own arguments, CCSD says in response to the lawsuit

The district filed its response on Monday, following Navarro's lawsuit alleging the district violated the ADA by not allowing her into the forums without a mask. 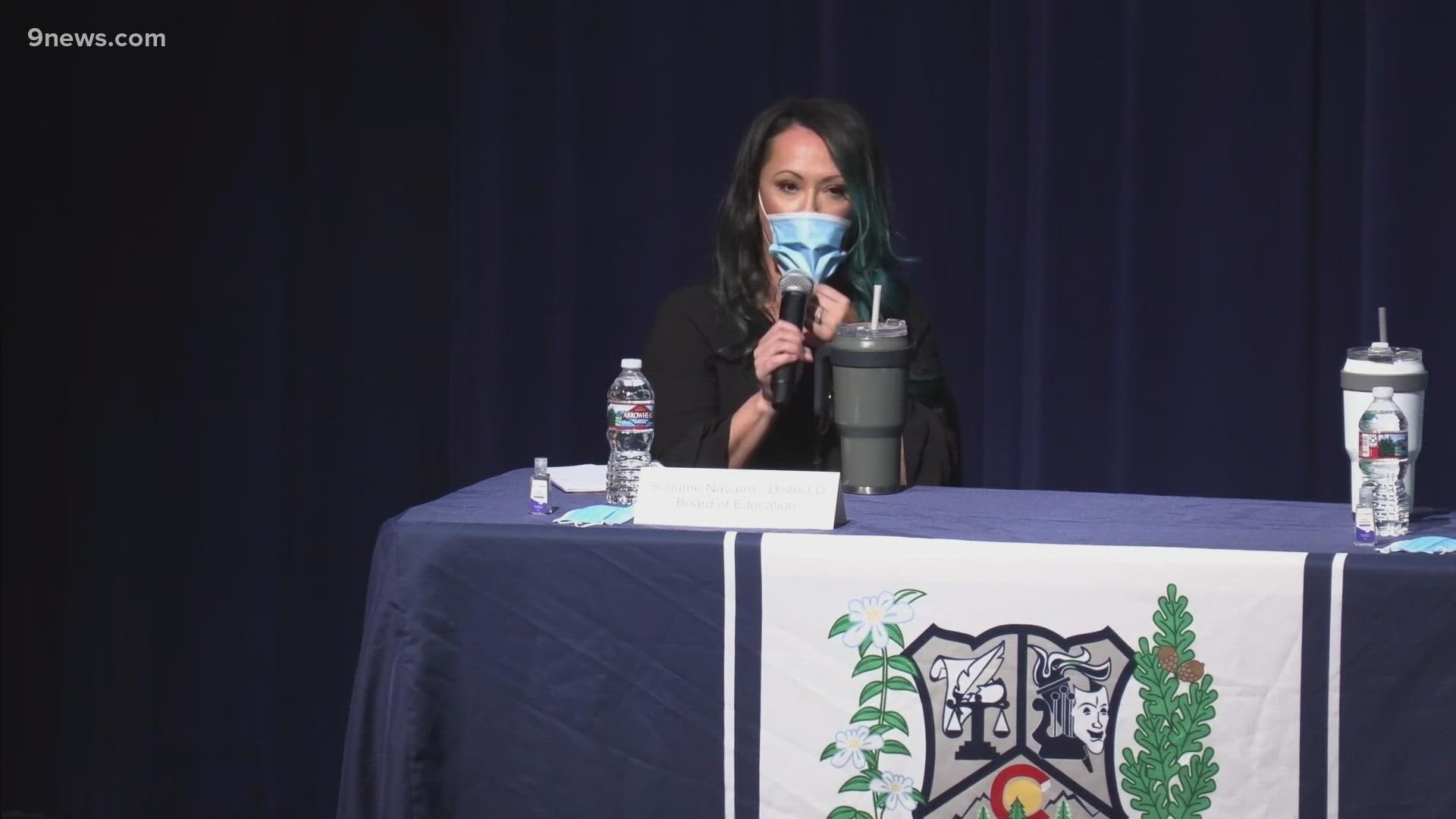 DENVER — In its response to a lawsuit from school board candidate Schumé Navarro, Cherry Creek School District (CCSD) said she has “substantially undermined” her own arguments against wearing a mask at candidate forums.

The district filed its response on Monday, nearly a week after Navarro's lawsuit alleged the district violated the Americans with Disabilities Act (ADA) when it would not allow her into the forums without a mask.

CCSD points to Navarro's own social media posts as part of the reason to deny her injunction:

Navarro had provided the district with a note from her counselor saying she "cannot medically tolerate" a face mask because of trauma she experienced in the past. In her original complaint, Navarro said she panics when her mouth and nose are covered, and she has a nasal deformity, as well.

But according to a different social media post cited by the district, Navarro said “my doctors at UCHealth will not give an exemption.”

In its filing, CCSD wrote it could not accept the counselor's letter because that person is not a Colorado licensed medical provider as required by a public health order from the Tri-County Health Department. The letter also failed to name a specific medical condition preventing Navarro from wearing a mask and did not list suggestions for recommended alternatives, the district said.

CCSD also wrote that it offered Navarro the opportunity to participate in school board candidate forums remotely, with the district providing technical support. Navarro did use this option for one meeting on Sept. 30, CCSD said. The district also said this meets the need for a reasonable accommodation as required by the ADA.

Navarro's attorney previously told 9NEWS that her lawsuit is seeking a personal mask exemption for medical reasons, and it is separate from Navarro's prominent political advocacy against mask mandates in Colorado's schools.

Navarro has gained a following in conservative circles because of that opposition to masks and for promoting QAnon conspiracy theories, saying that President Joe Biden was fraudulently elected in a "coup" by China linked to the COVID-19 pandemic. After being in Washington, D.C. during the Jan. 6 attack on the U.S. Capitol, she also described "all-out war" with satanic communism.