Colorado passed a new law that went into effect over the summer that makes it illegal for minors younger than 16 to get married. 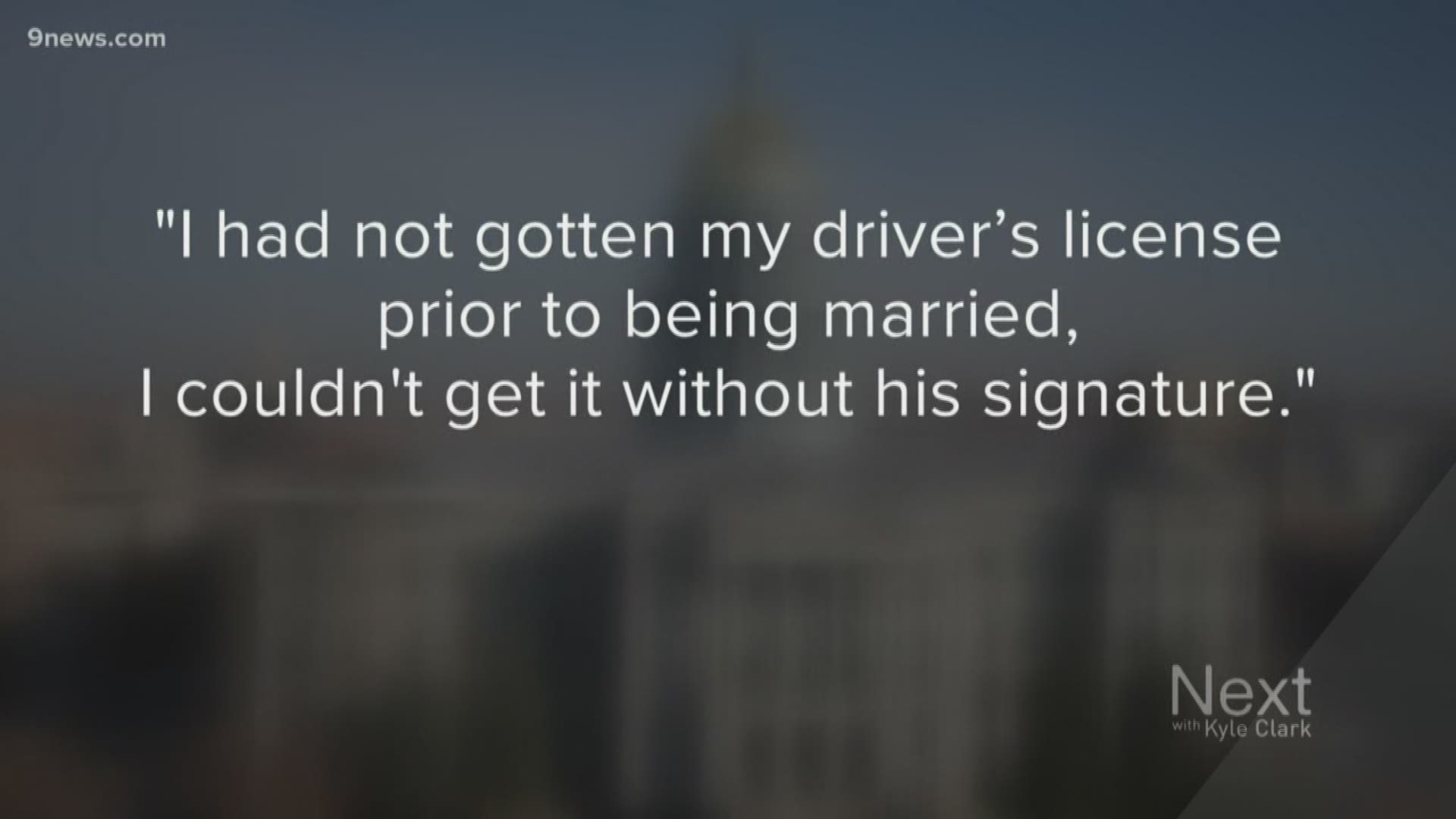 DENVER — A new law that went into effect over the summer makes it illegal for minors younger than 16 to get married in Colorado.

State Senator Faith Winter (D-Westminster) said more children get married in Colorado than some might expect and during the last legislative session, Winter said enough people brought it up that lawmakers started looking into it.

"It was hard listening to young girls frankly forced into marriage," said Winter.

Part of the testimony Winter referred to while speaking to 9NEWS came from a woman in Colorado who told lawmakers about how she got permission from her parents to get married at 16 to her first husband, who was 19 at the time.

"Although my experience is from 40 years ago, apparently it is still valid ... They had no idea, and I certainly did not know, that the man would be violently abusive."

The woman then said she didn't have her driver's license prior to being married and couldn't get one without her then husband's signature.

She continued to say: "I could not file for divorce until I turned 18 (which I did almost immediately after my 18th birthday.)"

Legislators also heard from clerks, who issue marriage licenses. They testified they've seen girls come in visibly shaken and not in the right state of mind to get a marriage certificate, but they couldn't do anything about it.

State lawmakers then passed House Bill 1316, which makes it illegal for anyone under 16 to get married. It changes the law that was in place, according to the bill's fiscal note:

The new law does, however, leave the door open for some 16 and 17-year-olds to tie the knot. In those cases, the teens would need to get a judge and a guardian ad litem, someone trained to represent kids in court, to say it's OK and make sure the teenager isn't being forced into a marriage.

Fraidy Reiss, with the group Unchained, an organization dedicated to ending child marriages, said that's the part of the law she takes issue with.

"More than 90 percent of children who married recently in Colorado were ages 16 or 17," Reiss said.

She said at that age, it's still very easy for someone to be forced into a marriage.

Winter said the reason behind this decision was to remain respectful to different communities in Colorado.

"There are situations where a 16 for 17-year-old [is] probably ready to get married," she said. "Based on economics, based on culture, based on experience. But we want to make sure in those rare situations she is treated safely."

Winter did emphasize that's why the added the safeguards, of requiring both a judge and guardian ad litem, are so important.

According to Winter and Reiss, most child marriages involve girls.

The Colorado Department of Public Health and Environment broke down how many juveniles, both boys and girls under the age of 18, got married in recent years:

Reiss said they've found child marriages across cultural, religious and non-religious groups, and that the downward trend in the statistics is reflected across the country but they are working towards zero child marriages.

One of her big concerns is the potential lifelong repercussion for minors entering marriage early, which may impact whether they finish their education, increase the likelihood of living in poverty, contribute to mental health issues and overall health, and lead domestic violence.

It's a concern Winter agrees with.

"I want all girls to be successful," she said.

The new law also addresses teenager rights. Under the old law, minors who got married weren't able to get divorced or access their healthcare because of their age. This law changes that for 16 and 17-year-olds who get the permission to get married.