Colorado team thinking about how to move moon dust

We'll need to do that if we explore the moon and build things there in coming decades. 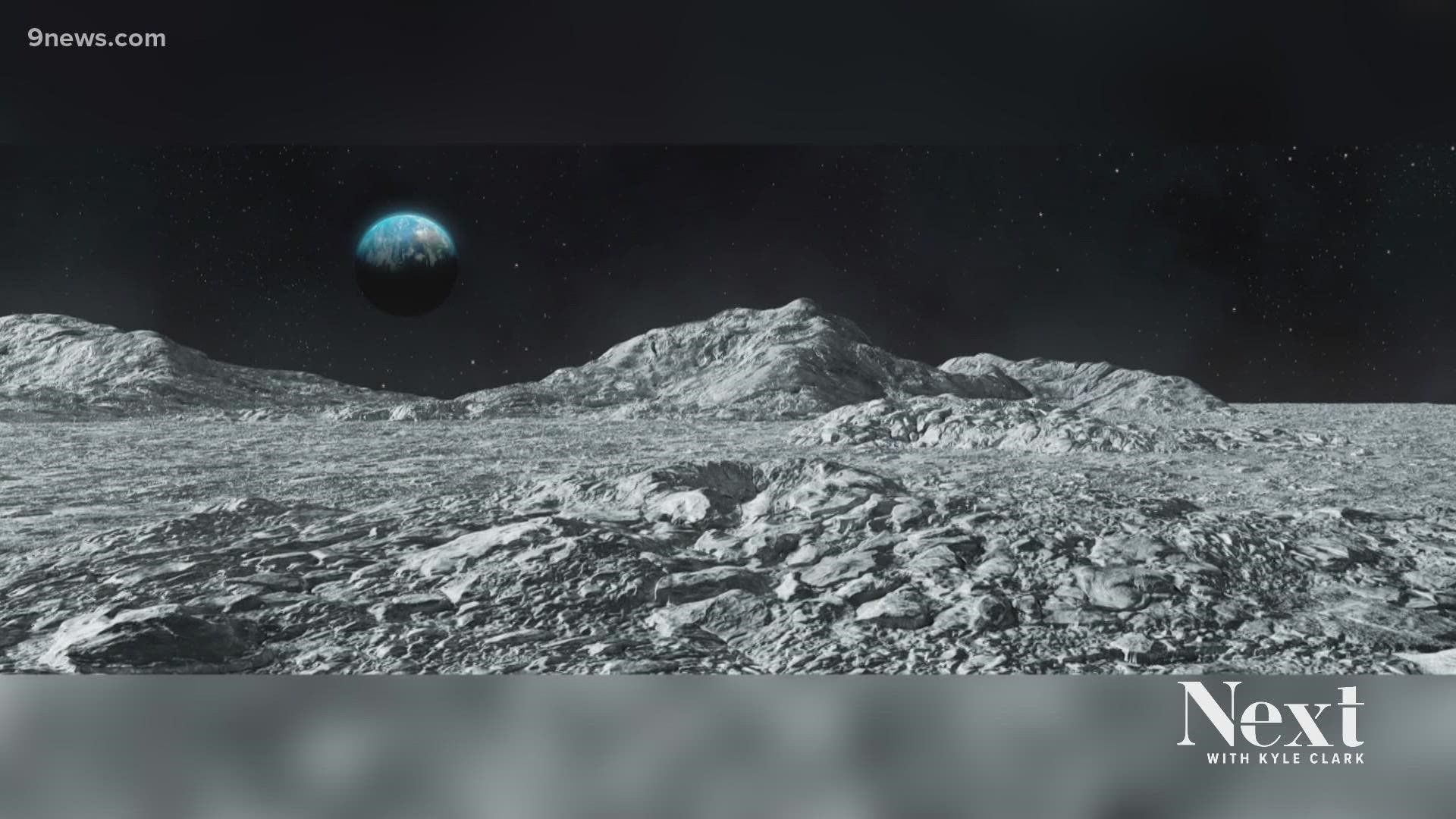 GOLDEN, Colo. — A team of Coloradans is working on an unusual problem: how to move moon dust and soil. We'll need to be able to do that if we explore the moon and build things there in coming decades.

Colorado School of Mines is working with Lockheed Martin for what's called the Over the Dusty Moon Challenge. Students from any university, anywhere in the world, can take part.

The challenge: design a system that can move lunar soil from point A to point B.

Dr. Angel Abbud-Madrid, director of the Center for Space Resources at the Colorado School of Mines, said the challenges are much different there than they are on Earth.

"That may seem like a very simple thing for us, because we see it all the time on construction sites," he said. "You see these trucks and conveyor belts. Or in mining operations. But try to do that in a place that doesn't have an atmosphere, has a vacuum. Extreme temperatures--minus 150 degrees. At one-sixth the gravity of Earth."

And the dust is not the same as the stuff we have on Earth.

"This is something that has never seen any erosion from water or wind," he said. "It's jagged-edged. It's abrasive. It's very fine."

Students also have to consider risks to humans and machines. The dust is so fine, inhaling it would be dangerous, and it could easily destroy equipment that's not designed properly.

The challenge includes both a design and a prototype phase. Entries are due by Nov. 29. Selected teams will be invited to build and test their systems at an in-person challenge at the Colorado School of Mines in June.

RELATED: Highlands Ranch teacher follows his dreams by going to space with NASA