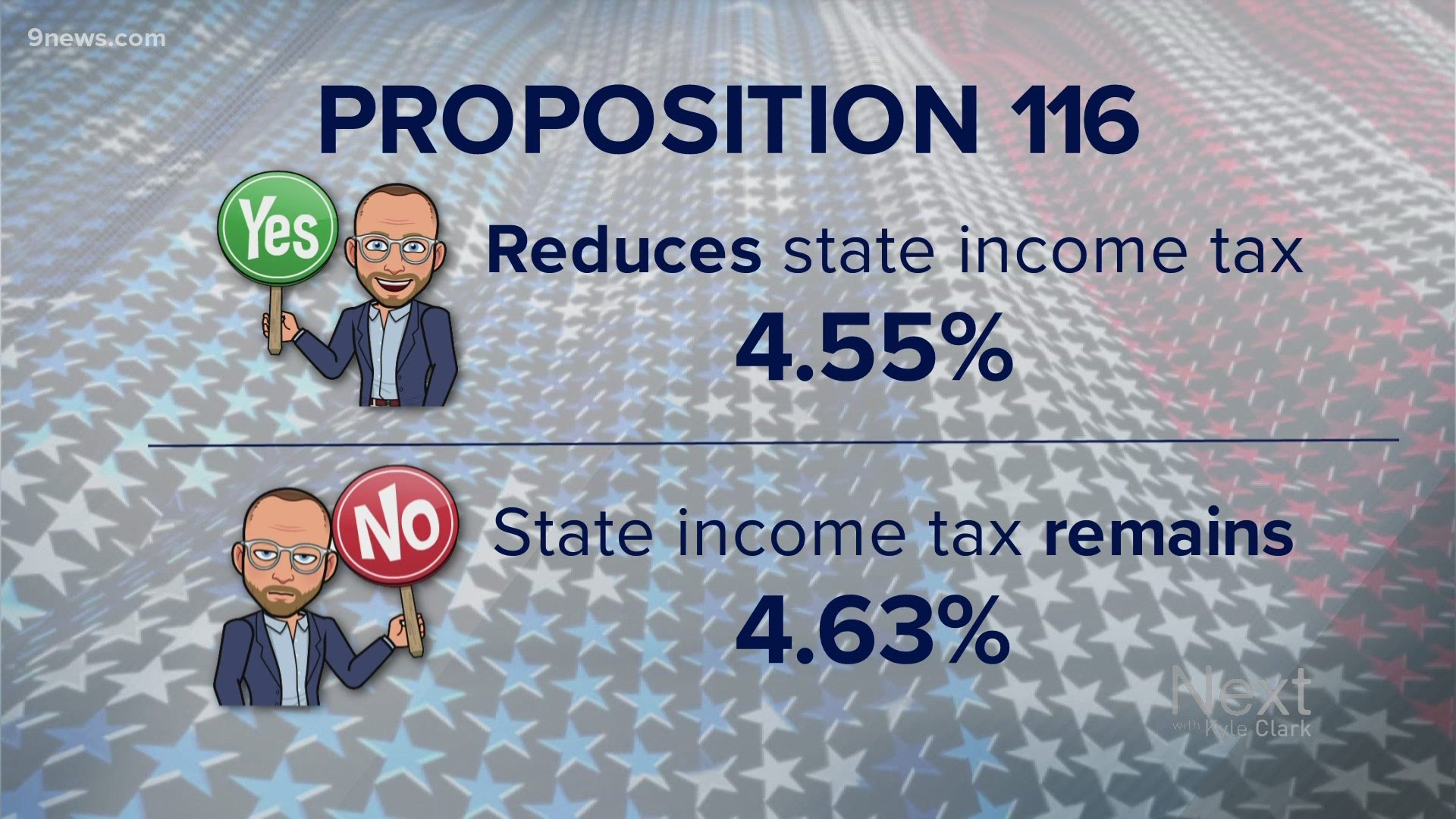 DENVER — This story is part of a series of statewide ballot issue reviews for Next: We Don't Have To Agree, But Let's Just Vote.

Proposition 116 might be the easiest to understand issue on a long and somewhat complicated election ballot.

A YES vote means you want the state income tax rate to drop to 4.55%.

A NO vote means you're OK if the state income tax rate remains 4.63%.

How much you keep depends on your taxable income. The bottom line? The more you make, the more you keep.

Where does your income tax go?

In 2020-21, the state's income taxes covered 60.5% of Colorado's general fund. The general fund is the part of the budget that the state legislature controls.

The general fund is the money that goes to the operation of nearly two dozen state departments:

A yes vote is estimated to mean $154 million fewer dollars for the state next year. That would mean less money to be split between the departments listed above.

Those seeking a yes vote argue that allowing residents to keep more money in their pockets will encourage spending, business investment and employment. They also argue the state should live within the money it has.

Those seeking a no vote argue that this is not the time to reduce state funding, as it could have an impact on the departments that are funded by state income taxes. They also argue the tax break benefits high earners more so than the general population.